Snacking with a Purpose: a History of Society Hill Snacks

If you’re reading this blog, I’m going to assume that you’re more than just a casual fan of Di Bruno Bros. And as a more-than-casual fan, it’s safe to assume you’ve experienced the Black Lava Cashew. Yes, that ode to simplicity: caramelized, salty, crunchy little nuggets that pair so perfectly with aged Gouda and Reggiano. We introduced them a few years ago, and today they are one of the ten most-popular products in the entire company. And while tasting one is a compelling enough reason to take some home, the story of its origin will make you feel really good about eating them.

Di Bruno Bros. is launching a new line of snacks. In doing so, we’re steadfastly resisting the appeals of mass-production in favor of small-batch, handmade production. We’re proud to receive the baton from Society Hill Snacks, a Philly-based manufacturer whose founder, Carmelita Thill, was known as something of a saint in the Frankford neighborhood of Philadelphia. When we heard they were closing in 2018, we were compelled to step in. Carmelita’s story was simply too good to let die. 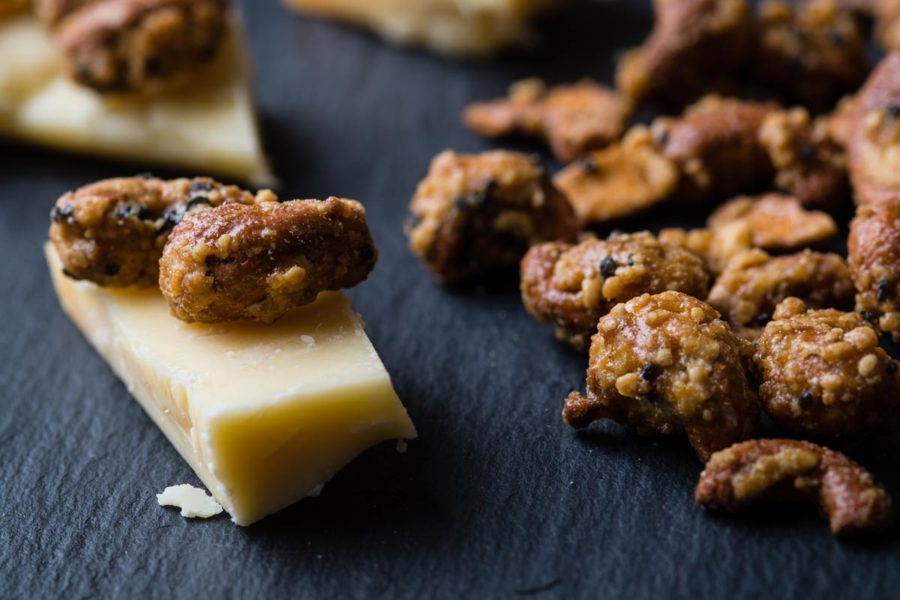 Carmelita was born in Venezuela and immigrated to the United States as a child, but she did not follow the typical path of the South American immigrant. She was born into money, and was raised on posh Park Avenue in downtown Manhattan.  After graduating from Columbia University with a degree in chemistry, she developed one of the earliest recipes for the time-release capsules commonly used for prescription drugs today. She entered into a lucrative partnership selling her product to SmithKline.

Carmelita moved to north Philly for love, and found herself with a chance to start fresh in the early 1970’s. Recognizing synergies between the processes for creating the hard coating of pharmaceutical pills and that of candying nuts, she decided to transition her career into snack manufacturing. Setting up shop in the north Philly neighborhood of Frankford, she adopted a Spanish technique called “mani garapiñado,” or “panning” the nuts. Working with rotating copper kettles – not unlike cement mixers – over open flames, cashews, peanuts and almonds were tossed in simple syrup and a little butter. Watching over the glowing cauldrons was the master nut roaster, armed only with a long wooden paddle, making sure nothing stuck and everything browned evenly. The recipe was time-consuming and laborious, but worth the effort. Carmelita soon found customers all over the region, including Dean & Deluca in New York, Bally’s Casino in Atlantic City, and the Andy Warhol Museum in Pittsburgh. 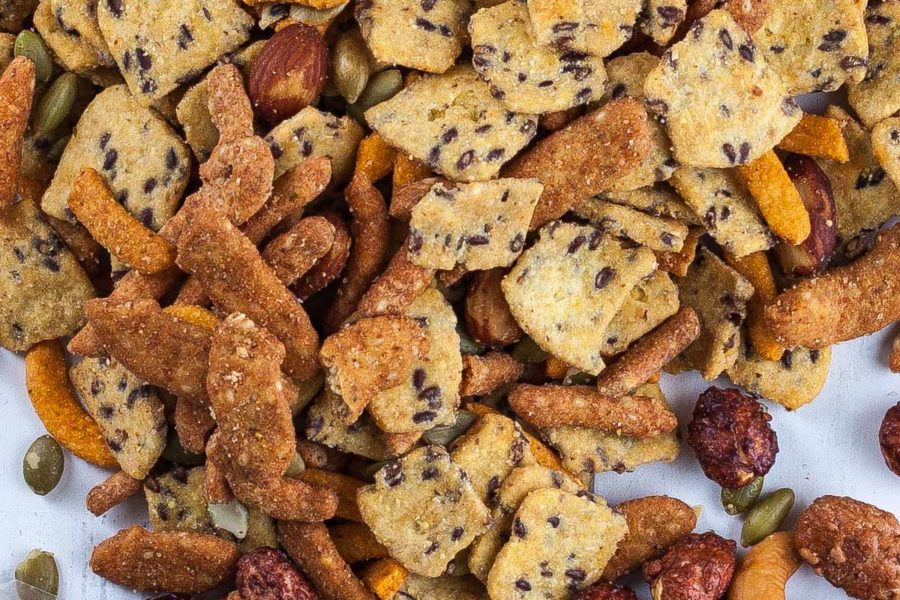 Carmelita knew she was fortunate. Her parents were wealthy, she had amassed a nice sum due to the SmithKline relationship, and now the nut business was booming. She saw an opportunity to use Society Hill Snacks as a means to give back to her community. She added more vats and hired more staff. Legend has it that she never refused a request for employment, creating opportunities for anyone who came looking. She treated her staff like family, and fostered an environment where the Latin American community could thrive. 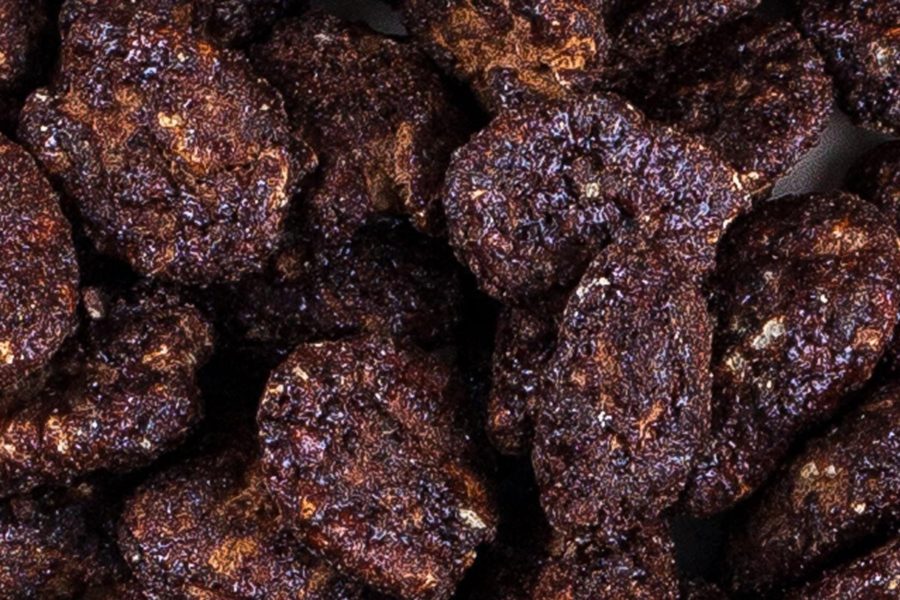 When she passed away in 1981, the Philadelphia Inquirer referred to her as “The Grand Dame of the Philadelphia Spanish-speaking community, the unchallenged Elder Stateswoman of the Cult.” Her staff carried on in her memory, and has passed down the operation several times over the last three decades. We first offered their products in our stores in 2011, and in the past eight years they have become staples of our assortment. The aforementioned Black Lava Cashew – which is caramelized and accented with black Hawaiian sea salt – has developed a cult following, while the Cinnful Cocoa Pecan – coated with cocoa and cinnamon – is our go-to condiment for triple creams and blue cheeses.

So, when Society Hill informed us last year that there was no one left to carry on the line, we stepped up. Not only did we want to continue Carmelita’s legacy, but we were legitimately concerned about what life would be like without Black Lava Cashews. L’Amuse Gouda, itself a butterscotchy, salty and crunchy gem, would be without its soulmate. Or Delice de Bourgogne, the lush triple crème from Burgundy, would feel naked without Cinnful Pecans and an amarena cherry. And Parmigiano Reggiano would so desperately miss its Tres Toffee Pecans.

Today, it’s a Di Bruno employee stoking the flames and manning the wooden oars. The original copper pots, now over 100 years old, are as effective today as they were during Carmelita’s tenure. And you know we’ll be adding our own twists to the recipes.

In celebration of our new venture, we are expanding the offering with several new snack mixes. Click here to see the full lineup, and make sure not to miss these exciting additions:

Loco Coco Almonds – Tossed in a clear chocolate glaze and roasted to perfection. A new must-pair with Stilton.

Black Lava Peanuts – Caramelized and tossed with black Hawaiian sea salt. Great for snacking or on top of ice cream.

We hope you’ll join us as we celebrate Carmelita through food. Pop into a store for a sample, or order online. You won’t be disappointed!

Hunter,
I truly enjoyed learning all about Carmelita. Well written piece! Black lava cashews are awesome! A favorite of my book club friends!