Welcome to “New Ways to Eat,” in which we will take beloved foods that are already great, just as they are, and then still have some fun gussying them up with other delicious things. It’s making a great thing even more great, because we can.

First, some history, and a debate: is the watermelon a fruit or a vegetable?

According to watermelon.org – a site that we were quite delighted to discover the existence of – “Unofficially speaking, the watermelon is everyone’s favorite summer fruit. Because it’s made up of over 90 percent water, it’s guaranteed to refresh on the hottest of days. We add it in our salads, blend it into our cocktails and eat it by the pound. But this beloved sweet, pink fruit has some identity confusion. Some folks refer to it as a vegetable and some are steadfast in its designation as a fruit. If you talk to a botanist, they’ll maintain that watermelon is a fruit because it develops from the plant’s ovary after flowering and holds the seeds. A vegetable is anything eaten from other parts of a plant, like spinach leaves or carrots (which are roots). But if you ask anyone in Oklahoma, they’ll tell you it’s a vegetable. The state even declared the watermelon its official vegetable in 2007.

How did they come to see the watermelon as a veggie? The watermelon is a member of the cucumber family known as the Cucurbitaceae, which includes gourds as well. They’re grown like vegetable crop using vegetable production systems. And they are generally treated as a vegetable for culinary uses. So even if the watermelon is mostly eaten as a fruit, it got lumped in with vegetables in some circles of thought.”

So there you have it. It’s a fruit…to some…but not all. Looking at you, Oklahoma.

Getting back to ways to eat watermelon….

So there’s the obvious “cut a watermelon and eat it” mentality that so many of us know and love. Don’t lose this habit – this is one of your best summer food friends. But have you ever tried any of these fun ideas for when you’re trying to stray from the same ol’ summer menu? 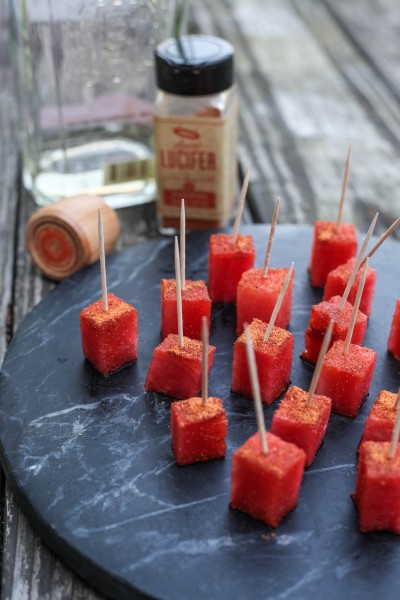 Sweet and juicy, the watermelon is the perfect counterpoint to something hot and spicy. With this in mind, let’s welcome St. Lucifer Habanero Spice Blend to the party.

This spice blend isn’t obnoxiously spicy, nor overly salty. It’s got the flavor of heat with a little burst of paprika on the finish, instead of just being a hot hot flavorless heat. Imagine a spicy watermelon margarita, but without the alcohol. That said, you could muddle these up and add some…or just these as a chaser for your favorite tequila shot.

Cubed Watermelon Quantity of your choosing

Add a toothpick and snack on with your spicy self! 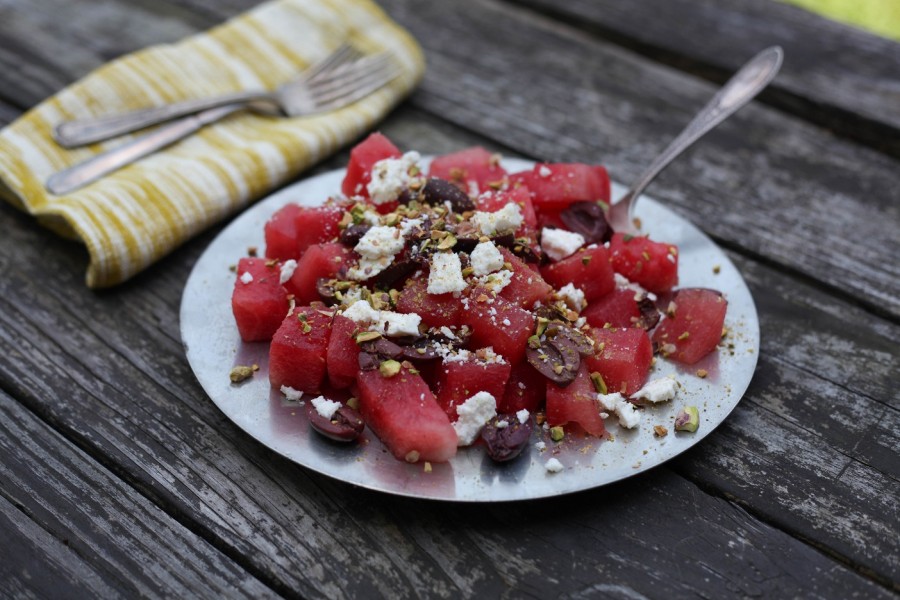 This salad was adapted/borrowed/highly appreciated from the Zahav cookbook, as credit must go where credit is due. You can check out the original recipe here, although this is simple enough to also improvise on your own. Briny, oil-cured olives punch up the sweetness of a ripe juice melon, while toasted pistachios add some crunch and feta cheese brings it all together with a touch of creamy salinity.

Our feta of choice is special in itself – we used the newish St. John’s Feta, hailing from the Peloponnese in Greece and quite literally made by nuns. Yes, nuns make cheese, specifically by Greek orthodox nuns, in the city of Larissa in the mountains of the Peloponnese, in a monastery built by Saint Dominious in 1520. You can read more about this feta on the blog here. 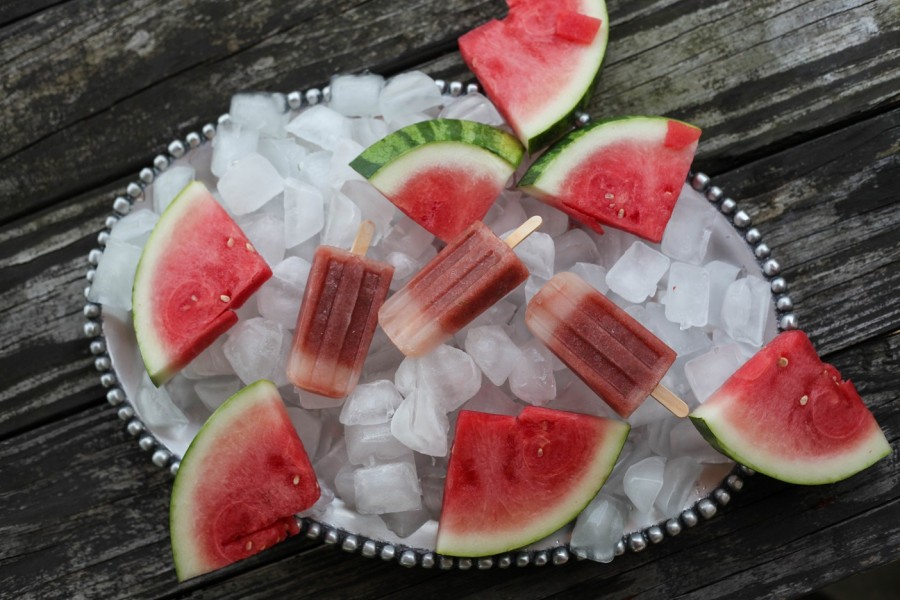 Watermelon Basil popsicles are our newest favorite flavor of popsicle. They’re simple to make and literally scream SUMMER with every lick. 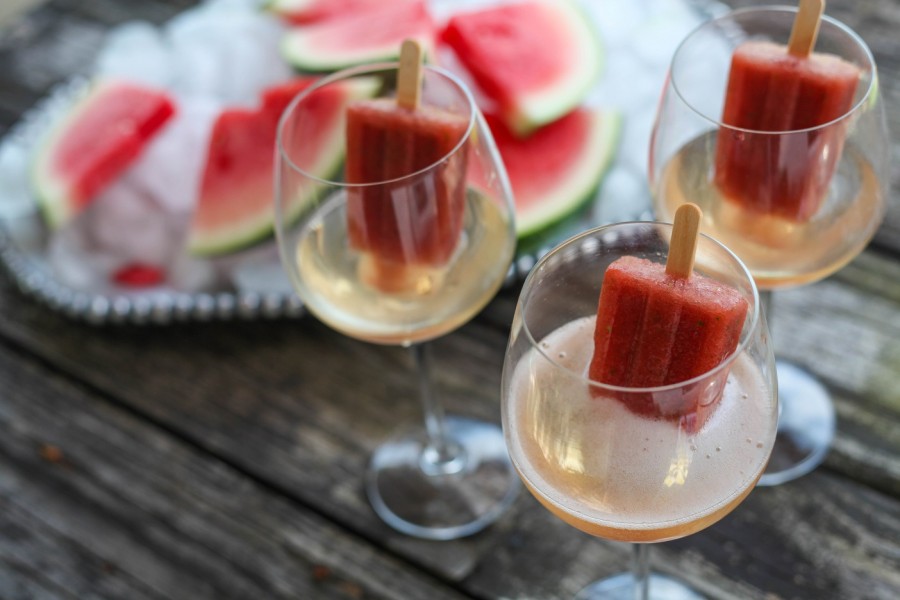 Here’s how we made the pops:

1.Make a basil simple syrup – you can use any leftover in future cocktails. Boil 1 cup water, 1 cup sugar and about 12 basil leaves. Boil until the sugar dissolves, and then let it cool.

One last tip: don’t forget to chill the Prosecco completely so the popsicles don’t melt when you put them in!