Prosciutto di Parma, and the Virtue of Patience

“It is the time you have wasted for your rose that makes your rose so important.”  This quote from The Little Prince is as applicable to ageing Prosciutto as it is to anything else. It is a reminder that time spent nurturing something is never time “wasted,” while serving as a testament to the fact that some things simply cannot be rushed.  Prosciutto di Parma is one of those things.

Our newest discovery is the oldest prosciutto we’ve ever offered, a 30-month variety from Tanara Giancarlo Spa. Until now, our oldest Prosciutto was the 2-year Black Label Reserve from Greci & Folzani, itself aged twice as long as the law requires. But does another six months really make that much of a difference? As it turns out, the answer to that is definitively “yes.” Let’s talk about why.

Prosciutto di Parma, the sweet, silky king of Italian hams, is made with only four ingredients. And only two of those ingredients – pork and salt – are physical. Indeed, it is hard to imagine how one of the crowning achievements of Italian cuisine can be comprised of so little.

We hear the word terroir used extensively these days. Ubiquitous in wine and cheese vernacular, terroir has no direct translation in English, but loosely means, as our friends at Jasper Hill put it, “a taste of place.” If we were to make Prosciutto di Parma, using all the same ingredients, in some other part of the world, it would not taste the same. It might taste similar, it might still be great, but it would not be Prosciutto di Parma.

Terroir starts with the land. What is growing there? What do the pigs graze upon when they’re in the fields during the day? Somewhat surprisingly, the presidium that governs Prosciutto di Parma allows for hogs from across northern Italy and as far south as Tuscany to be used in their product. But we believe, and the most old-school producers insist, that the best Parma hams are made with real Parma hogs.

Essentially, the more terroir they absorb, the better the Prosciutto. Not only do these pigs graze on the pastures of Parma hills, but they’re fed the whey of one of Parma’s most prized ingredients: Parmigiano Reggiano. This imbues them with as much “taste of place” as possible, and makes them the prime choice for Prosciutto di Parma production.

As discussed in our second edition of Food 4 Thought, a product as simple as salt can vary substantially. When used for curing Prosciutto di Parma – and all charcuterie – the purpose is to expel moisture as quickly as possible, which makes the ham inhospitable to dangerous pathogens and bacteria. As the water content declines, the flavor compounds concentrate and create richer nuances.

This is a high-wire act. Identifying the right salt, and the right quantity of that salt, is an art as well as a science. Ensuring that the ham is safe to consume, without adding too much salt to make the ham dry and, well, salty, is a skill that takes time to develop. This is even trickier considering that they’re dealing with all natural product, and not every pig leg is the exact same size.

Our producers use only Sicilian Sea Salt, which was the preferred method during the Roman Empire. This salt is highly effective, which means that a little bit expels a lot of moisture. The result is a safe product that does not taste salty, allowing for the terroir in the ham to shine.

Air is air, right? Not according to the presidium of Prosciutto di Parma. Their description of the air in Parma reads like a romance novel, citing how breezes from the Adriatic Sea, the Swiss Alps and the surrounding forests mingle in the hills outside of Parma. These winds create a unique microclimate that is perfect for ageing Prosciutto. Not too humid. Not too hot. Cool temperatures at low humidity impart flavor without expediting the maturation process.

The best producers build windows in their ageing rooms so that, when the weather is ideal, they can allow this distinguished air to nuzzle up against the aisles of curing prosciutti. It only makes sense, then, that the number of months spent in this ideal condition would impact the final product. This is why the presidium includes a fourth ingredient:

By law, in order to be certified Prosciutto di Parma, the ham must be aged for 400 days, which ensures that the ham experiences the air of every season.  Predictably, that is the age when most producers sell it. Having met all the requirements established by the presidium, they can stamp it with the official five-point crown and turn profits as quickly as possible.

But some producers believe that the longer the ham experiences Parma air, the better it tastes. Tanara Giancarlo Spa, our newest discovery, is one of these producers. They taste their hams routinely to determine whether they should be sold immediately, or if they have the capacity to age an additional six months. While additional time can be a benefit, it can also cause a ham to dry out and become undesirable.  Only hams that meet perfect conditions can be aged an extended period.

Until November, the oldest ham we’ve ever sold was a 24-month version from Greci & Folzani. We’re proud to introduce an incredibly rare, 30-month Prosciutto from Tanara. This ham, in all honesty, rivals Jamon Iberico from Spain. It still eats with the delicacy you’d expect from Parma, but the flavors are richer. It’s nutty, a bit fruity, with sylvan undertones of the Apennine terroir. Simply put, it’s the new best Prosciutto we’ve ever sold, and we’re proud to celebrate this discovery with our customers. 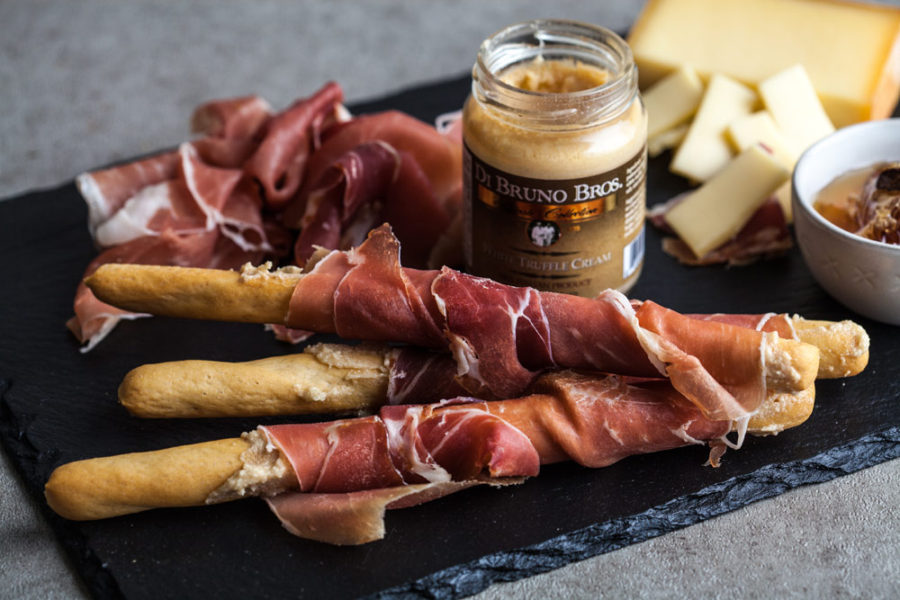 Tanara Giancarlo Spa was founded by Giancarlo Tanara in Langhirano, Parma, in 1954. For point of reference, that predates the Consorzio del Prosciutto di Parma, which is the governing body overseeing and approving every ham that earns the Prosciutto di Parma seal. Today, Giancarlo’s son, Paolo, serves as the master prosciuttificio, and inspects every single leg before submitting it to the consortium for approval. This generational, inherited level of craftsmanship that can only be acquired through years of practice and immersion. Like Prosciutto itself, the ability to cure Prosciutto is an art form honed over time.