Imagine you had the ability to taste a favorite flavor for the first time again; to experience that thrill of discovery.  Would it be something elegant and rare, like fresh white truffles or Jamon Iberico?  Would it be a seasonal cheese – one that only emerges a few months in the winter to tantalize your taste buds – like Winnimere or Vacherin Mont d’Or?  Maybe an acquired taste.  Something that took several tries to appreciate, but you now love.  What if you could taste it for the first time having pre-acquired that taste?

Now imagine that instead of the exotic, you tasted something innate and familiar for the first time again.  How magical would it be to rediscover salt?

The first time I tasted J.Q. Dickinson Salt, I knew nothing about it.  The extraordinary industrial history of the area, the family, the geology: all I knew was that I was tasting salt.  But it was noticeably different.  Clean, crunchy, and moderately intense, it was similar to eating a freshly-fried, homemade potato chip.  I needed to know more. 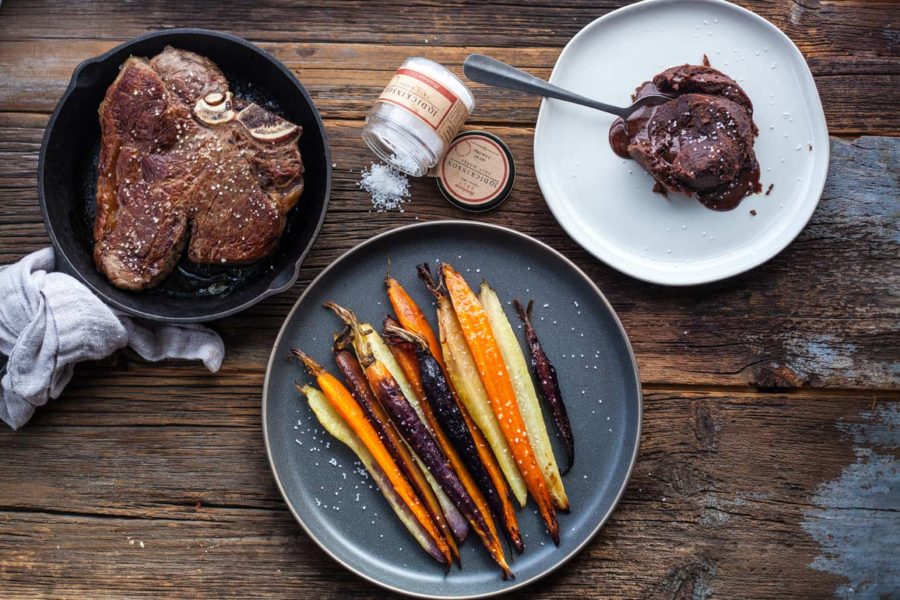 The origin of this salt dates back approximately 400 million years, when the Iapetus Ocean was enveloped by colliding landmasses and the Appalachian Mountains were formed.  The Iapetus has remained untouched, unseen and untouched by the sun, preserving what is, now, the most pristine saltwater reserve in the world.  The only hint to its existence was a handful of springs burbling salt water, first identified by Native Americans who witnessed wildlife licking nearby rocks.

Settlers began boiling this “brine” in the early 19th Century, and William Dickinson officially started his business in 1817.  Using a hollowed-out tree trunk for piping, he pumped water from the Iapetus Ocean hundreds of feet below the ground.  By the 1850’s, there were hundreds of salt producers along the Kanawha River, making it the largest salt-producing region in the United States.  In 1851, it was named Best Salt in the World at the World Fair in London.

The principal customers for the salt were the meat packers in Cincinnati.  But as the meat industry moved north to Chicago, salt produced in the Great Lakes replaced Kanawha salt.  Production of West Virginia salt slowly waned until 1945, when the Dickinson family became the last farm to close up shop.

A Revival, Seven Generations in the Making

A few years ago, 7th generation sister and brother, Nancy and Lewis, decided to revive the family tradition.  Inspired by the farm-to-table movement, and the need for transparency in the food chain, they believed today’s customer would respond favorably to their history and product. Using centuries-old maps hoarded in the attic, they drilled a well in the exact spot where their great-great-great-great-grandfather first drilled his.  They struck their target on the first try. (It’s not like the Iapetus Ocean was going anywhere).

The production is simple, bordering on quaint. Salt water is pumped by hand and held for a week to clarify. It is then moved into a sun house where the water content is solar-evaporated, concentrating the salinity.  Using a wooden rake, the resulting salt crystals are harvested onto cloth to dry, before being hand-scooped into the final retail jar.

Because the process is as non-obstructive as it gets, relying strictly on Appalachian mountain air and the sun’s heat, the production time can take anywhere from four to thirteen weeks.

That’s amazing! How is it different from Morton’s?

If one word could be used to sum up why it’s better for you – and why it’s tastier – it would be this: purity.  Because the Iapetus Ocean is totally devoid of contamination, and because the make process involves nothing but the sun’s heat and human hands, Dickinson Salt is clean and mineral-rich. It’s as though you were able to harvest sea salt from the Paleozoic era. Taste a few crystals off your finger.  It’s crunchy and pleasant, but surprisingly not overly salty.  It tempts you to taste it again, whereas most salt would have you reaching for a glass of water.   (note: please don’t just sit at your desk and snack on it.) 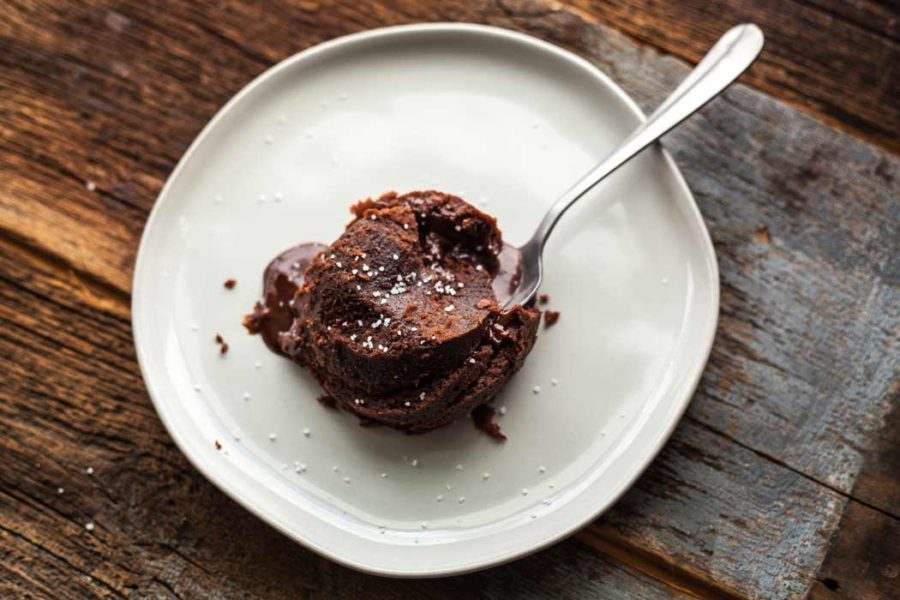 Discovering this salt was an eye-opening experience.  It forced me to reconsider an ingredient as ubiquitous as salt.  Virtually every recipe include the phrase “add salt and pepper to taste” without specifying a type of salt, as though they’re all the same. If we’re going to become discerning consumers of cheese and charcuterie, should we not also scrutinize the one ingredient we put on almost everything?  I know I sure will.

How to use it:

Flavors this pure should not be combined with anything too complex.  Simple is better.

2.      Steak: charred on the outside, red in the center, accented with a flick of J.Q. Smoked Sea Salt. 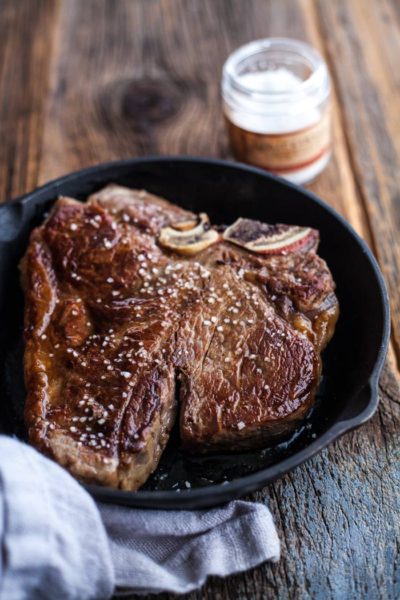 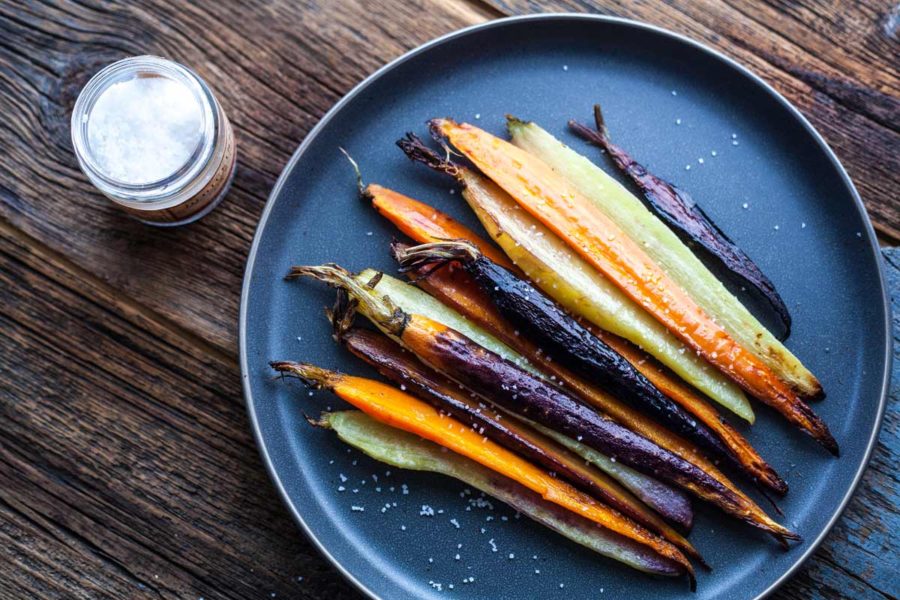 5.      Focaccia: if you’re ambitious enough to make your own bread, top your next focaccia with this salt.

*All photos by Jackie Botto, copyright 2018