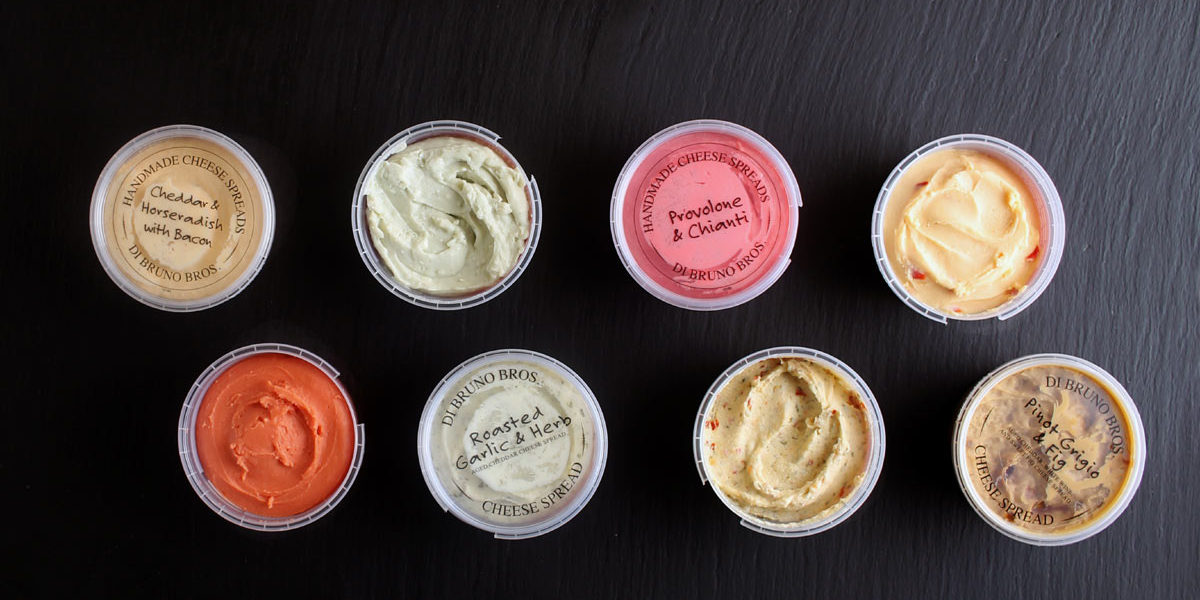 The most common question we get asked as cheese mongers is “What is your favorite cheese?”. Though we’ve heard it a thousand times, it’s still a fun one to answer, because real cheese changes with the season, and favorites can change just as frequently.

Answers typically range from the practical – Parmigiano Reggiano is always a safe bet, as is Gruyere – to the seasonally sublime – hard not to vote for Rush Creek Reserve in December – and everywhere in between. Certain mongers might reference the cheese label tattooed on their arm, or, in my case, the cheese I named my son after (Montgomery’s Cheddar).

But if you alter the question just slightly, and ask “What cheese do you have in your fridge at the moment?”, chances are you’ll start to hear the same response ad nauseam: Di Bruno cheese spreads.

Yes, over all the clothbound cheddars, gooey bries, and crystalline goudas, the cheeses we can’t live without are our house spreads. Why? Because they have numerous applications, come in a variety of flavors, and have a higher flavor-to-price ration of any cheese in the shop.

I’ve had the pleasure of working for Di Bruno Bros. for over two decades now, and I’ve achieved many milestones along the way. But the first time I knew I’d made it was the day they taught me how to make the spreads. Back when we only had the one store in the Italian Market, we would make all of our spreads on the second floor in a mixing bowl large enough to sit in. Four varieties of cheese made up the base for the full line: Provolone, Cheddar, Cream Cheese, and Goat Cheese. Spices and dry ingredients were on the shelf overhead, above hand-written recipes created by the original owners, Danny and Joe. The spreads were a big deal, and learning how to make them was an equally big deal. 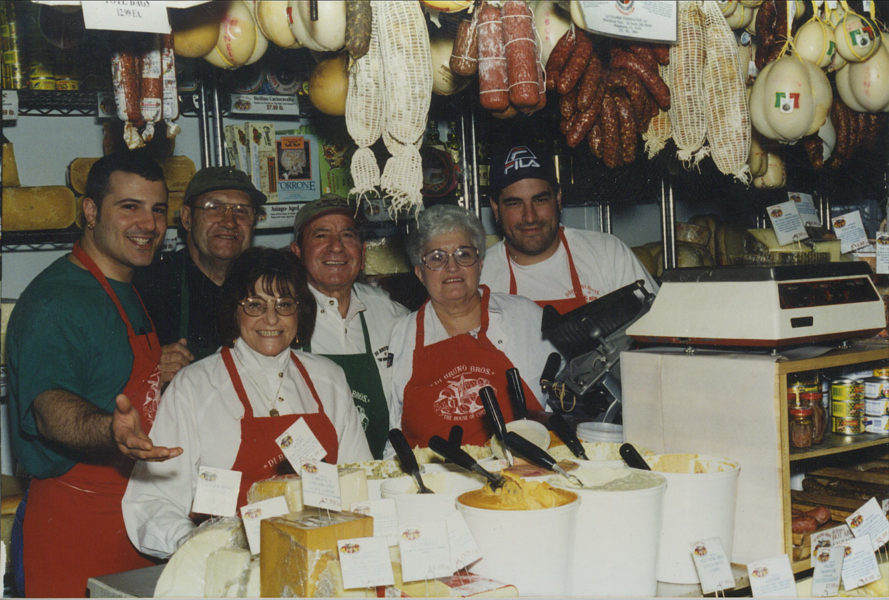 We sold the spreads loose out of buckets by the front door. Customers would sample them the way they sample gelato at Capogiro now, slowly working through the full assortment until they’d made up their minds. It wasn’t uncommon for the spreads to make up the bulk of the purchase.

Nowadays, the spreads come in a more professional package for $6.99 (2 for $10), but the heart and soul is the same as it ever was. We use the spreads for everything. As they were originally intended, they’re dips for appetizers, served with crackers, toast points, or crudité. They make excellent pasta sauces, when simply melted down with either a little cream or chicken stock and tossed with pasta. I enjoy them most at breakfast, melted into scrambled eggs or smeared on the toast of my breakfast sandwich.

This summer, we want to share our enthusiasm for these spreads with our #spreadthecheeselove social campaign. One of the things we love most about the spreads is how well they travel. Whether down the shore, on a picnic in Rittenhouse Square, at an outdoor concert, at the Phillies game, or on a long road trip, DB cheese spreads are your friend.

1. Which two of the spreads do you like with Pasta?
2. When purchased August 1, 2018, what are the expiration dates?

Hello!
You can certainly experiment with several of the cheese spreads, but Abbruzze and Roasted Garlic & Herb are the two best for pasta. Simply add towards the end of your preparation and stir until you reach your desired consistency.

You should generally enjoy 30-60 days for an opened container and longer than that for a sealed spread.