Welcome to “New Ways to Eat,” in which we will take beloved foods that are already great, just as they are, and then still have some fun gussying them up with other delicious things. It’s making a great thing even more great, because we can. 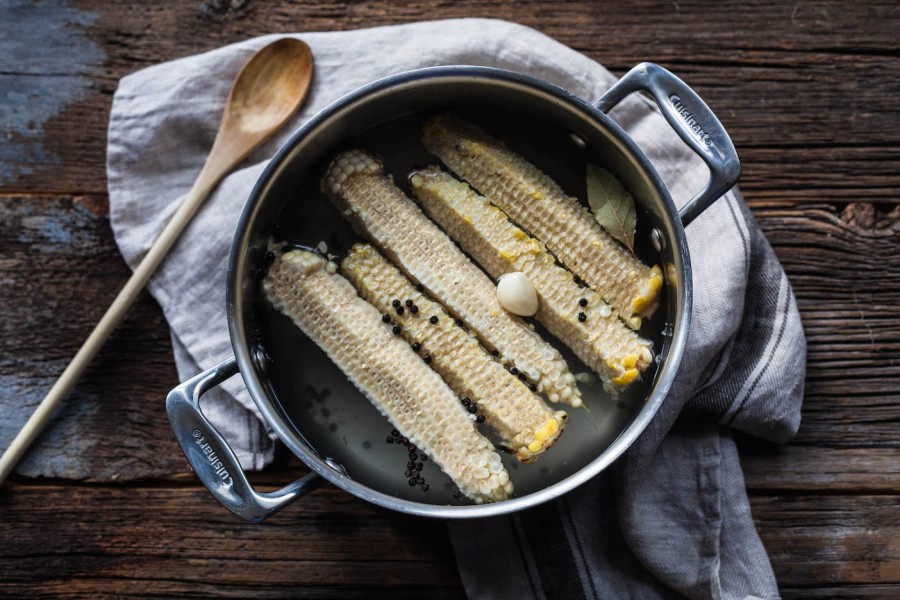 It’s rare to love a food that gets stuck in your teeth and causes you to break out the floss (the horror!) but sweet summer corn still manages to make our hearts thump. Available in the warmest of summer months in sheer abundance, corn is one of those foods that just makes you think “summer.” Unwrapping the thick exterior leaves is like Christmas in July, stripping the wrapping paper away to find the sweet corn goodness inside. And now that we’ve officially gone a little bit too far, let’s move on to….

Corn: The Briefest of Histories

Is it a grain? Is it a seed? The husk is like a protective cape, right?

Corn is a kind of seed, similar to wheat or rice, that originally came from a wild Mexican grass called teosinte. It was discovered roughly 7,000 years ago. Corn has lots of carbohydrates, minerals and fiber and is rich in vitamins B and C, but has less protein than wheat, barley, etc.

Is it a fruit, a vegetable, or a grain? Yes. Yes to all. Whole corn, meaning eaten on the cob, is considered a vegetable. The corn kernel itself (popcorn) is considered a whole grain. To complicate things, many grains (including popcorn) can be loosely considered a fruit, because they come from the seed or flower part of the plant. Vegetables generally come from the and stems of a plant, which is why some foods people consider vegetables are actually fruits, such as tomatoes.

So, yes. Corn is actually a vegetable, a whole grain, and a fruit. Better, and less confusing news, is that no matter what form it comes in or what category it falls into, corn is good for you and can be part of a healthy diet, so long as it is natural and not processed. Your most cost-effective and healthful option is always to buy and shuck your corn yourself – and it’s actually kind of fun!

In the spirit of simplicity, corn is delicious just grilled, steamed or even eaten raw, if you like it as sweet as can be. Add a bit of butter, or salt, or even take a cue from us and drizzle on the Abbruzze Spice.

Or, for when you get tired of the same ol’ thing, here are a few more festive and fun summer corn ideas. Strip them husks and get cooking! 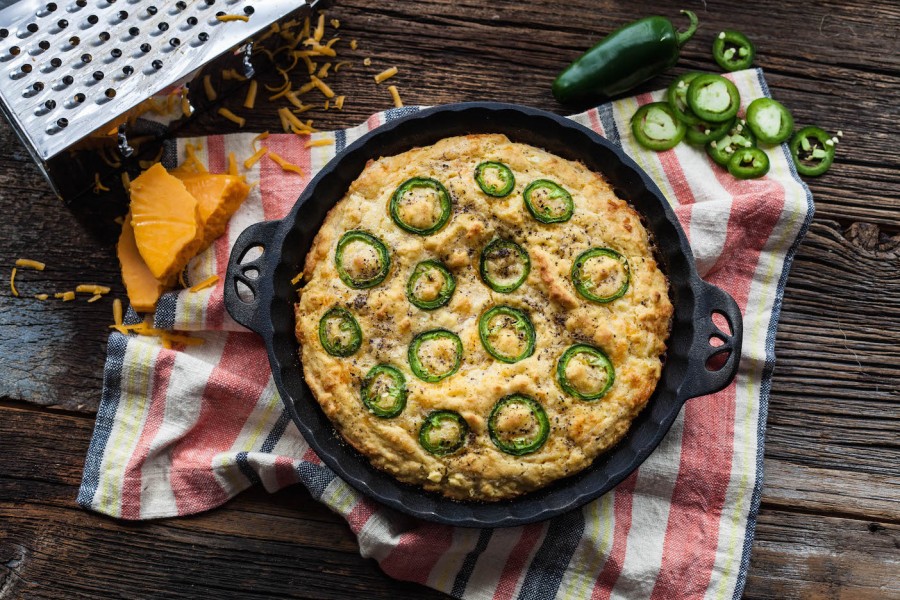 Add the cornmeal, flour, sugar, baking powder, and salt to a large bowl. Stir until they are well combined.

In a separate bowl, whisk together the milk, egg, and vegetable oil.

Pour the liquid ingredients into the bowl of dry ingredients and stir just until a lumpy batter forms and no more dry flour remains on the bottom of the bowl. Do not over stir.

Add 1 cup of shredded cheddar cheese and fresh corn to the batter and gently fold until they are incorporated. Prepare a 9″ pie plate with butter. Pour the batter into the dish. Arrange the sliced jalapeño, and sprinkle the remaining shredded cheddar over the top.

Bake the cornbread for 18-20 minutes in the preheated oven, or until the center is puffed up and the cheese on top is deep golden brown. Let cool for about 5 minutes, then slice into 8 pieces and serve. 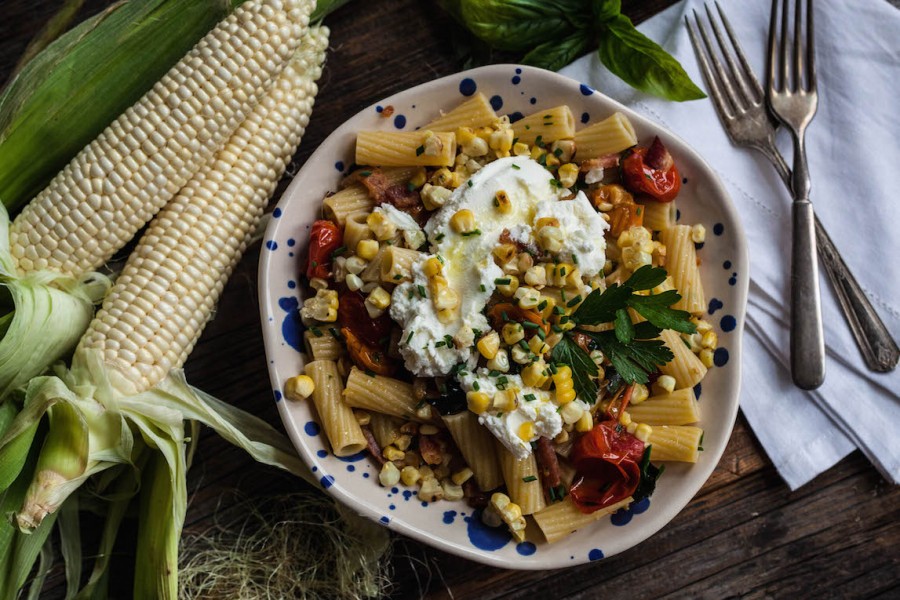 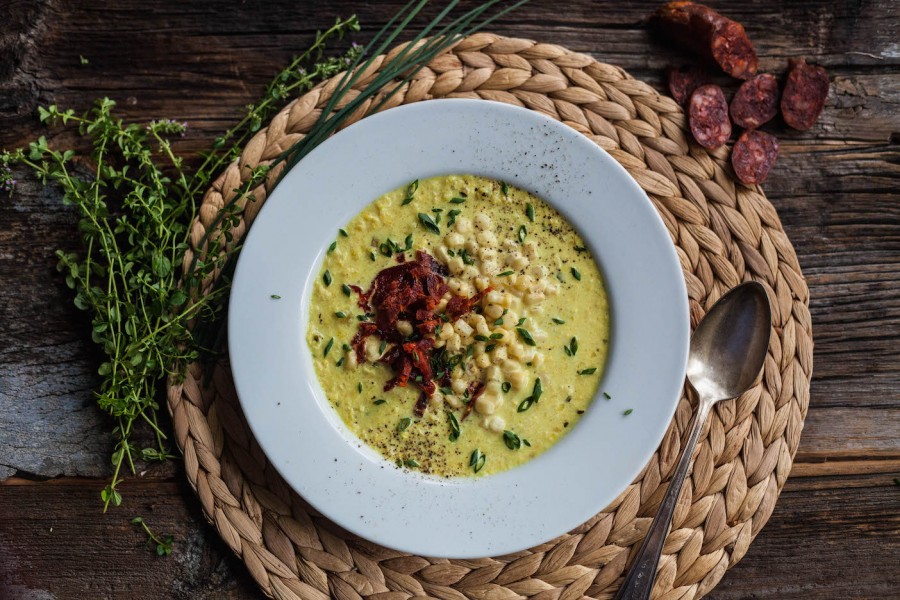 The key to making this soup great (besides the salty hunks of Chorizo) is to make a stock from the corn cobs.