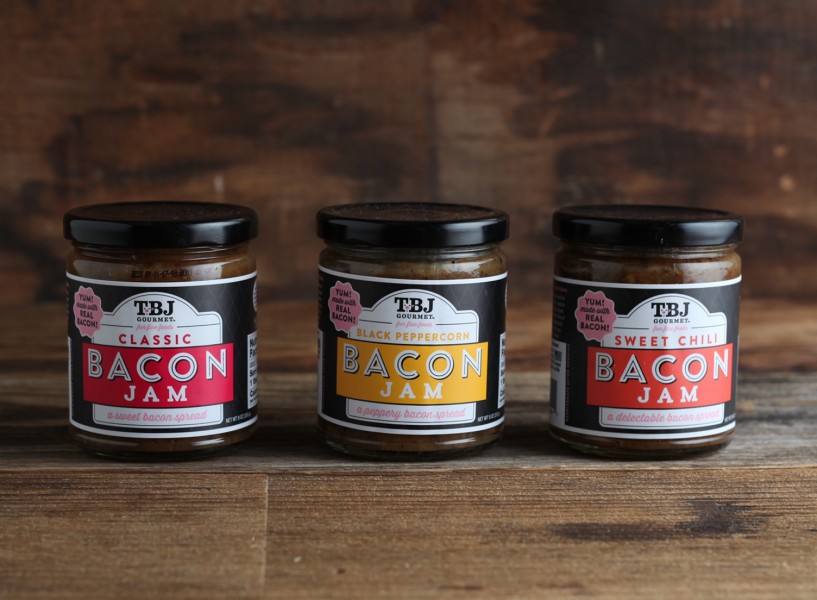 The Bacon Jams was originally conceptualized as an ingredient in a snack on a Philadelphia Eagles tailgate menu, and the product line and popularity have only grown since them. Bruce Kramer and Michael Oraschewsky started selling their jam concoction online in 2013, and now sell them in nearly every state in America, though we love them because they’re local to us in Philadelphia! They regularly sell out at food shows and on grocery store shelves. Barack Obama even called them up and requested their bacon jam—but don’t just trust us, trust their blog….

So, it’s been said that “bacon goes in everything.” Meat enthusiasts tend to agree, with glee. But since bacon also generally needs to involve a stove and heat, and time, Bacon Jams were a way to speed up the process of adding a bacon twist to your favorite foods. At their core, they are largely a bunch of bacon (1/2# per jar, to be precise) as well as caramelized onions, sugar, and in some cases beer. If you love that crispy, sticky and somewhat sweet edging that you get on bacon when it’s cooked in a cast iron for long enough, think of this as a whole jar of that goodness. Which brings us to daydreams of bacon caramel….

So, how should we use this stuff? 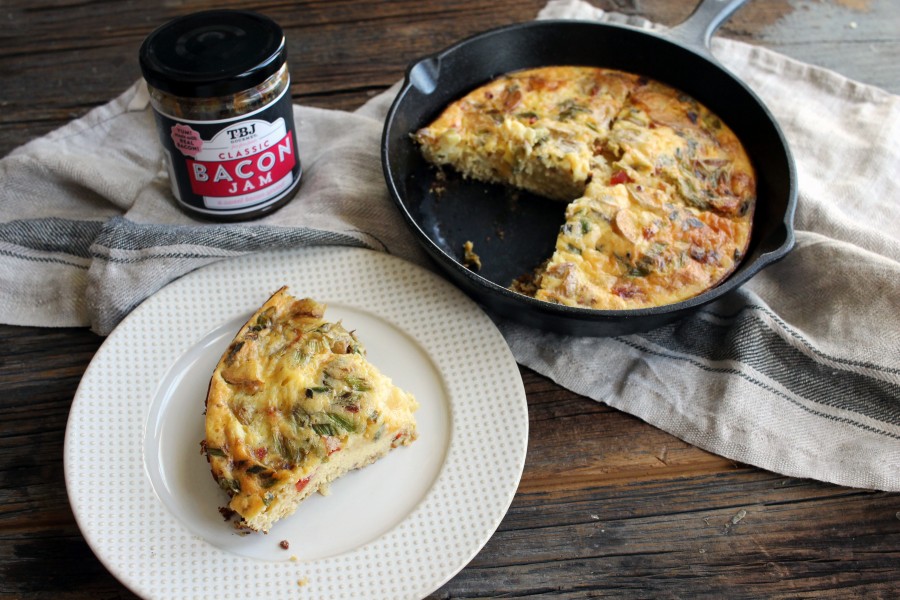 Put down the delivery menu and mix up the eggs. Frittatas are an unsung hero for busy weeknights, or any ‘ol night that you’re super hungry but don’t actually feel like cooking a composed meal. As long as you have some eggs, vegetables and meat for filling, you can have a frittatta in under half an hour. (Psst—here’s how to make a frittatta if you’ve never done so.)

So if you’re anything like me, you’ve probably always got a bunch of random vegetables in your house, but rarely “extra” meat. Bacon jams to the solution! Mix this savory bacon-laden jam into your fritatta mixing, and boom. It’s a meaty meal, but without having to make a grocery stop on the way home. And we all know how well eggs and bacon already go together…

You CAN Win Friends With Salad, If Your Dressing is Made With Bacon Jam 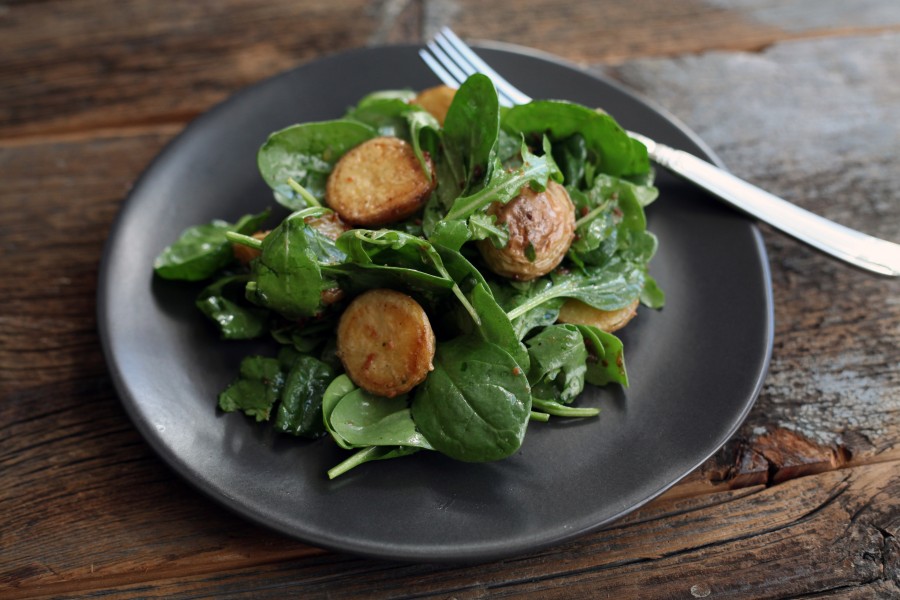 Lisa Simpson didn’t win friends with salad, but you sure can. Shake some Classic Bacon Ham with oil and vinegar for a bacon-tastic salad dressing—we suggest equal parts bacon jam, olive oil and red wine vinegar.  (Balsamic may be too heavy.) Use this dressing on fresh greens, either light greens or something dark and bitter, and toss in your other favorite salad fixings. Since spring is here, consider roasted potatoes, asparagus and some hard boiled egg for your bacon jam salad. It’s still somewhat sort of healthy, if you think about it…. 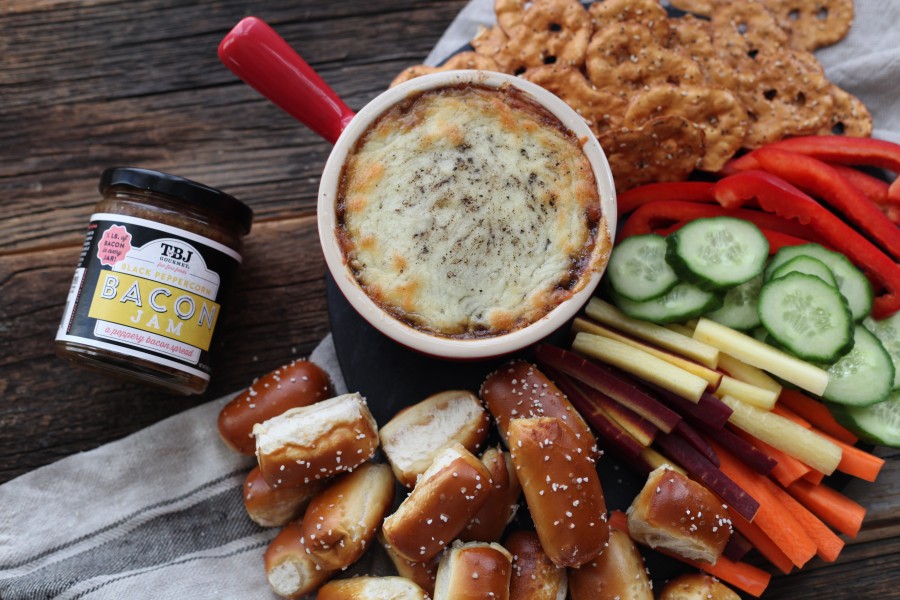 You can dip cheese in bacon jam, or you can melt cheese and bacon jam down together and dip other things in that concoction. There’s no wrong answer. 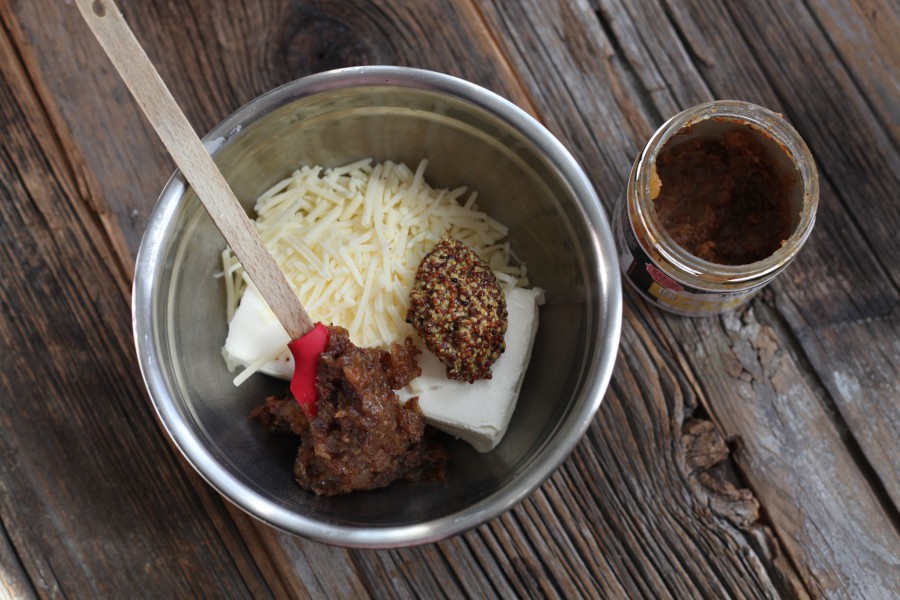 To make a simple cheese-bacon-deliciousness jam, mix a few dollops of the Peppercorn Bacon Jam with softened cream cheese, roughly a pack. Adjust all of this to fit your personal taste. Also add shredded cheddar and grain mustard—the black pepper in this flavor and the savory mustard are key to making this dip perfectly balanced and not just a sweet cheese bomb. Put it all in an oven safe container and broil until the top gets crispy and little bits of gooey cheese warmth are bubbling up on the sides.

Serve with your favorite vegetables, pretzels soft and hard, crispy crostini, and more. 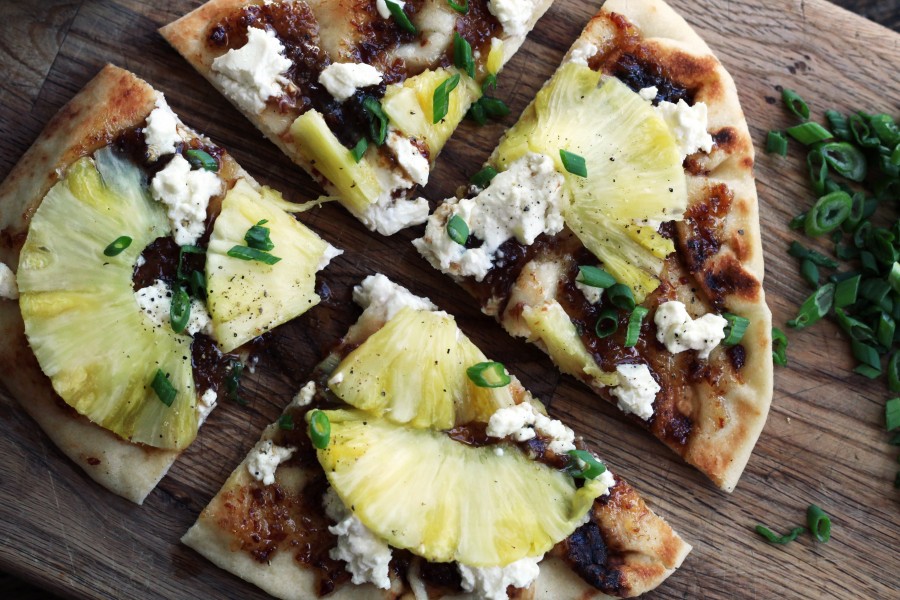 Pizza at home is doable, and it can and should have bacon. For something a little tropical, use the Sweet Chili Bacon Jam with some roasted pineapple, goat cheese and green onion atop your favorite flatbread—we just used a naan crust here. Warm it up, melt the cheese down, and enjoy your pseudo-pizza and all of the fruity, bacon-ey goodness that it has to share.

What are some of your favorite ways to use bacon jam? Let us know in the comments!