This goat’s milk Gouda is reigning supreme for a reason – sweet and nutty flavors dominate up front, but are braced with a pleasant savoriness in the finish. It’s a texturally dense cheese, smooth and rich, not unlike fudge. We wouldn’t be surprised to see it sold at the Jersey Shore, grated on popcorn or sold by the block like that beloved fudge. (Alas, it’s made in a circle, and we’ve never seen it at the shore. Not that you can’t buy it and pack it….) 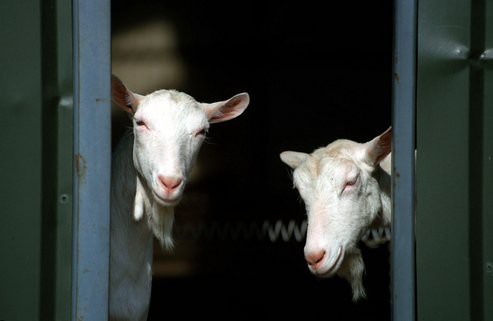 ^^ these are the real goats used to make Brabander!

This champ cheese is produced by Fromagerie L’Amuse, makers of last year’s cheese champ L’Amuse Gouda. (Read more about maker Betty Koster and her production process by clicking here!) Goat milk is not typically used for producing aged cheeses, or Goudas of any age.  But when the affineur is the preeminent Gouda maturer in the world, anything is possible.  Betty lets Brabander rest at temperatures higher than normal, which elicits savory notes  and a slight gaminess that are not commonly found in Gouda.  That is not to say that the expected sweetness and nuttiness are absent, they simply exist in harmony with other flavors in the spectrum.

Taste the cheese that beat out 31 others to become the 2017 champion! And since we’re feeling celebratory, use code CHEESECHAMP for 15% off your order of Brabander – click here to order!

But before there was a winner….

It began on March 2nd. We sharpened the knives and brought in the big wheels of cheese. (And some small wheels, but we digress.) Months of research, hundreds of samples, dozens of glasses of water to refresh palates between the samples led us to the 2017 bracket for March Cheese Madness.

Here’s where we were on March 2nd, 2017 — 32 excellent cheeses, each with distinctly different personalities, ready to take on the world. 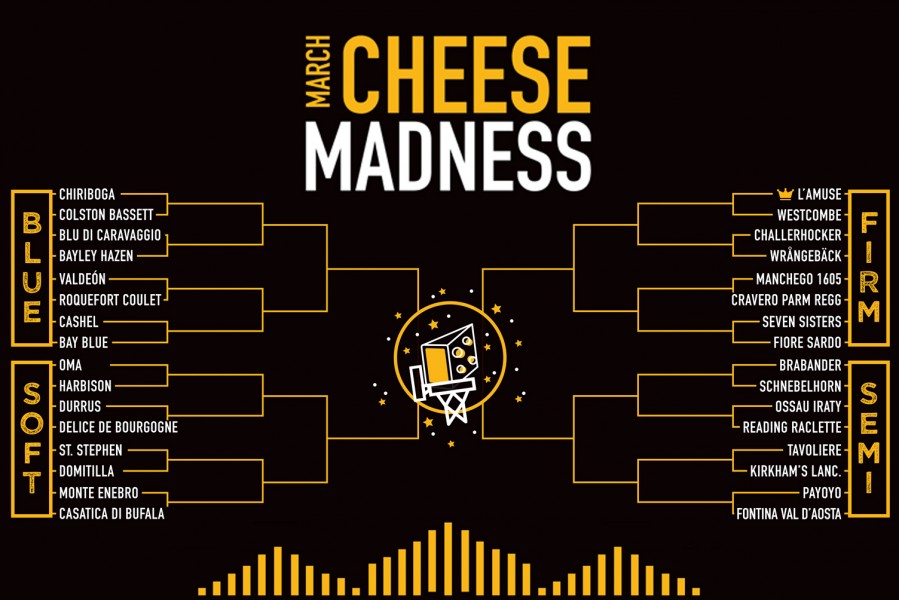 The samples were laid by the counters with care, in hopes that sampling mouths would soon be there.

Little bites were sitting all snug on their spoons, while visions of jams, jellies, and nuts danced in their heads.

And they came—we mean you—and they sampled with care. Our customers, the mongers, delighted discoverers of all that there was to sample. And they voted, excitedly, often with mouths full of cheese. Some voting slips had smudges, but that just made us smile.

It’s been a number of days since this began, and we’ve narrowed things down. Those thirty-two cheeses, so excited and shiny at the start, have stepped up and knocked out those not meant for the title.

What’s been interesting, you ask, if you missed the news along the way? Oh so much, cheese fans, let us catch you up! 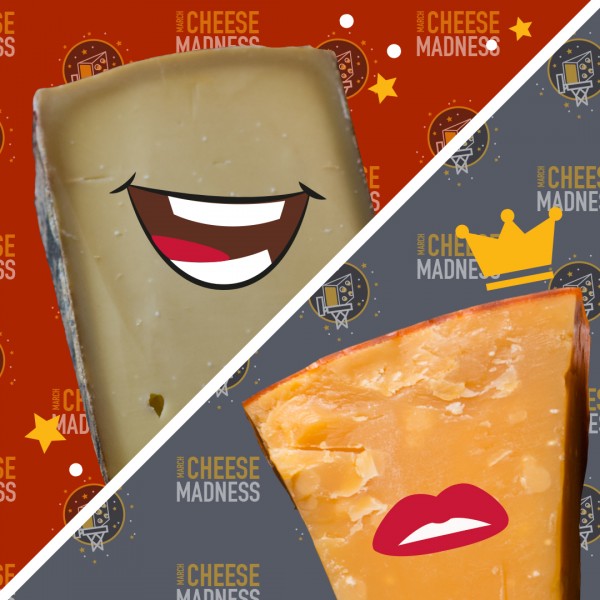 The Challerhocker upset of L’Amuse wasn’t necessarily the biggest shock to some, but it was noteworthy for sure. L’Amuse brought the brag in our kickoff blog post, displaying both confidence and a clear understanding of who to be worried about…and with good right. To quote Lady L’Amuse in her kickoff article, “Challerhocker has a cult following in the cheese world, thanks to its meaty, caramelized flavor and one of the most iconic wheel designs around. (People literally cut this out and wear it as a mask.)” And alas, it was crystalline Challerhocker that knocked L’Amuse right out  of the bracket. Does this mean that Alpine-style cheeses will upset Gouda in sales for the rest of this year?! 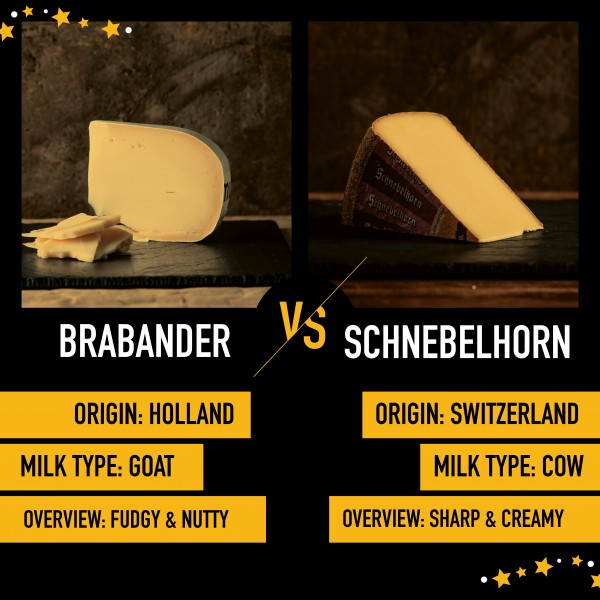 Brabander beat Schnebelhorn this year, after Schnebelhorn beat Brabander last year. Is this redemption time? Is Schnebelhorn going home wondering how  that darn Brabander got the best of him? Will Brabander, that delicious goat’s milk Gouda with hints of sweet cream and toasted nuts, be the one to ensure that a Gouda cheese still reigns in the ranks? They say revenge is a dish best served cold; but remember, it’s actually best-served room temperature when it comes to cheese….

Pennsylvania Packs A Punch: Seven Sisters Will Not Stand Down! 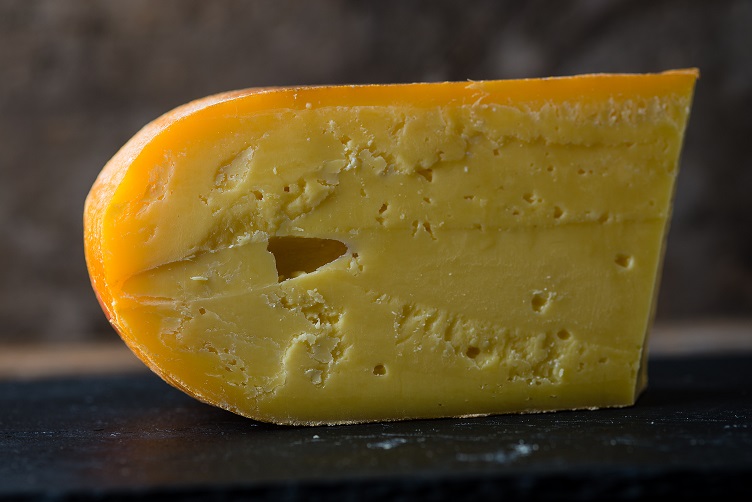 Quite the interesting story line developing is that Seven Sisters—a nutty, butterscotchy cheese made right here in Pennsylvania – is still in the game. Our local champion is taking on all of these European heavy hitters, and is making it happen! Seven Sisters is sort of a cross between an Alpine-style and a Gouda-style, so is this the merging of two champion flavor profiles in one single cheese? An interesting twist….

Seven Sisters is next up against Challerhocker, which will certainly be a challenge. But if it wins that game, it might win it all.

All your cheese lines and textures are nice.
I entertain with an assortment often