Over the years, I’ve put together many different beer and cheese pairings.  These tend to be for events that feature one brewery with multiple beers, and a cheese for each of those beers. Now, when I’m at home, I have never poured myself a flight of beers to go along with my cheese plate. I usually have one beer and three cheeses to go along with it. For this column, I’m concentrating on a favorite local standby that can always be found in my fridge – Yards Philly Pale Ale. 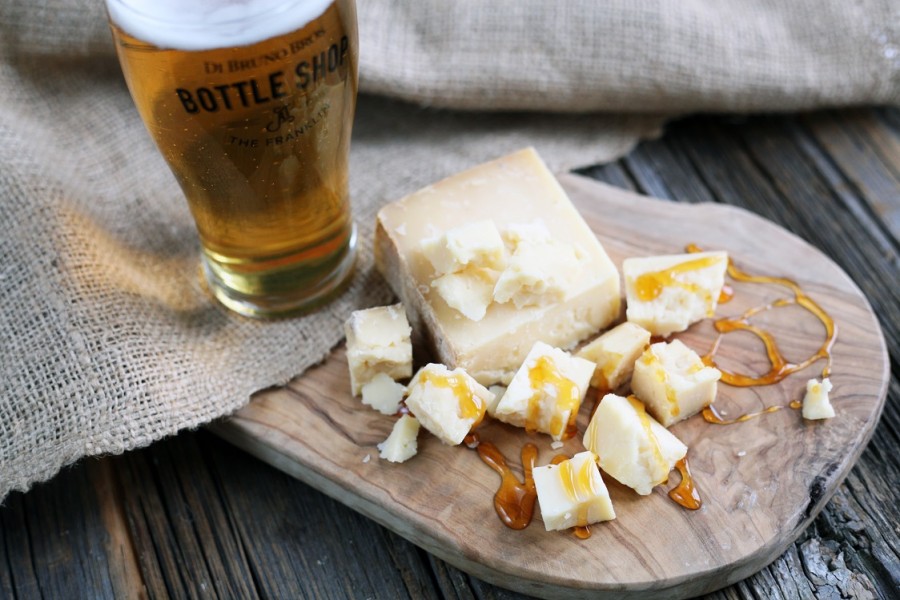 Pale ale and cheddar go together like bread and butter. (Bread and cheese?) The first pairing is Cabot Clothbound Cheddar, a cow’s milk cheese so comforting it tastes like your tongue is being hugged by a baked potato.  This isn’t your everyday sharp cheddar that comes in blocks from the grocery store. Clothbound cheddar gains complexity and depth as it ages because it can breathe. The big cheddar flavor, mellow nuttiness and caramel finish of Cabot Clothbound creates a multidimensional palate experience with the complex but balanced PPA. 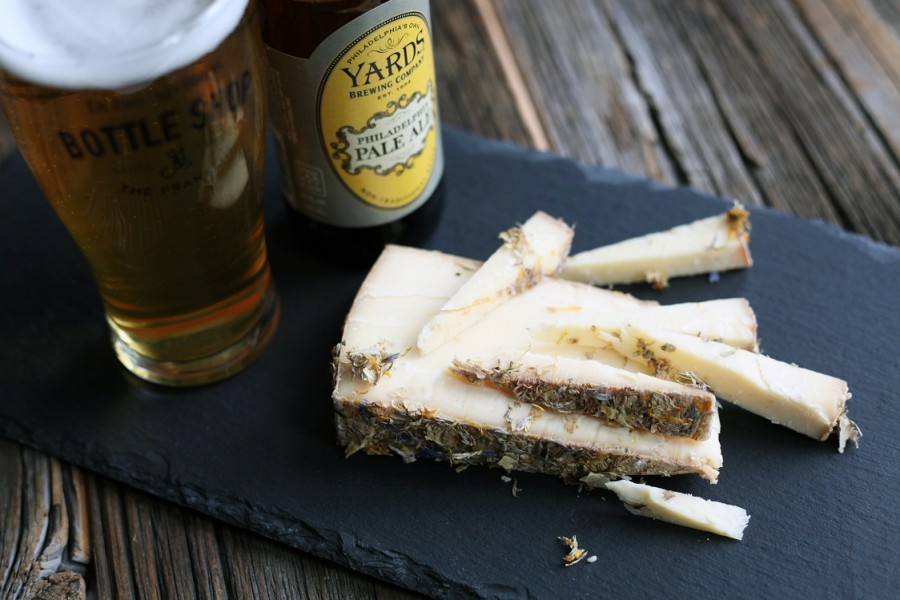 For something other than cheddar, Alp Blossom is a very special cheese from the Austrian Alps. It classifies as an Alpine style, which is a more technical name for a Swiss style cheese. If you imagine Gruyere or Comté, those would be the icons of the Alpine style. Alp Blossom is a version of a firm and creamy Alpine-style cheese called Hubaner that is pressed with herbs and flower petals from the same Alpine pastures that the cows graze on.

This pairing is all about the nose. The flowers on the rind highlight the floral notes of the Simcoe, Cascade, Centennial and Columbus hops used in PPA.

If you aren’t into sitting down with a cheese plate and a glass of beer, you could always shred up some Alp Blossom and Cabot Clothbound and use them to make a great grilled cheese sandwich. The combination of gooey melty Alpine cheese and rich complex cheddar on toasted bread hits all of the targets for a great pairing. 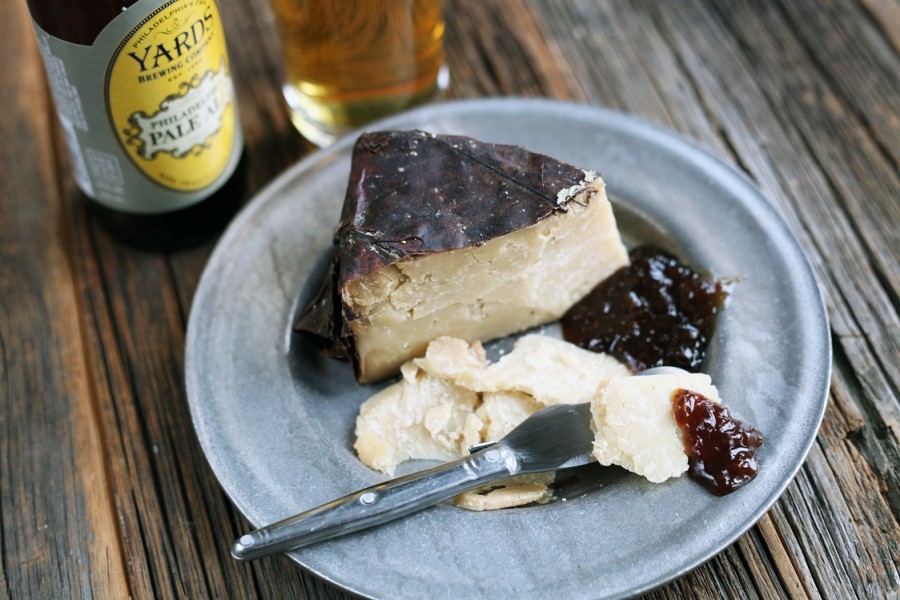 Testun di Castagna, like a lot of cheeses that come from the Piedmont region of Italy, is made from mixed milk. In this case, it’s a mix of cow, goat and sheep’s milk. The cheesemaker, Beppino Occelli, ages this style of cheese in chestnut leaves for around two years. The result is a dense cheese that most people would not even recognize as cheese. The age and leaves impart an incomprehensible array of flavors and textures. There’s an intense nuttiness from the leaves and a sweetness from the caramelization of the milk sugars over two years of aging. This cheese gets notably sharp and creamy, almost to the point of tasting blue in parts where the cheese has continued to ripen. Where it isn’t creamy, it’s crumbly.  Philly Pale Ale picks up on the woodsy and resinous qualities of the cheese and lends a bit of bitterness to round out the flavor experience.

I am listing specific cheeses here, but almost anything in the same style will be a fine pairing.  A reputable cheese counter (like Di Bruno Bros.!) will always be able to suggest an alternate of the same style, or even an upgrade your purchase to something that is tasting particularly good right now.  By the same token, you could pair these cheeses with almost any American Pale Ale. Yards Philly Pale Ale happens to be the one that I always have in my fridge, and for good reason. 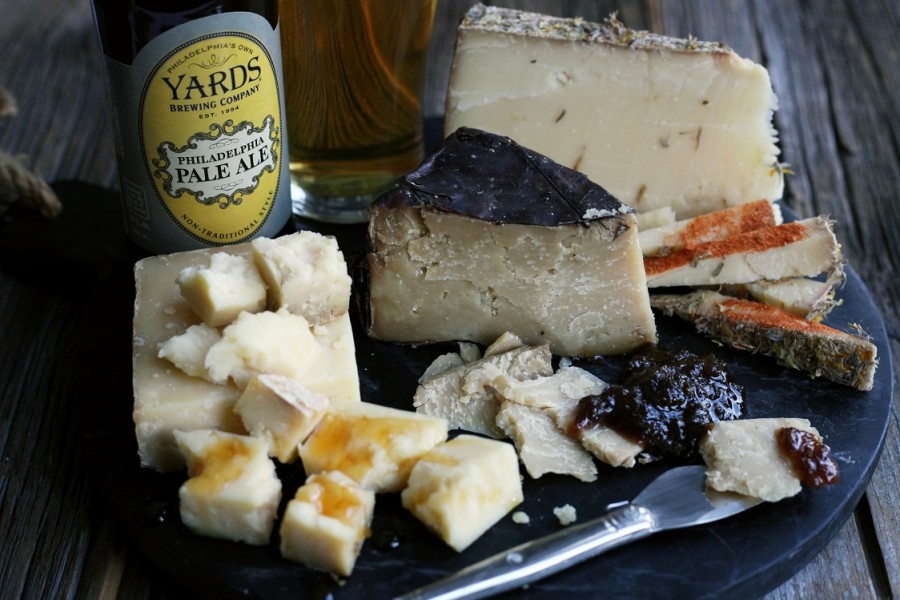