Great Holiday Cheese Alert! We recently wrote about a few of our favorite late fall cheeses that were popping up in the stores, and now we’re writing again to add more to the list! These five cheeses have fairly famous names in the cheese world, but the particular versions that we have right now are some of the best of the best produced with these names. Any holiday cheese plate will be lucky to have these.

Wynd in the Willough 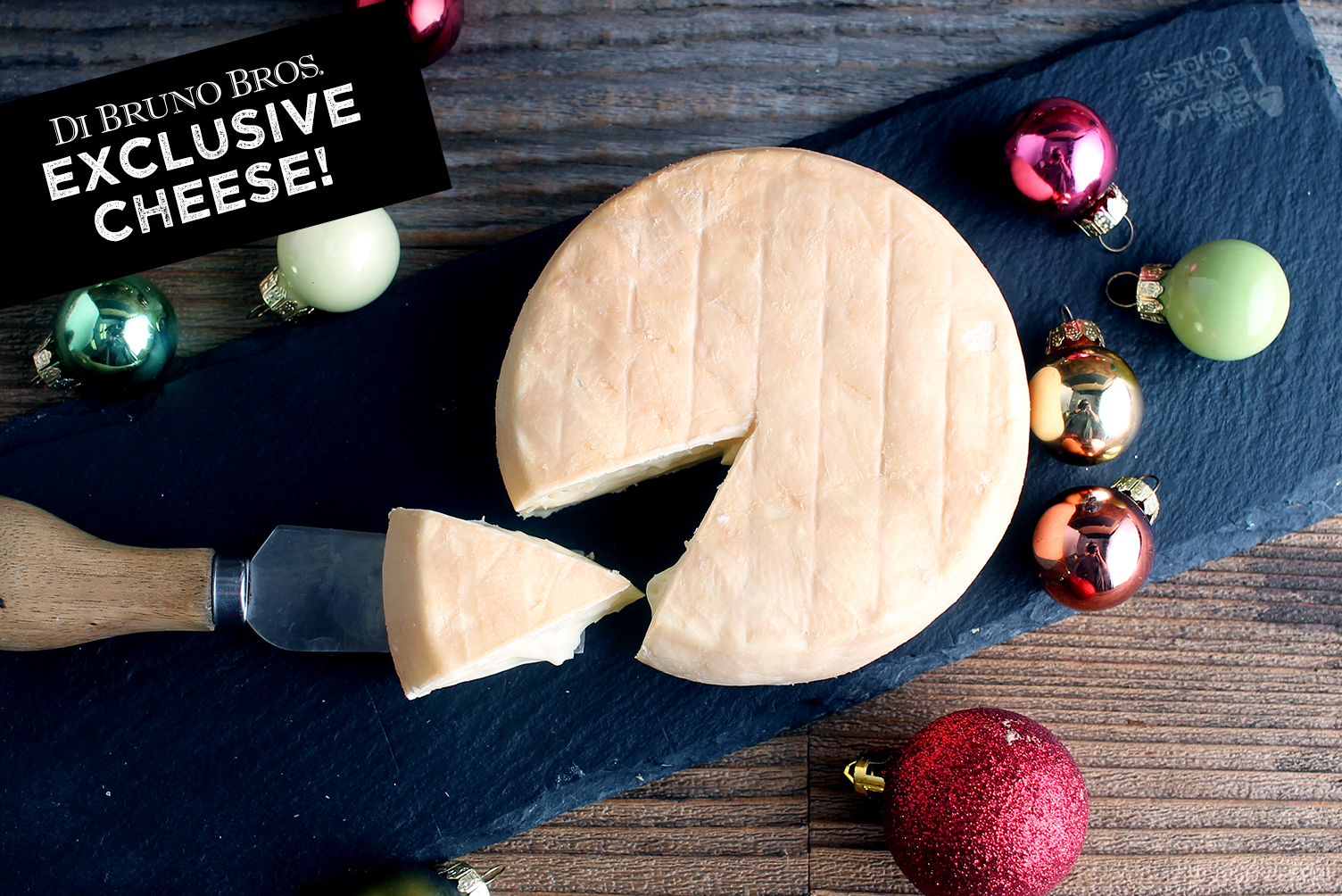 It’s time for the return of Wynd in the Willough, a collaboration between Di Bruno Bros. and Jasper Hill Farms. The aging caves at our Rittenhouse location have been producing delicious delicacies for almost 6 years under the watchful eye of Richard Morillo, ACS CCP. Choice cheeses are washed in beer, cider, wine, and brine, creating one-of-a-kind flavors that sell out in seconds.  Fortunately, Rich and Emilio, third-generation owner and VP of Culinary Pioneering, have found a way to up our aging game in partnership with some amazing cheese makers.

This cheese is an iteration of Jasper Hill’s famously funky Willoughby, washed in Wyndridge Farm’s Crafty Hopped Cider and custom-aged to creamy, cider-y perfection. The Cellars at Jasper Hill’s Willoughby is a soft medallion of washed-rind cheese with notes of broccoli, sweet cream, and a bright pop of fruit tones from the cider bath. Wyndridge Farm’s Crafty Hopped Cider is a perfect blend of crisp apples and quality dry hops.

Enjoy on its own or with crostini, flatbreads, crisps, or a fresh, crusty baguette. Pair with chutney or savory relish for an umami extravaganza, or drizzle in honey for a sugar-tinged fruity bite. Grab a bottle of Wyndridge’s cider to complete this delightfully delicious experiment! It’s a far more compelling taste of autumn and winter than yet another artificially flavored pumpkin spice latte. 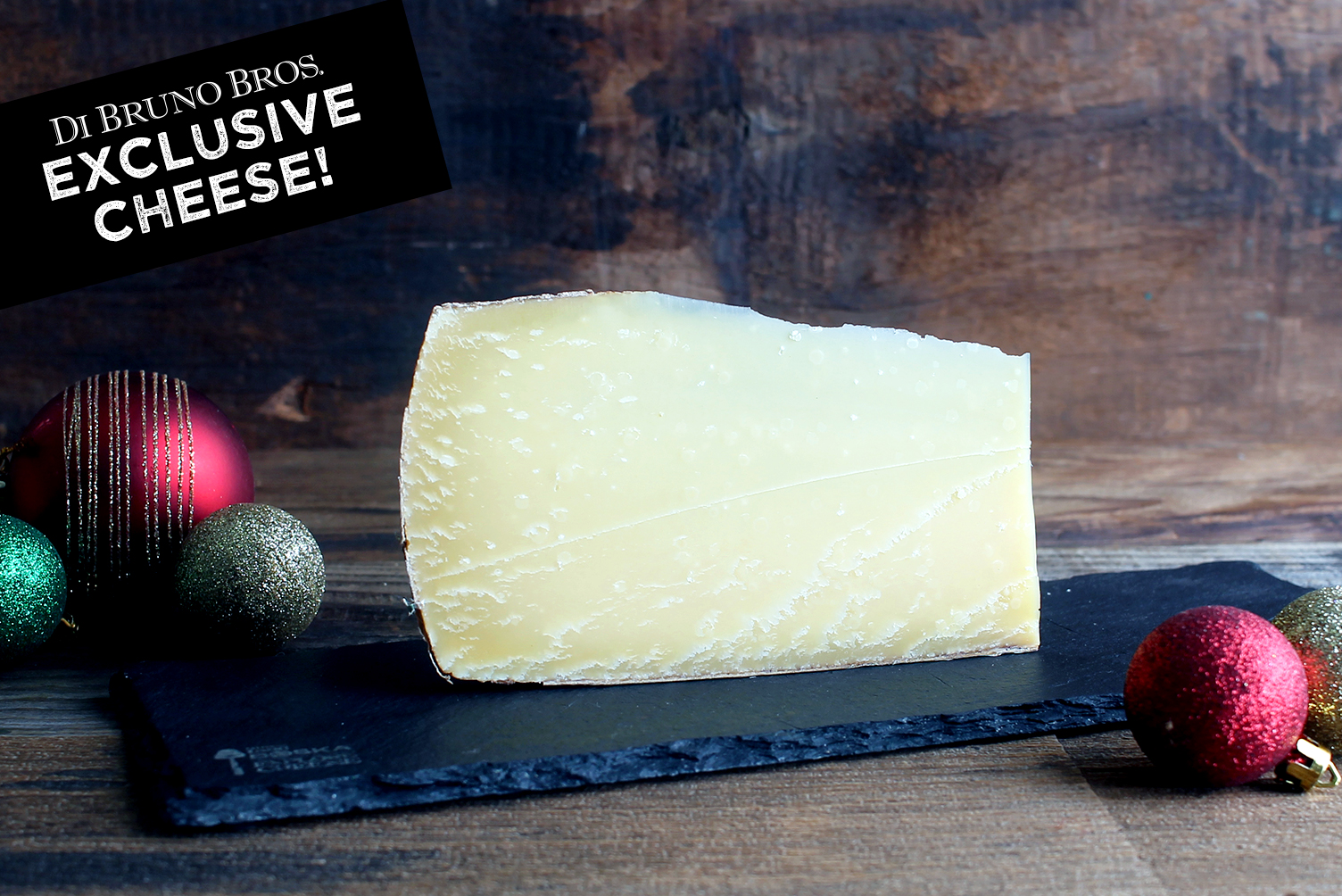 Comte is the most-consumed cheese in France. More than Brie. More than Roquefort. More than Chevre. Traditionally, it is eaten somewhere around 6-12 months of age, when the flavors are mellow, but still pronounced. Buttered toast, fresh cream and toasted nuts are prevalent at this younger age.

During the holiday season, a limited amount (literally 1-2%) of the total supply of Comte is released at an advanced age of 24 months. Expert affineurs (in our case, Claude Querry of Marcel Petit) carefully select the few wheels that will peak at two years of age, and nurture them daily until they are ready for release.

Sagesse (meaning wise) is quite possibly the perfect bite of cheese.  Firm to the touch but soft on the palate, it is laden with casein, that salty crunch that is typically found in mature Goudas. The flavors are robust: brown butter, roasted hazelnuts, toast, tropical fruits (especially pineapple). This is one of the few cheeses that we suggest for a Bourbon pairing, but it is versatile enough to pair with most wines.  Pinot Noir, Grenache, Chardonnay, Savagnin (not Sauvignon) would pair wonderfully. 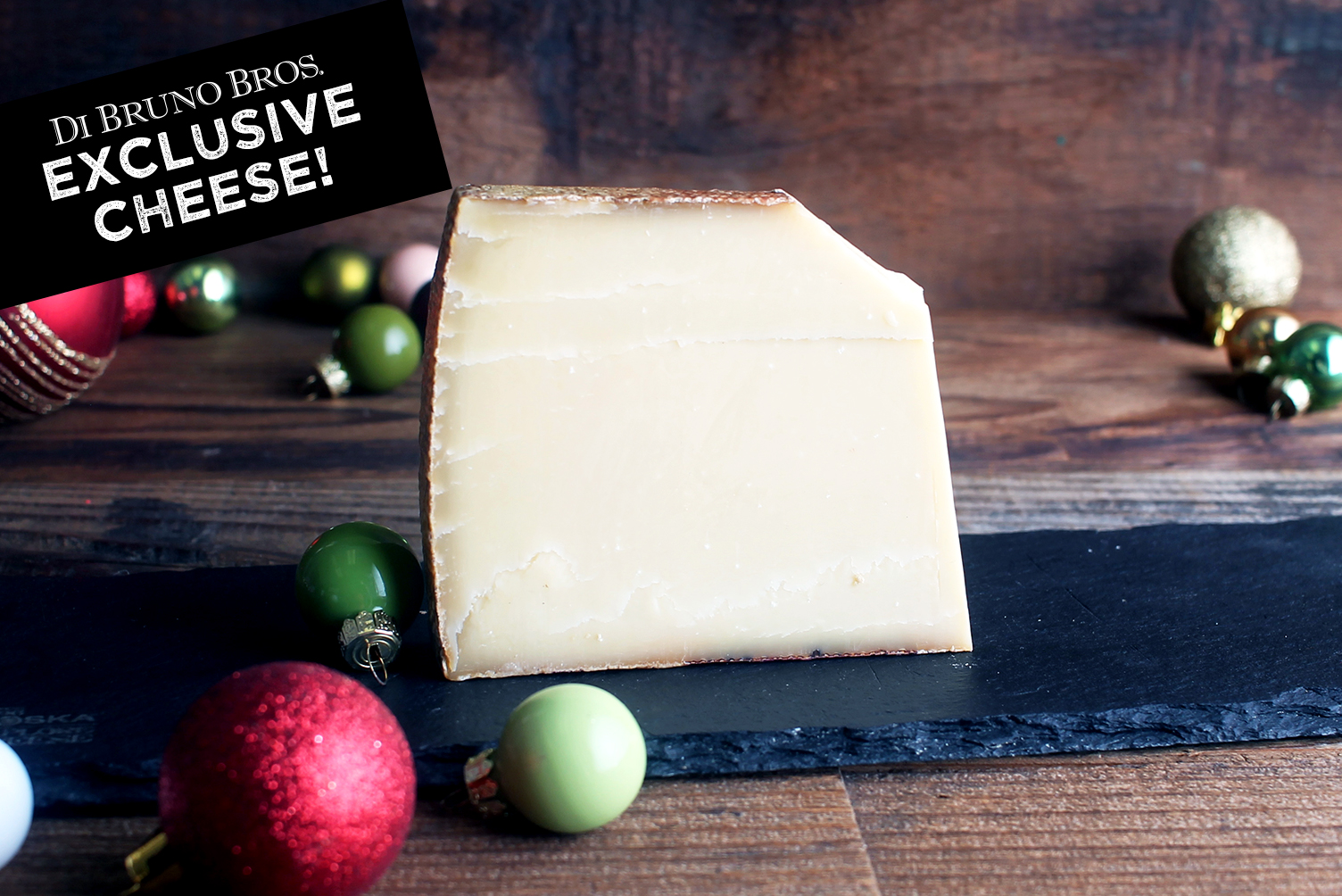 Beaufort is one of the most noble Alpine cheeses. It’s produced exclusively from raw cow’s milk in the French Alps of the Haute-Savoie, from the milk of cows that graze on sustainable mountain pastures. Our rare Beaufort is made from the milk of a single herd of Tarine cattle, a rare breed that is allowed by the Beaufort AOC but not typically used due to their scarcity.  They give a rich, high-protein milk that yields a dense, lush cheese.  It is made on a single farm in Garde, a region within the Languedoc.  All of grassy, flowery and meaty flavors meet in this one special firm cheese. The taste is more elegantly subtle and the paste a bit creamier than Swiss Gruyere or Comté, because its curd is cooked at a much lower temperature during the make process.

Its characteristic shape—a large, thick wheel with concave sides—has quite the story of origin. It’s said that the concave sides allowed farmers to easily get them down from the mountain tops by winding ropes around the wheels and strapping them to donkeys.  If you visualize donkeys dragging big 100+ lb cheeses down a mountain via ropes, you’ve pretty much got the right idea. (We promise that no donkeys were harmed in this cheese-moving process.) 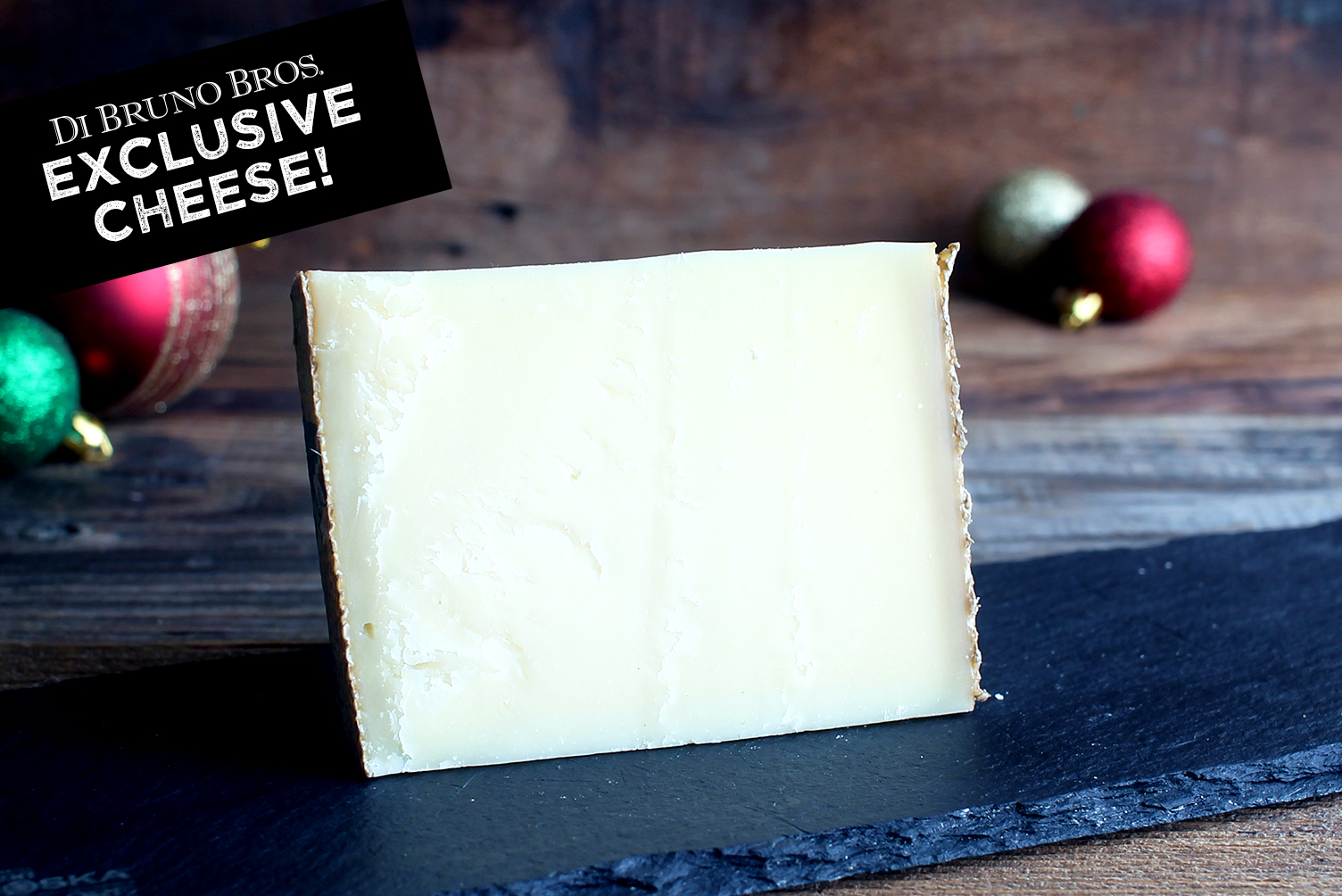 From Columbia Cheese’s partners, Fromage Gruyere S.A., comes this raw cow’s milk washed-rind Gruyere. Made in Canton Fribourg, Switzerland by cheesemaker Charles Boschung and Affineur Gerald Roux, a group of farmer and cheesemakers lead their cows high into the mountains from their surrounding valleys to produce this beautiful Alpine cheese.

This traditional Gruyere cheese is produced using milk from Red and Black Holstein cows that graze high in the Swiss Alps (at an elevation of almost 5500ft) from May to October. In chalets dating back to 1686, the oldest in Canton Fribourg, cheese makers Charles and Christian Boschung stirred fresh cows milk in copper cauldrons over an open flame, producing just two or three 50lb wheels of cheese per day. In 2014, only 40 wheels made their way to the U.S. Even Halley’s Comet is easier to spot!

This is one of those cheeses that can stand on its own. No need for flavored crostini, fruit preserves, or even our specialty nuts. (Unless you’d like them.) Enjoy Gruyere Alpage alone, slice by slice, and let the bold, layered flavors transport your senses to the Swiss Alps. 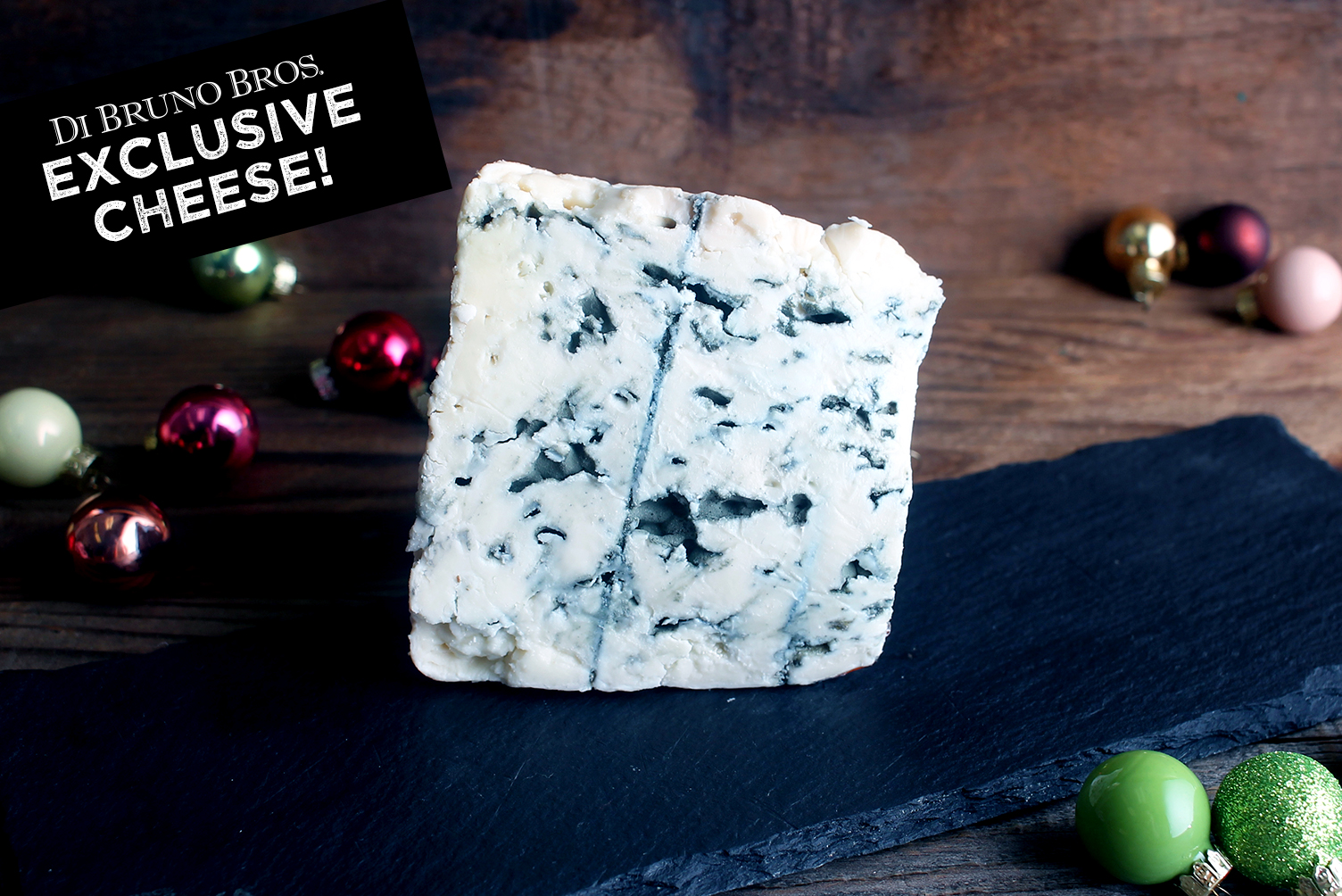 From Tenaya Darlington, aka Madame Fromage: As we enter the season of decadence, I can’t help but crave Roquefort. It’s as luxurious as fur, and it pairs well with so many things associated with the winter season: ripe pears, dates, figs, honey, walnuts. After a big meal, this triple-crème sheep’s milk blue becomes the evening’s star, especially when served with a glass of nectar-like Sauternes.

Roquefort Coulet is a special Roquefort that we import ourselves and sell exclusively at Di Bruno Bros. No matter how cold or windy it gets outside, this creamy-soft, salty-sweet, juggernaut of the blue cheese world is well worth the trip in to grab a bite.