It seems hard to believe, but not everyone is as big a fan of Panettone as we are. (And we’re really, really big fans.) Our adoration bias aside, we like to think those people who aren’t as enamored as us have either been living under a rock, without ample tasting opportunities, or simply haven’t had really good Panettone before.

If you’re one of these people – and you don’t have to admit it out loud – we’re here to help. Read this, go eat one, enjoy a fanciful addition to your culinary world.

Panettone is an iconic Italian holiday treat that’s beloved by many. It’s a fluffy, sweet, leavened bread loaf enriched with lots butter and eggs, with orange liqueur-soaked raisins, candied lemon and orange peel folded into the dough. The luxury of these ingredients, as well as the complicated make process, means that for most people, Panettone is usually reserved as a once-a-year indulgence. Like salt water taffy in the summer, or pie on the Fourth of July, Panettone should be a delicious staple on every holiday table this time of year. 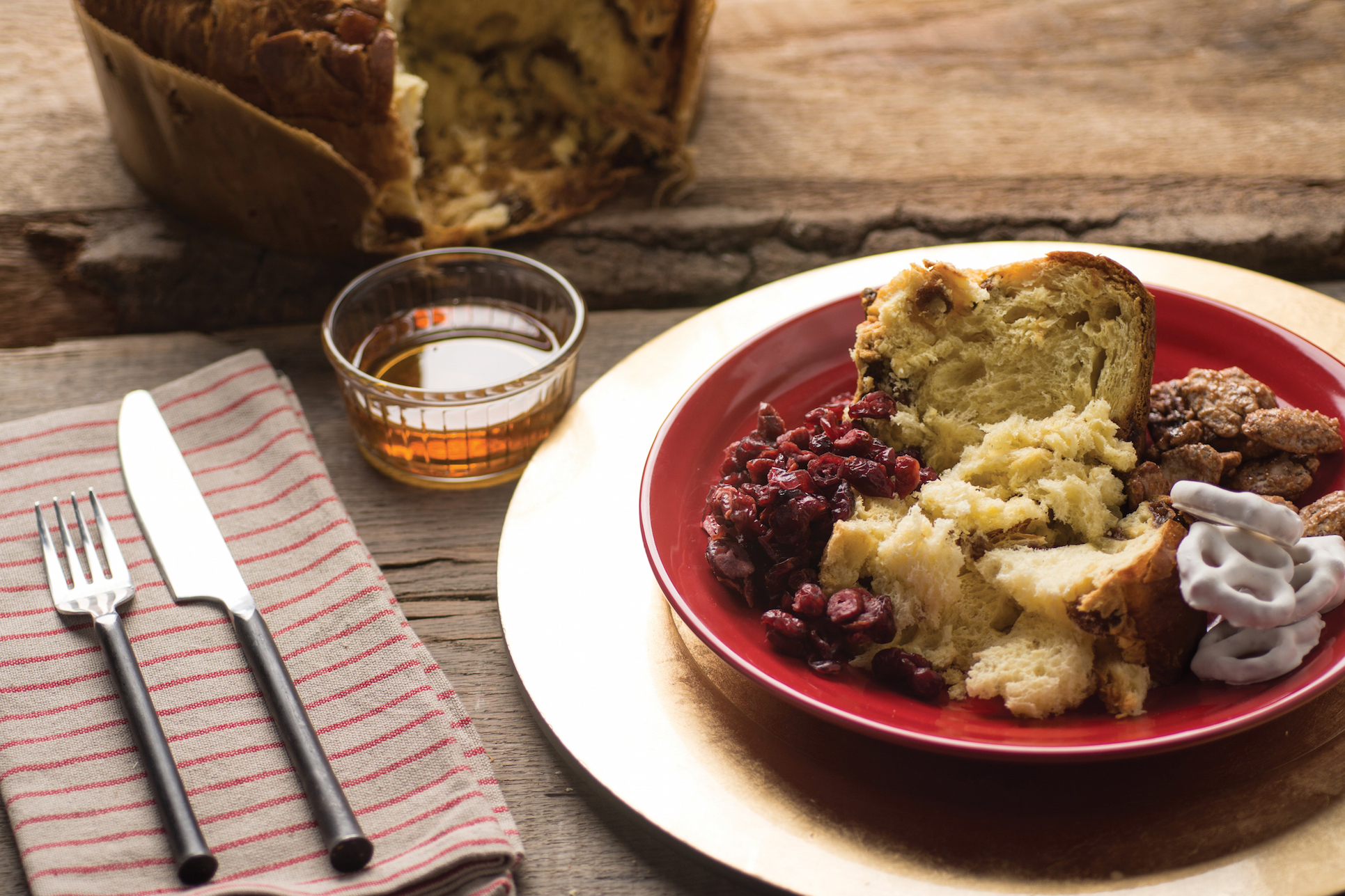 Panettone originated in Milan, and, some claim, gets its name — “big bread” — from the large domed shape the loaf takes as it rises from the pan. (It looks like a giant muffin, but we digress.) The baking process is quite involved, with the dough left to rise three times over the course of almost 20 hours before baking, giving it a distinctively light texture. While a similar recipe for leavened bread sweetened with honeyed dates back to Ancient Roman times, the recipe for the Panettone we know today only became standardized and popularized in the early 20th century. It has been enjoyed by folks worldwide ever since.

Today, our Panettone comes to us straight from Italy. Our private collection Panettone is made specially for Di Bruno Bros. by a bakery in Abruzzo, Pan Ducale, meaning “bread of the duke”. They are family-owned and operated — just like us. Their award-winning pastry chef, Maria Rosaria D’Amario uses a coveted family recipe passed down for generations. Although the production in most other commercial panettone bakeries is automated, Pan Ducale stands out by performing much of the baking processes by hand, giving each Panettone a homemade touch. The result is a moist, buttery, fluffy bread studded with orange liqueur-soaked raisins. It even comes in a nifty carrying bag, perfect for gifting. 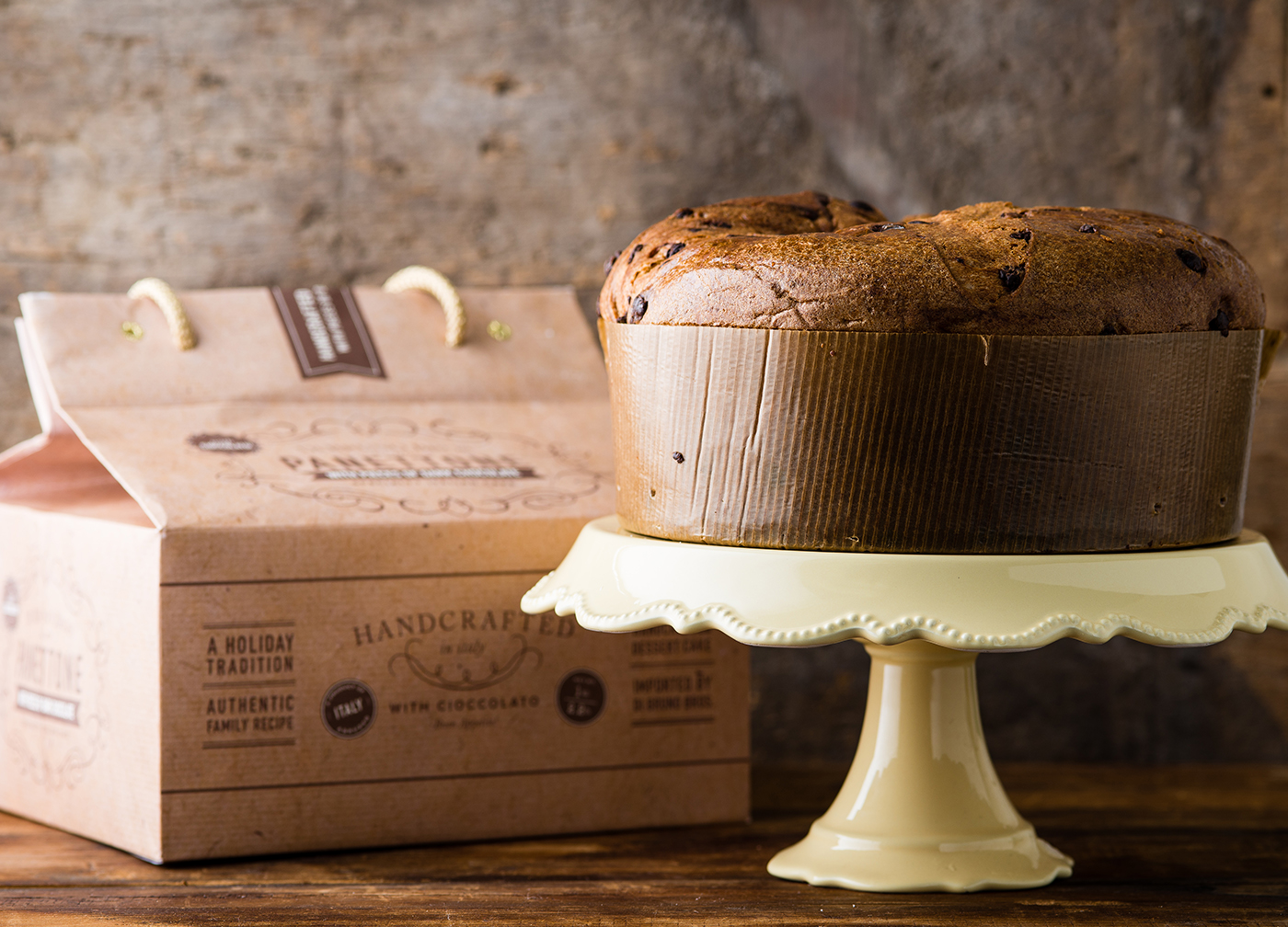 Chocolate lovers, there’s a Panettone for you as well! We also offer a Chocolate Panettone, with a generous amount of large, melty chocolate chips sprinkled throughout. And they say you can’t improve on an original…
Panettone is typically enjoyed at the end of the meal, with a sweet liquor and good company. For both longtime fans of Panettone, for whom this delicious, cakey treat was an integral part of your childhood, and newly converted fans, we have a few fun suggestions on how to shake up your Panettone consumption, should you need any more encouragement to eat a half-loaf on your own.

One of our favorite recipes is to turn Panettone into a sinfully delicious French toast, topped with mascarpone cheese and a handful of our chopped Cinnful Cocoa Pecans. 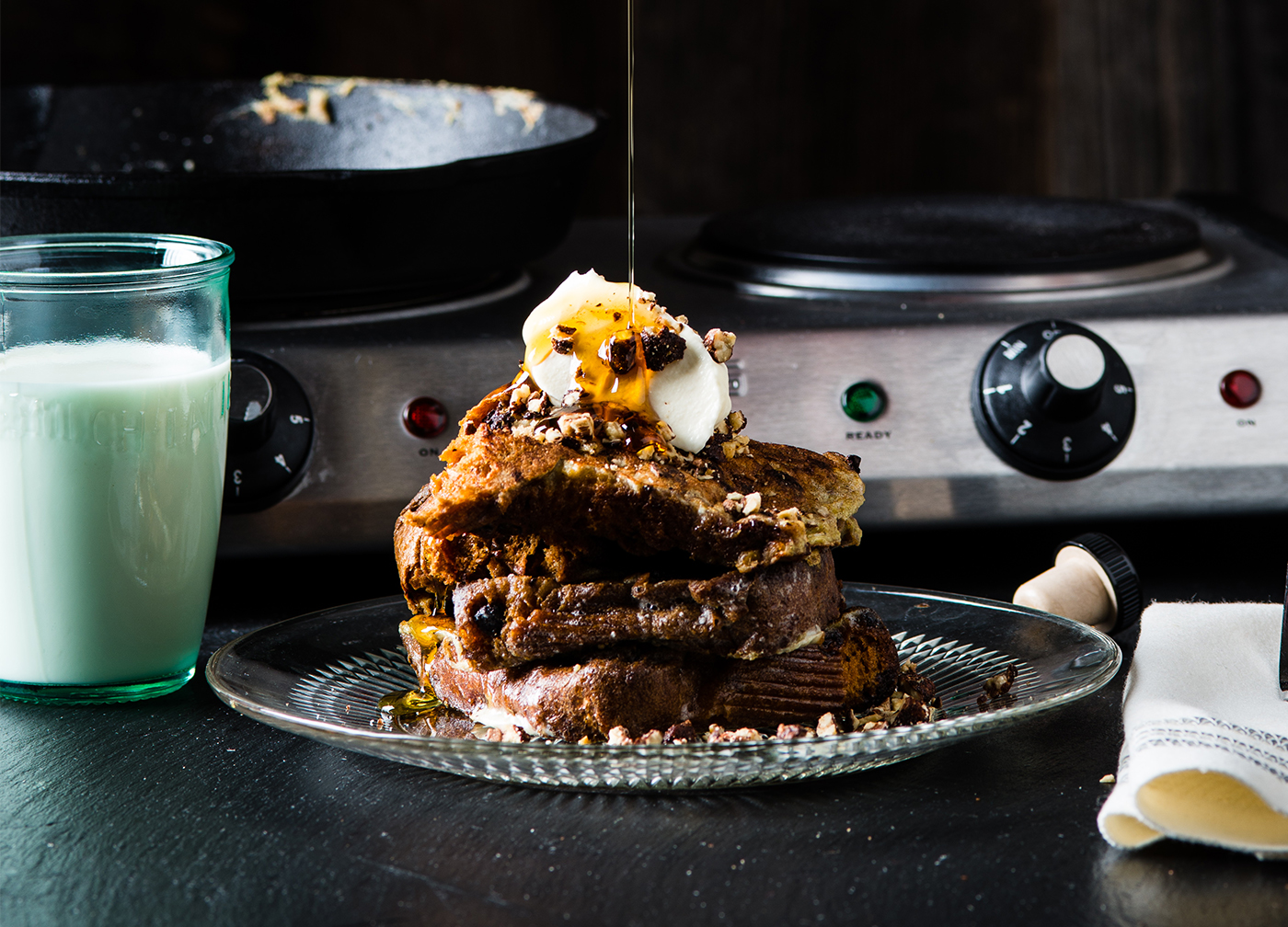 Slice up your panettone into pieces that are about an inch thick to get them ready for dipping. 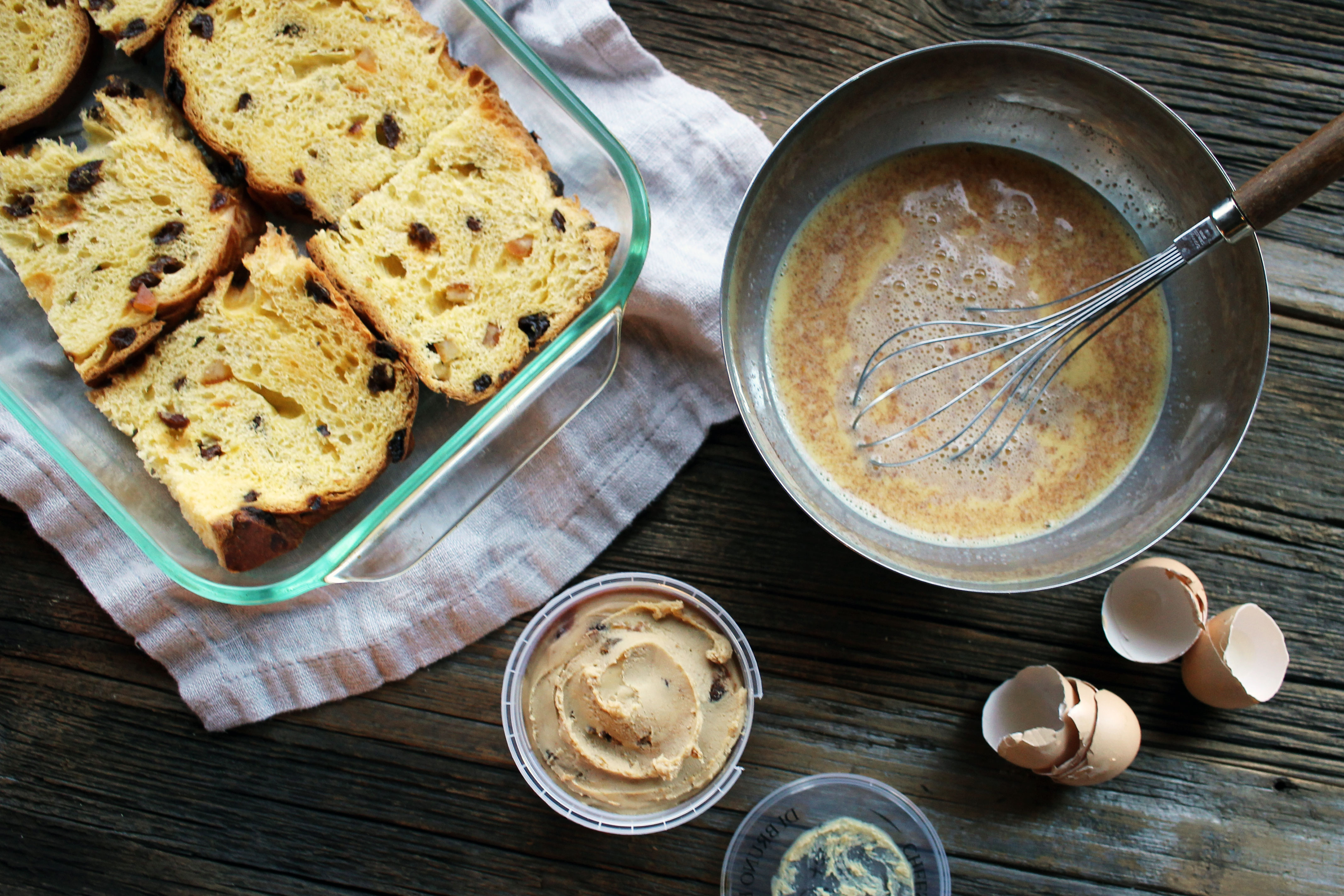 Whisk the batter ingredients together until well mixed.

Dip your Panettone slices into your batter until they are fully covered. 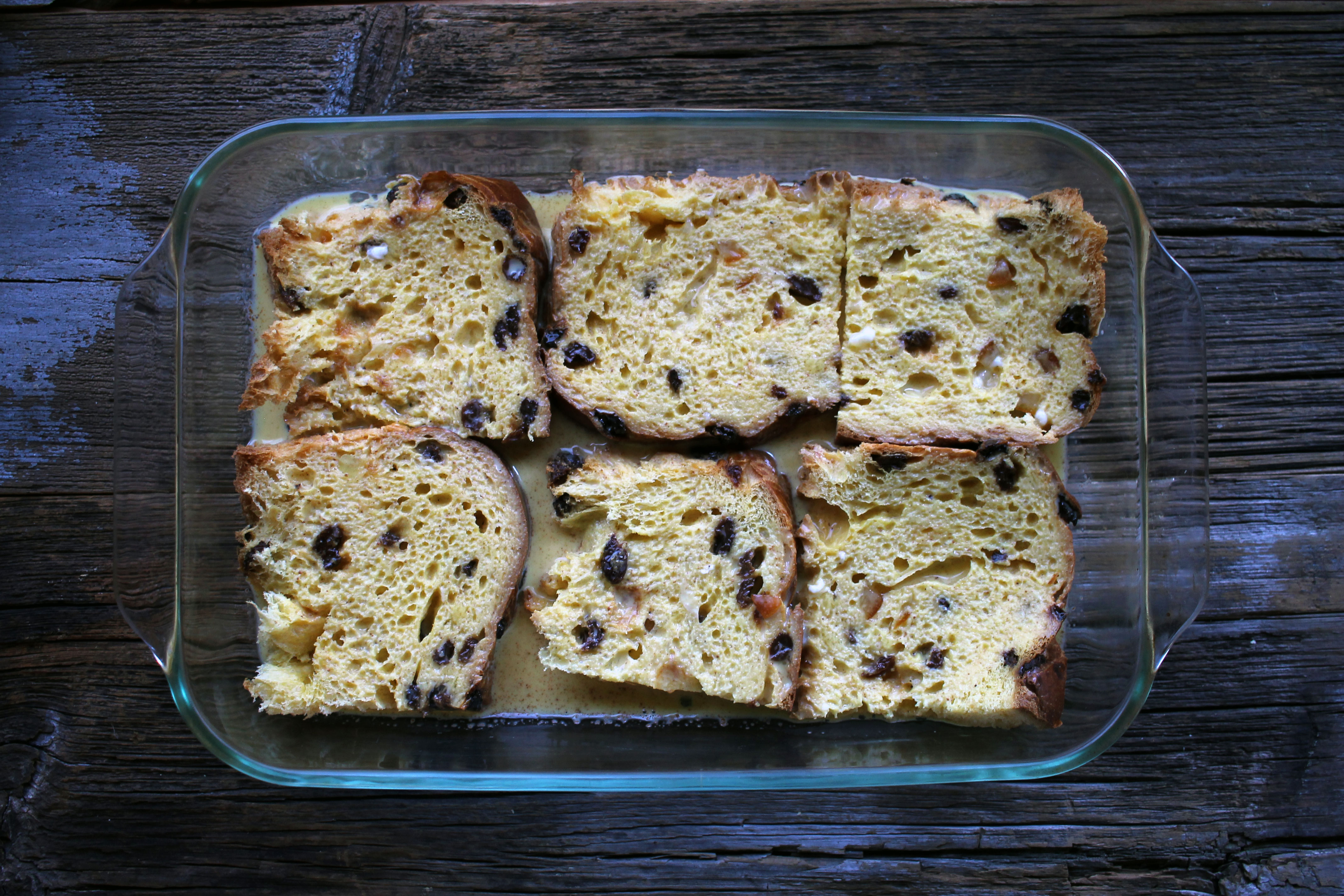 Turn your stovetop on to medium heat. Add about a half a tablespoon of butter. Place your batter-dipped Panettone into your pan and cook until both sides are golden brown. 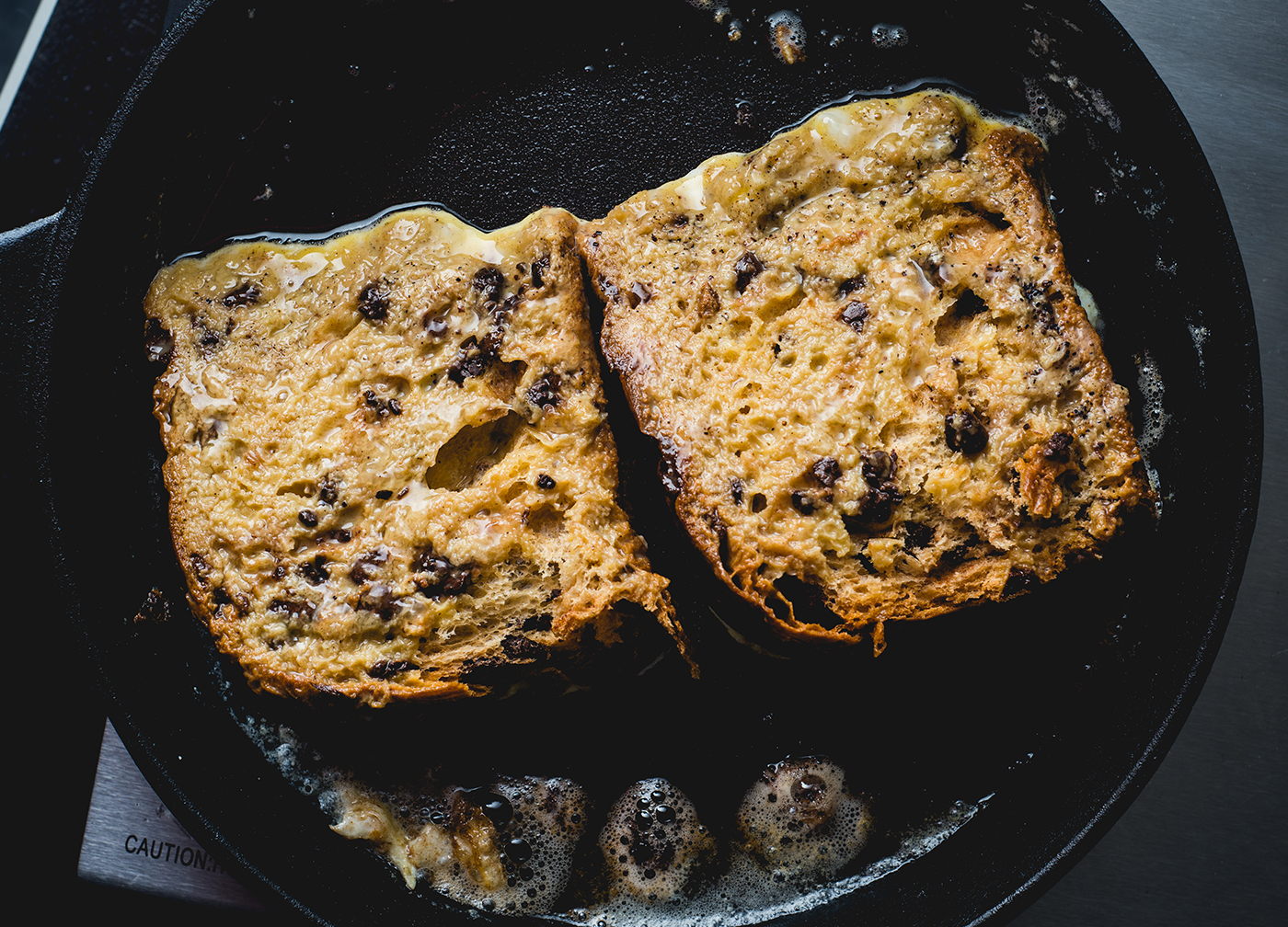 ·      Panettone Grilled Cheese – We love all combinations of sweet and savory, and a grilled cheese with Fontina and crumbled blue cheese, melted between two thin slices of traditional, sweet Panettone is no exception.

·      Our personal favorite: enjoy sliced, seated around the dinner table, with everyone you love. Buon appetito!