Few ingredients are more expensive and alluring than the truffle. Consumed as a delicacy throughout history, truffles have been revered for their flavor, rarity and aphrodisiac properties. Growing hidden among the roots of oak, hazelnut and beech trees, many of the world’s truffles are found in Italy, France and elsewhere in Europe.

French gourmand Jean Anthelme Brillat-Savarin aptly dubbed truffles “the diamond of the kitchen”. An evolution of the Latin word tuber (meaning “swelling” or “lump”) truffles are indeed bulbous and misshapen, bearing little resemblance to other mushrooms in the fungi family. They are also one of the costliest foods in the world, fetching upwards of $3,000 per pound. That’s a fancy mushroom!

What exactly is a truffle? 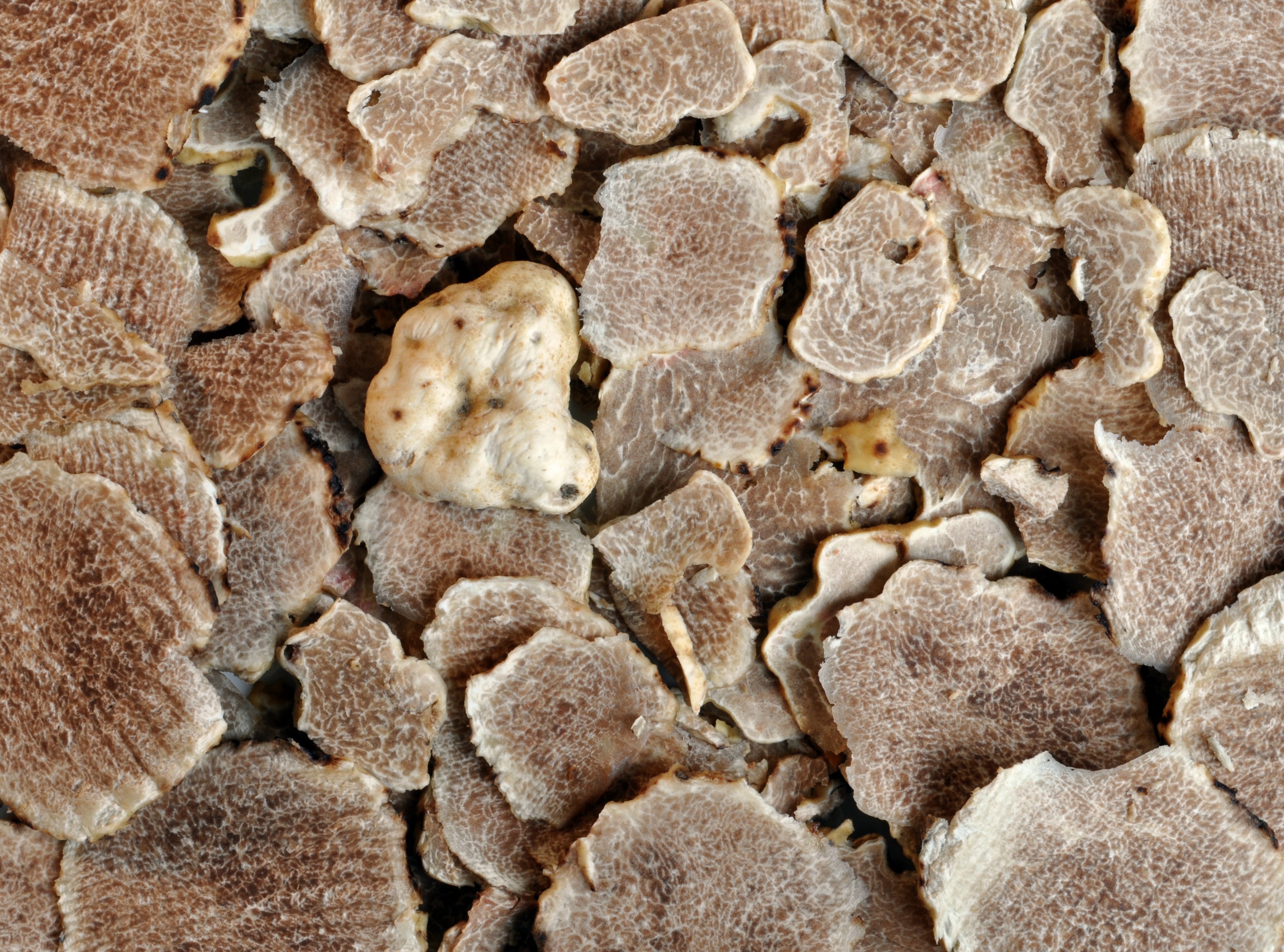 We’re talking fancy fungus here, not candy. A truffle is any of several species of fungus that grows entirely underground. The fungus is a network of threads that wind around and into the roots of trees. Oak trees are the most common, but truffles have been discovered under Beech trees, Poplar trees, and a few more. The trees give the fungus sugar made from sunlight, the fungus gives the trees minerals and nutrients it gets out of the soil. It’s one of nature’s finest symbiotic relationships.

How are truffles hunted?

A truffle “orchard” is invisible, with the precious crop hiding about six inches deep in the earth. To reproduce, the fungus threads grow a big smelly underground tuber. The tuber is the fruiting body and the part that we’re all antsy to eat. The tuber has such a strong smell that animals can smell it underground. They dig up the tuber to eat it, which spreads dirt and spores all over the place. Some of the spores might land next to tree roots and grow into new fungal threads.

Since truffles grow out of plain sight, trufficulteurs, or truffle hunters, employ the help of animals to find them. Animals have always been used to hunt out wild truffles. Historically they were hunted by wild boar —females in particular —who were just as fond of eating truffles as we humans were. Scientifically speaking, truffles contain a similar compound to androstenol, the sex pheromone found in boar saliva, which leads the pigs straight to the buried mushrooms. It might also explain why truffles are considered an aphrodisiac. While pigs are programmed to truffle-hunt, using them to do so is quite problematic since they have a tendency to devour the truffles once they’ve unearthed them!

Nowadays it’s more common to use dogs to hunt truffles, as they can be trained not to eat the truffles. (Poor dogs.) 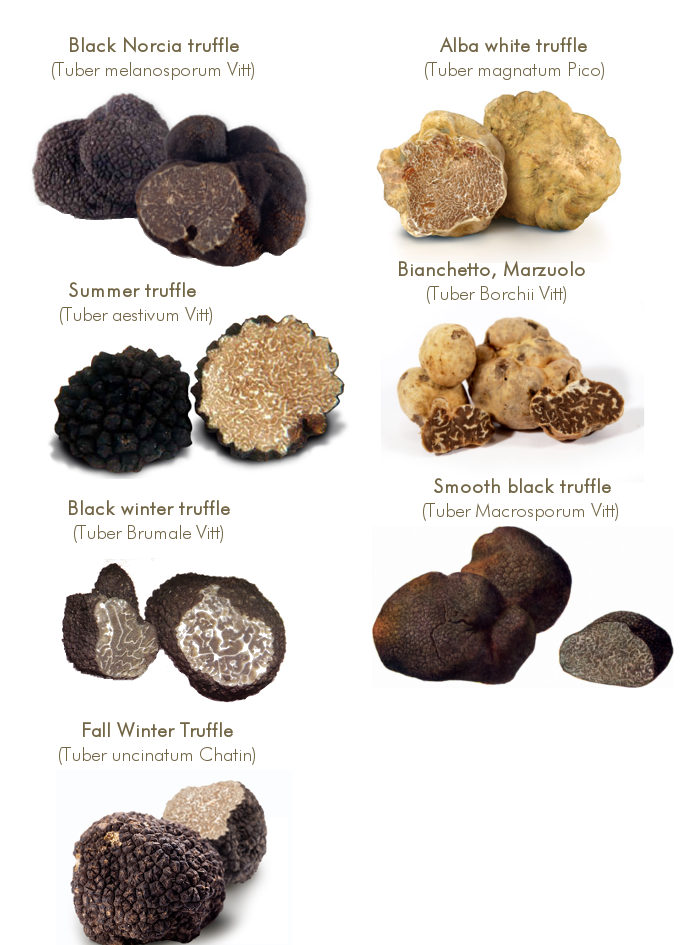 Truffles are categorized mainly by color: white, black and burgundy. Each of these varieties can be sub-categorized into a summer or winter truffle, depending on when they were harvested.

The million dollar question: why are truffles so dang expensive?! 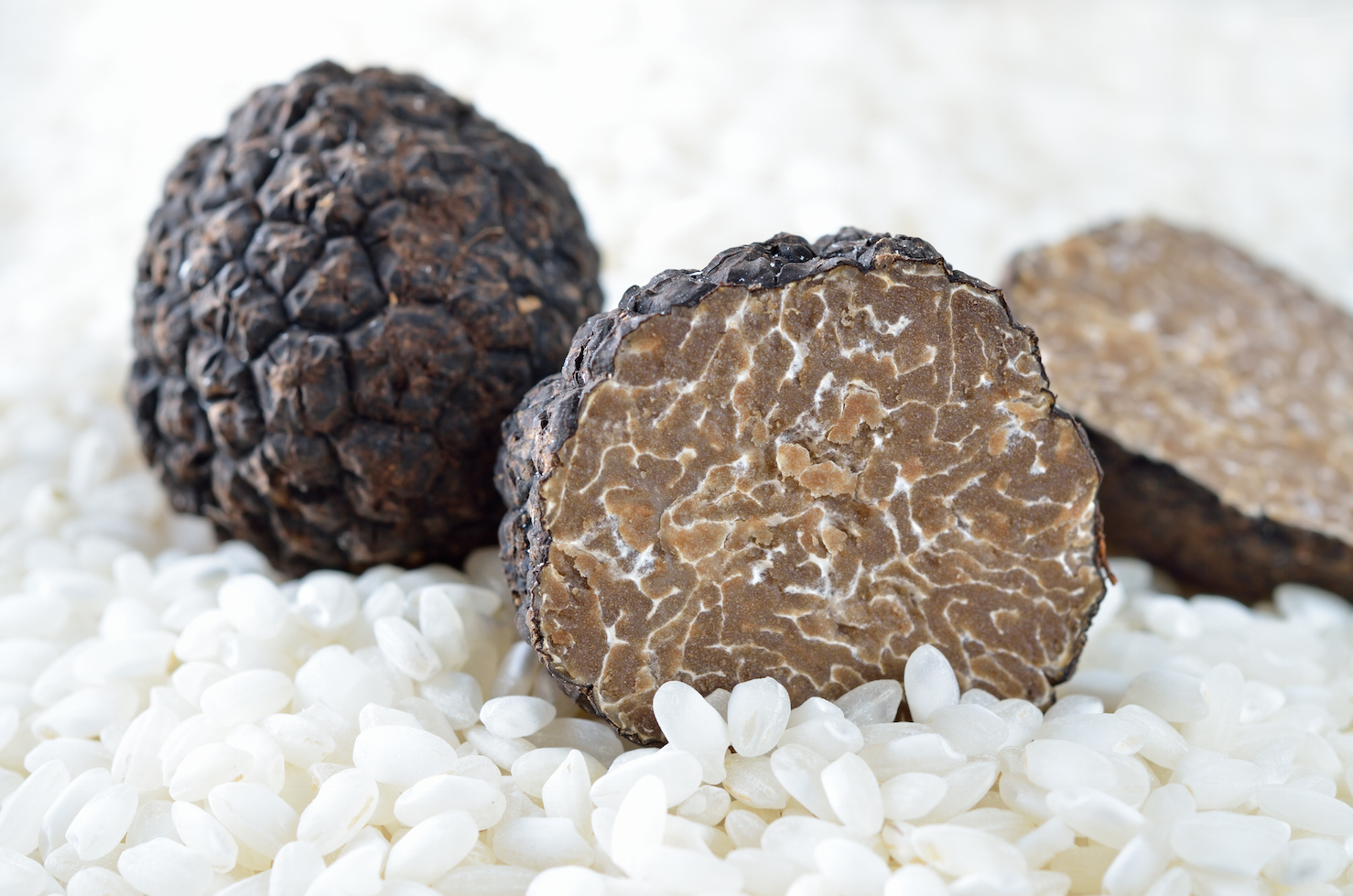 Like many gourmet products, their extraordinary expense is directly related to their limited supply and the labor required to harvest them. They only like very specific kinds of soil and trees. Because they live inside tree roots, you can’t just plant truffle seeds. Usually you must find trees small enough to transplant growing in an area that already has truffle fungus, and dig up the small trees and plant them in a new area with the right kind of soil. The fungus that is living inside their roots will hopefully be transferred to the new area, and in 10-20 years, you might start getting truffle tubers there.

How to cook with a fresh truffle

If you should find yourself buying some of these “diamonds of the kitchen”, you’ll want to be sure you use them correctly. There are a few universal rules to cooking with truffles. Firstly, remember that the truffle flavor will dominate any dish, so make certain it doesn’t have to compete. Fat is your friend when it comes to truffles. The richness of fat enhances the truffle flavor which is why it’s most often paired in butters and oils. Remember a little goes a long way. When using fresh truffles, maximize the flavor by slicing paper thin flakes on top of dishes, only using 8 – 10 grams per person. More does not necessarily mean better in this instance, rather a waste of a rare ingredient.

How should I store a fresh truffle?

Store your precious truffles with great care, as exposure to air is what ultimately exhausts the spore of its aroma and flavor. They can be kept in the refrigerator for up to two weeks or kept frozen in a vacuum sealed glass container for up to 6 months. Lastly, truffles can be stored submerged in uncooked rice grains to emulate their natural habitat and regulate their moisture content.

Truffles are the best food that you can enjoy this winter. You can enjoy cooking with truffles at your place.

Is it possible for a good truffle to grow in England?

Hi Jeanette – it is! Here’s an older but still accurate article on the subject. https://www.theguardian.com/lifeandstyle/shortcuts/2012/oct/12/english-truffles-where-to-find-them