On Thursday, June 23rd from 6:30pm-8:30pm in our Rittenhouse Upstairs Café, the Masters of Cheese from all over Europe will converge in Philly for one night only to honor Daphne Zepos, a trailblazer in the global cheese community, and raise funds for the scholarship created in her memory. You will have the opportunity to chat all things cheese with these experts, as well as try each cheese in its traditional form and incorporated as a special ingredient in our hors d’oeuvres selections provided by Chef James Liuzza. 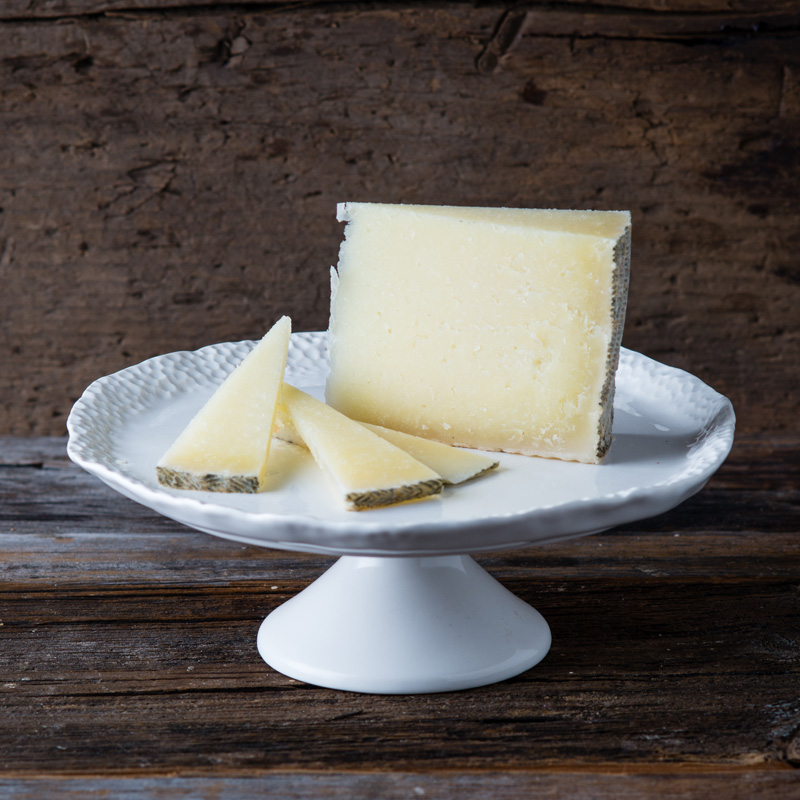 The ranch where 1605 is made has been around since 1878, and the cheese itself is named after the year “Don Quixote” was published by Cervantes. This cheese comes to us from our dear friends at Essex St. Cheese Company, who rely on the folks at Queseria 1605 to select the best of these wheels for distribution. Made by female cheesemaker Maria Jose, Finca Sierra La Solana also produces grapes and almonds. 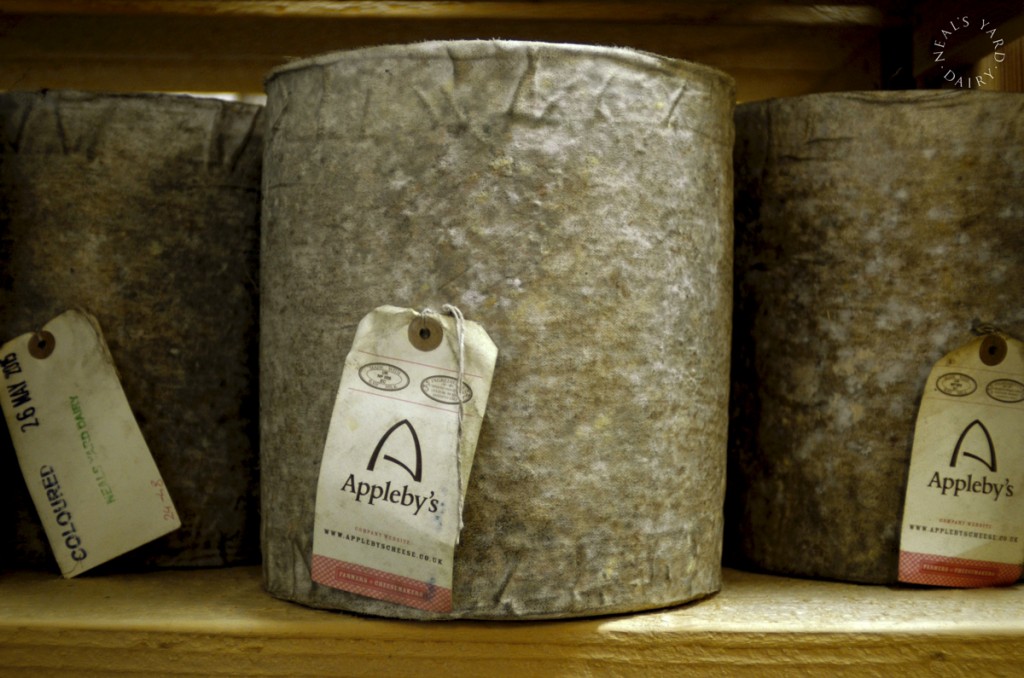 The Appleby family, from the UK, has been making Cheshire since 1952. Now, the third generation including Sarah Appleby closely works with cheesemaker Garry Gray to make the tasty Appleby’s Cheshire. Moist, crumbly, zesty and with rich mineral flavors and a bandaged rind, Cheshire is a great example of how the cloth rind enhances the cheese’s texture and flavor.

Cheesemaker Alessandro Carpenedo and his family have been at the helm of La Casearia since the early 1900s. To honor the love of his father’s (Antonio) and mother’s (Giuseppina) love, Blu ’61 was created. The cheese is aged with Passito di Rabaso wine and with cranberries. It’s a fine blue cheese to enjoy on its own paired with a dessert wine. Suggested pairing with Blu ’61 is a balsamic compote with fruit. Bronze award winner of the 2014-2015 World Cheese Awards. 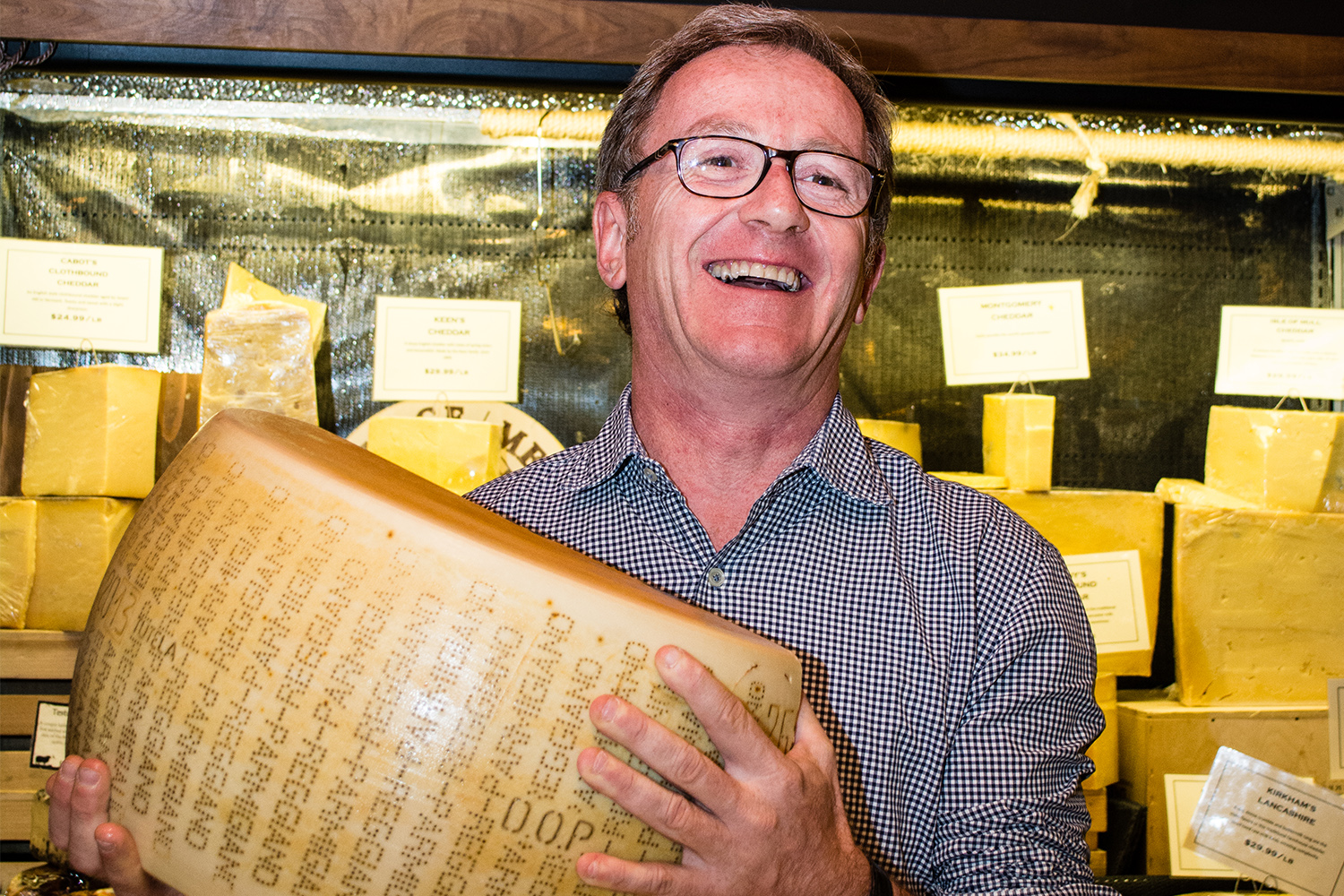 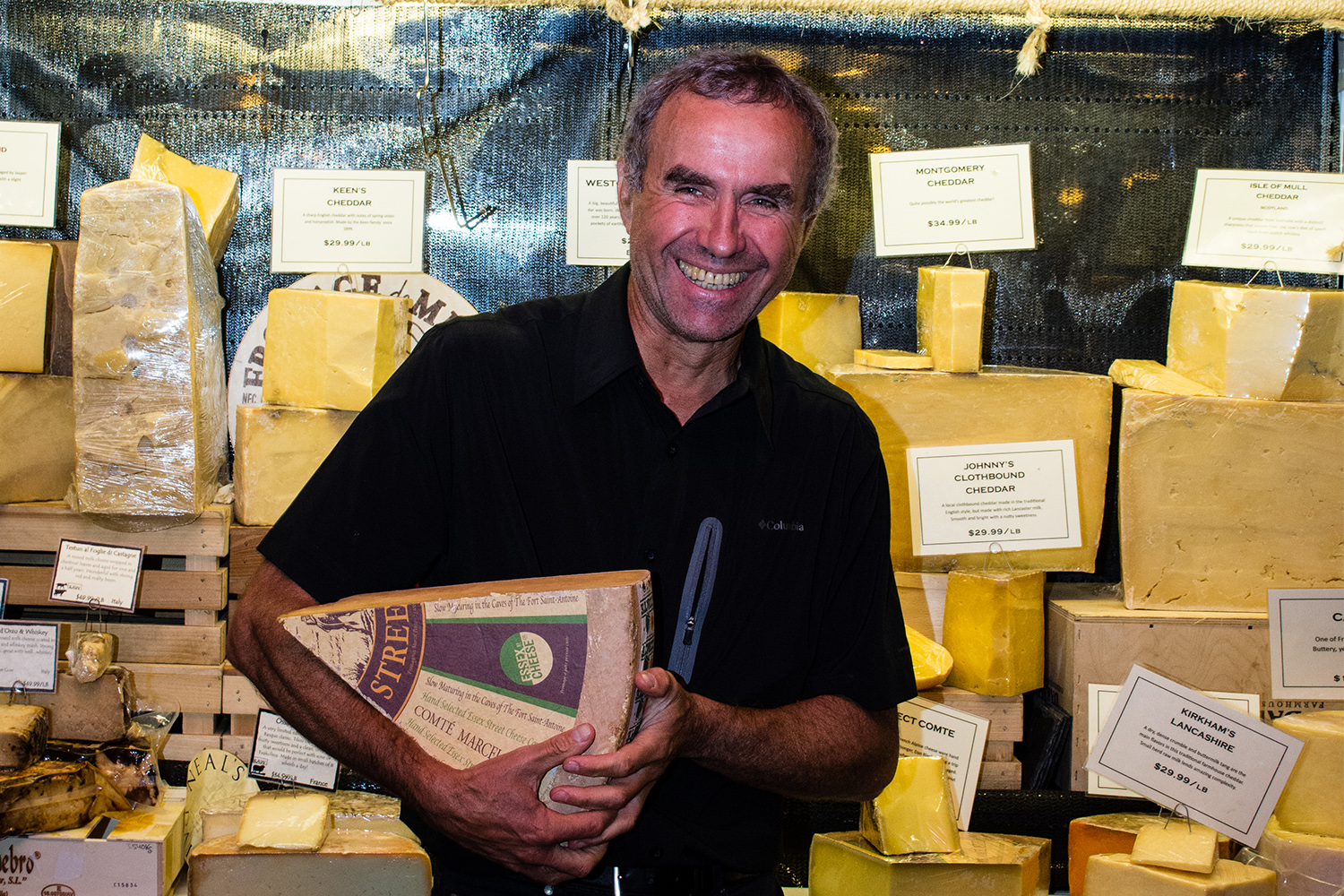 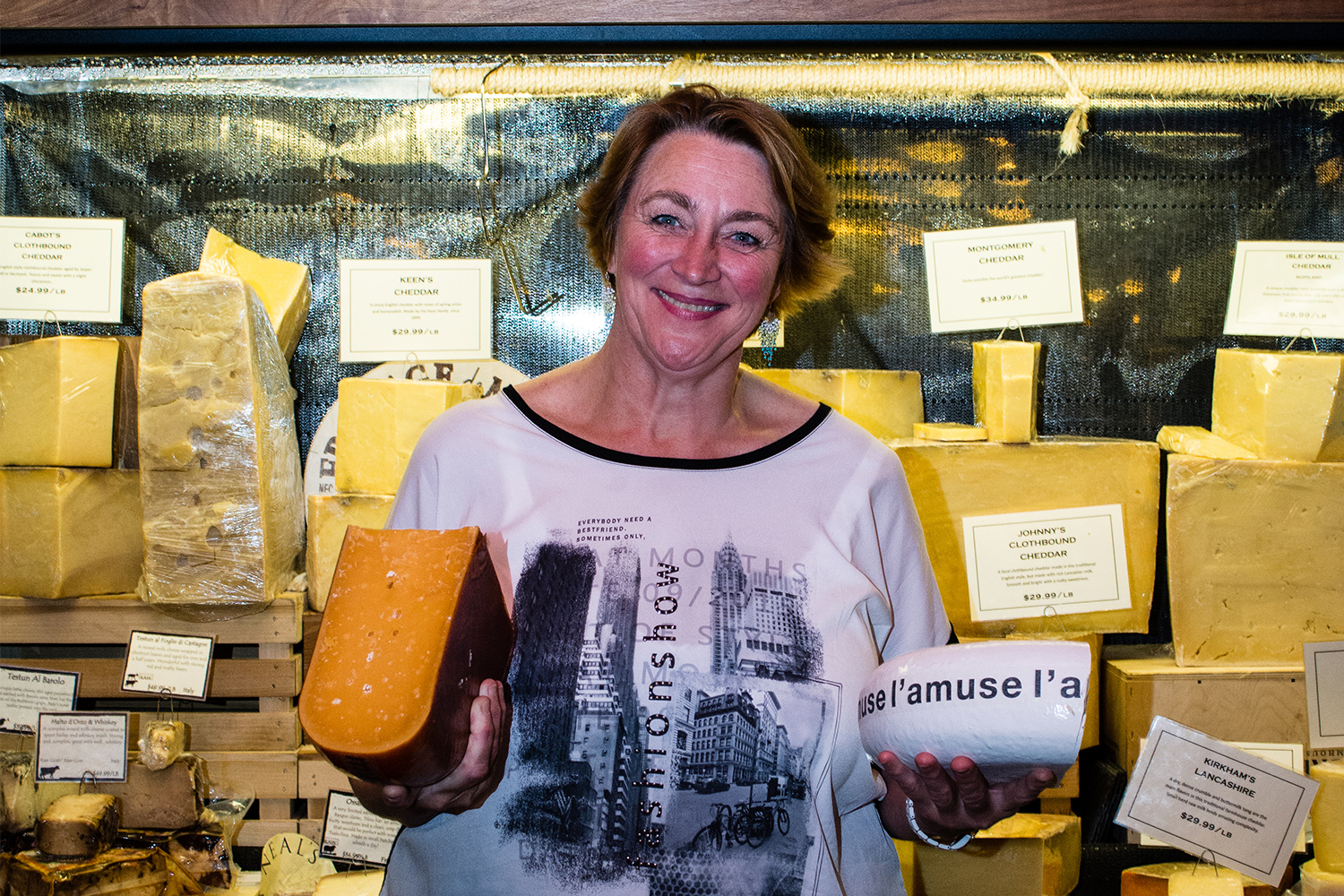 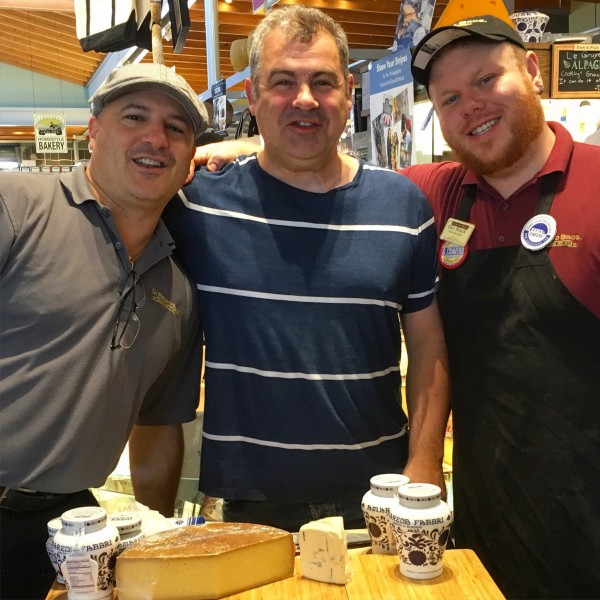 Norbert of Kaeskuche will be here to tell us about this unique cheese. Alp Blossom is a raw cow’s milk cheese that is coated in edible wild mountain flowers with a firm, creamy, savory paste. This is a special cheese that is rarely exported. A recommended pairing for this Alpine is any Bavarian beer. 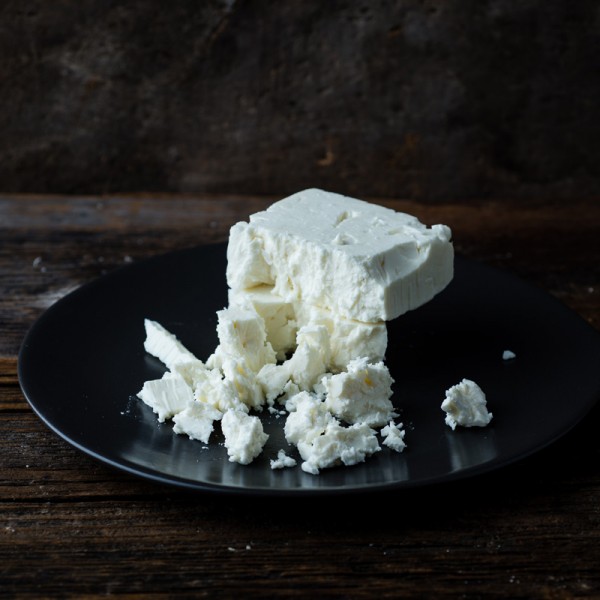 Chef Danae Tsekoura comes to us with a feta that meets the PDO status of what a Greek Feta should be. Crumbly, mildly grassy, and sweet, Essex Feta is made with traditional methods from a breed of sheep native to the Greek Island of Lesbos. Pair with watermelon or cantaloupe or bake with honey and sesame seeds and serve warm for a delightful treat.

Brooklyn Brewery will provide a sampling of their portfolio, including Local 1, Local 2, Sorachi Ale, Defender IPA and of course, Summer Ale. Philadelphia’s favorite oenophile, Marnie Old, has worked with her team at Boisset Collection to create a wide offering of wines from California all the way to Burgundy. Chef James Liuzza, executive chef for Di Bruno Bros., will prepare a variety of hors d’oeuvres that highlights each international cheese in a delicious bite!
During this two hour meet and greet you will learn the artistry behind cheese-making, enjoy the flavors of many cheese centric bites, while washing it all down with delicious beverages from our partners, Brooklyn Brewery and Boisset Collection.

About The Daphne Zepos Teaching Award
Daphne Zepos was a trailblazer in the global cheese community as well as a visionary.  She has worked with almost all of the cheese experts featured in this pinnacle event and influenced the quality, care and respect for cheeses around the world and the people who make them.  In her final hour, she worked with her colleagues to form the DZTA, Daphne Zepos Teaching Award, a program designed to support cheese professionals in their advancement of knowledge and information sharing among their peers.  Proceeds of the Legends Series: World Tour event will go towards this scholarship.