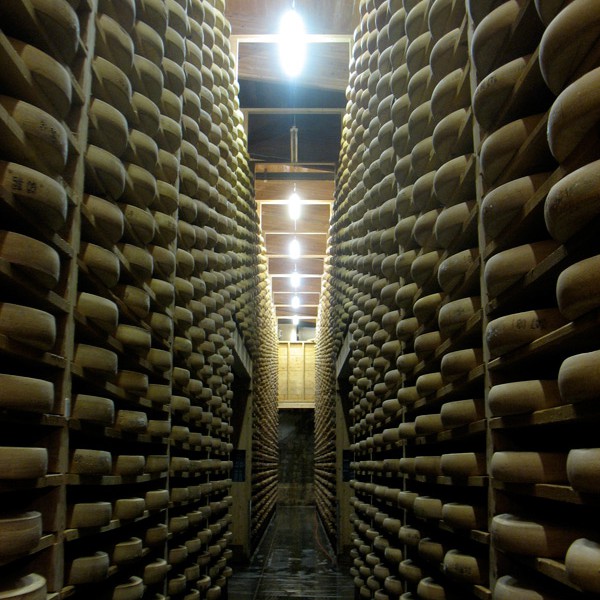 If you are lucky in this life, and hope that you are, you will visit places that never seem real, the sort of places we attempt to evoke in novels and film. We revisit them in dreams, their memories there to remind us that such places really do exist. My own luck, of course, has been led by cheese. Perhaps you have purchased Comte from me. I probably I laughed a little when I said it was aged in a converted Franco-Prussian military bunker. It’s not that I made it up. Rather, I laugh because it sounds like I did; it’s really just that out-there. Imagine that! A Franco-Prussian military bunker, well, doesn’t that just beat all. You can believe me: it does.

When I visited Fort Lucotte de St. Antoine, I, despite a lifetime of trying, had never so much felt that I was in a book. This was Emile Zola’s telling of Charlie and the Chocolate Factory. Set in the Haut Doubs forest of France’s Jura mountains, the scene is bucolic as all get out. Tall, evergreen woods alternate with flower-dotted pasture. Castles and stone cottages lie in various degrees of construction and destruction, spanning centuries of humanity, and rocky mountain outcrops display millions of years of earth’s history. The handsomely red-pied Montbeliarde cattle bray and clang their enormous, low-but-clean pitched bells, combining to a sound so particular it could not be reproduced. The forests are dominated by fir, which lends both its green and resin to the local distillate.  We would drink little glasses of the vert sapien later that day, but walking the causeway to the entrance there was little to calm our expectancy: only seconds remained of our life before having been inside Fort Lucotte’s cathedral of cheese. 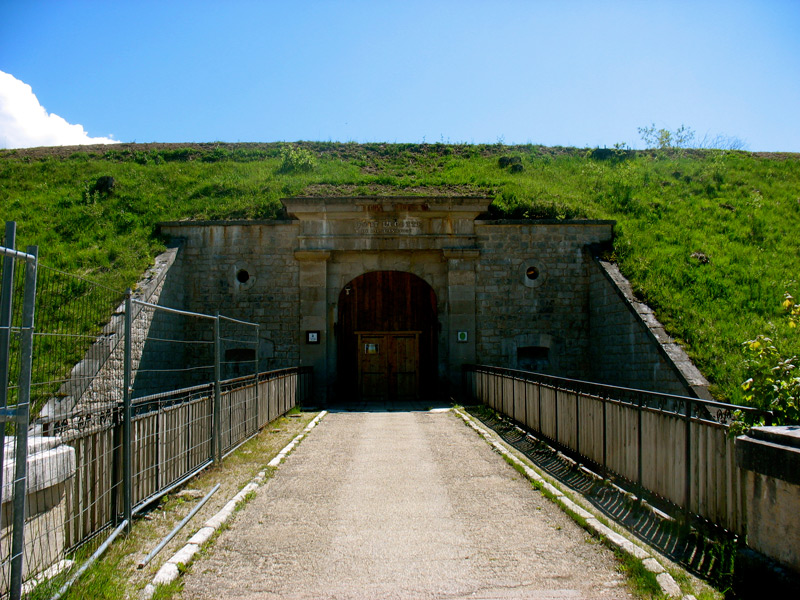 We were greeted by Marcel Petite’s own Benoit Prince with a touch of a song from a franchise I won’t name here for fear of ruining the mood. When it came to fantasy and magic, this was the real thing: no theme park or doll could replace it. Leading us around low-lit stairwells, Benoit was our Igor, our butler in a murder-mystery, and, now inside, the only things that mattered here was what mattered in Comte: limestone, fir, and cheese.

Truth be told, it’s not that absurd to age cheese in such a facility. The Jura region of eastern France, bordering Switzerland and wedged between Germany and Italy, is dotted with bunkers built just after the Franco-Prussian War (which didn’t exactly go as France had hoped). Built with the intent of defense against further German takeover, such facilities quickly proved less and less useful as the arms race modernized. Although able to lend some use during World Wars I and II, these garrisons had been abandoned for decades when Marcel Petite bought Fort St. Antoine in 1966.  This subterranean, manmade, limestone inclusion was the ideal space to age cheese. You couldn’t write a more French ending to a military story.

Admittedly, I have a penchant for France in the 1860s: parasol twirling, oil-painting, park-lunching, war-fleeing dreams occupy my heart and mind, but perhaps not yours, so let me take you to a universally fascinating era about 200 million years ago: The Jurassic. The Jurassic era is named for The Jura mountain range, the very site of Fort Lucotte! Some of the best preserved and most abundant deposits of fossils of this time period are known from these mountains, including many of our choice charismatic megafauna: dinosaurs. Do you want to know what this has to do with cheese? You see, these mountains, composed of uplifted, 200 million year old limestone, provided the raw material to construct these fortresses-come-cheese caves. Limestone caves are great spaces for the maturing of cheese (perhaps you are familiar with the natural limestone caves or Faribault, Minnesota or, undoubtedly, those of Roquefort, France), as this calcium-rich rock’s natural tendency to absorb and expel moisture at a steady rate facilitates a constant humidity: prime cheese-aging condition. 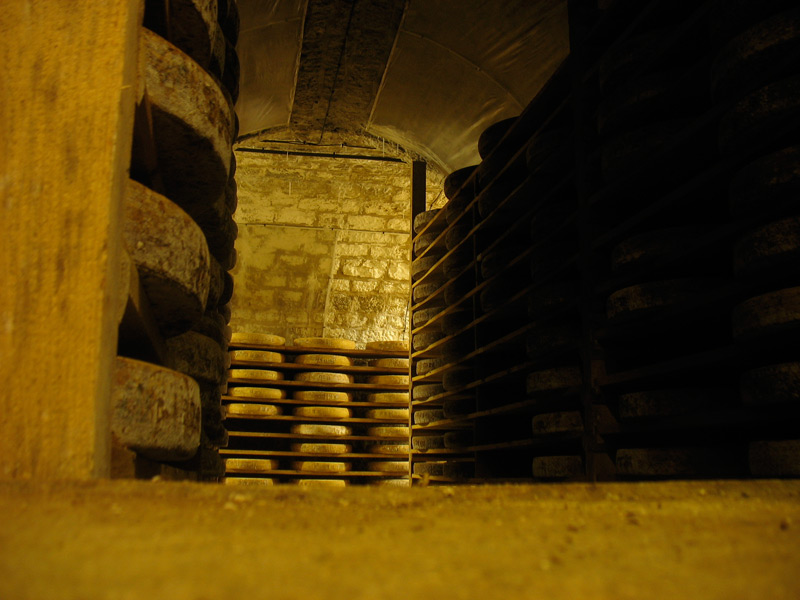 I certainly could feel the humidity, and the cold, mostly in my aching knees, as we wound through the depots, but that couldn’t compete with my awe. I imagine I will never see so much cheese in my entire life. Room after room after room was outfitted with fir shelves uniformly stocked with cheese. It was like a library, one that just didn’t stop as you looked up. Each opening at the end of a hallway gave view to the next opening at the end of that hallway, ad infinitum. In these seemingly endless halls, cavern after actual cavern that we were led through, live thousands of wheels of Comte.

My inner curator was amazed by the staff’s ability to navigate the rooms and, most impressively, understand their contents. This job involved a massive skill of collections management. In the time I was there, and even if permitted a great deal more observation, no amount of cheese or collections experience would help me decipher this system of catalogue and retrieval. The tasters made notations, hobo marks notched onto on each wheel with their cheese triers. This code was evidently secret. We asked. I’m told they always ask. They wouldn’t tell. I’m told they never tell. Still I respect, cherish, even, the secret cipher of an expert, and experts they are.

In Les Miserables, Victor Hugo had some great things to say about those who make Comte. He revered them as people’s people, working class men who bind together to make a collective product. You see, when you make cheese at high altitudes, cooperative farming is key. You have little time and space to hold your milk, so working with other herdsman to make a collective cheese is a hallmark of this style’s tradition, and continues to be of socioeconomic significance. In contemporary Comte production, the farmer, the cheesemaker, and those who age the cheese are three separate and distinct professions which rely upon one another. The cheeses at Fort Lucotte come from multiple fruitieres (those are the cheesemakers, blessed be) who receive their milk from a number of dairies certified and registered to produce milk for Comte production. It is the affineur who ages and ripens the cheese, the master that brings each cheese into its own best.

In a world that values consistency and repeatability as the standard of perfection, especially concerning the production of food, it is refreshing to know the people of Marcel Petite celebrate and encourage the cheeses’ underlying diversity. Comte is an AOC cheese, adhering to agreed-upon and strictly enforced rules concerning its production, but, still, no two wheels are ever the same. Repeatability seemed to dominate in row and column and row and column of equally sized, evenly shaped cheeses, hanging of the shelf with identical lip from one to the next, but such a collection would not impress me to navigate or excite me to discover.

In the nursery, we are told, are the babies. Still soft and moist, the babies are rubbed with the salt to kickstart their rind formation. As they mature and develop, cheeses are moved to their subsequent aging rooms, like grade levels in a school. Like any good teachers, the affineurs of Marcel Petite do far more than cycle the cheese through each class with universal expectations. Each wheel is considered independently for its own values, each one tasted and noted with such systematic intimacy. The cheeses become so well known to the affineur that he can accurately predict when any given wheel will be at its best. Some wheels may be sold younger, others held to mature longer, even into the ever beloved Comte Symphonie or Essex Comte Saguesse, which can be over two years old. The identity and unique qualities, the personality, if you will, of each cheese is celebrated and encouraged. The rind color, the full pantone from ochre to coral, is where I first really noticed the diversity. Before a single taste was made, I began to see the trees through the forest: there were a lot of cheeses, but every single one was different from the last. 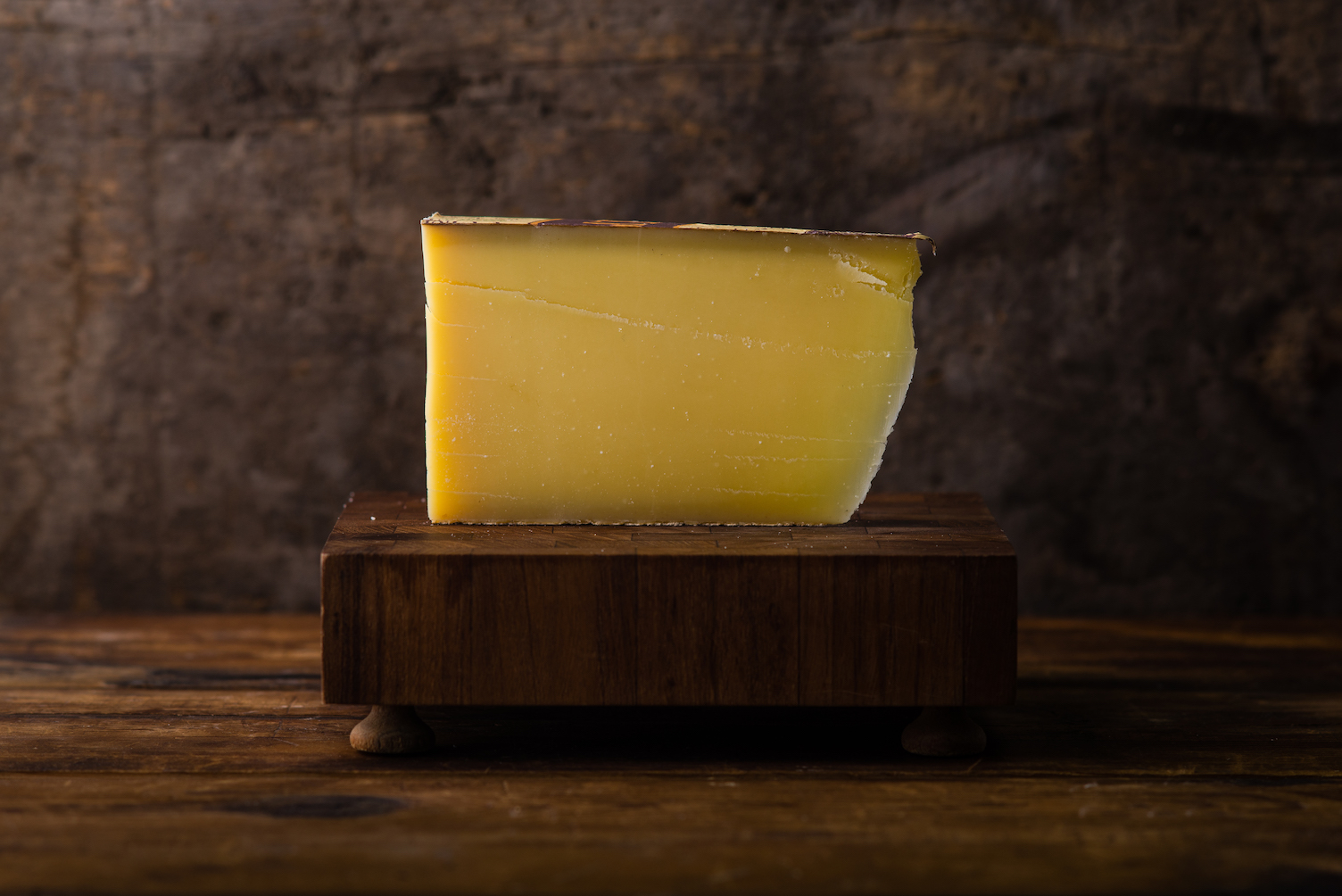 In past and unsettling lives I have grated a lot of Comte, cooked a lot of quiches and gougères, omelettes and French onion soup. Only when I became a cheesemonger, though, did I really start to taste Comte, I mean taste. The particular flavor which I tasted most, when Comte first became something to consider and dwell upon, was that selected from Marcel Petite by Essex Street Cheese Company. Essex Street’s illustrious, and genuinely beloved, selectors, Leah and Rachel Juhl, had pulled me into this whole fort-of-cheese-in-the-woods scheme in the first place, and despite my confidence that I loved their choice flavor profile, that day, faced with thousands of cheese and dozens to taste, I finally understood how their’s was distinct, and what diversity of flavor was available from a single style.

Cellarmaster Claude Querry led us through the tasting, round corners and down alleys, with confidence and pride, like a librarian following the call number of a book he had written himself. His tasting method had ritual, magic, and I smiled warmly to realize that people get to go to work and do this: it is a job. Claude flipped the wheels, each weighing about sixty-five pounds and measuring perhaps a meter in diameter, with impressive ease, holding them between knees and shelves as he tapped about the wheel with the blunt end of his cheese-trier, listening for readiness, checking for uneven spots, and considering things I will never understand simply because I am not him.

We tasted the core of several wheels, and the Franglish tasting notes strewn about varied and delighted. Some tasted of egg and flour, like uncooked brioche. Others were brothy and rich, intensely meaty like a bowl of ramen. Others, still, were crisp and minerally. That selected by Essex tasted sweet and grassy with a toasty depth, the profile I had learned so well. The cheese I selected was rich, caramelly, and spicy, like Thai noodles and ginger snaps, and, like picking out a pet to adopt, I knew it was my favorite as soon as I found it. With representatives from a smattering of cheese shoppes in the United States, as well as London’s Borough Market, there were plenty of profiles to choose, and the subjectivity and eclectic breadth of taste we exhibited as a group was remarkable. Each of us selected vastly different wheels, entirely disparate profiles, and that was good. There was no shaming a lack of consistency in the product, no judgement of unsophisticated palates. The affineurs of Marcel Petite had worked to bring each wheel into its height of quality, to the point to let those unique qualities shine, and we all found a beloved wheel to cherish. 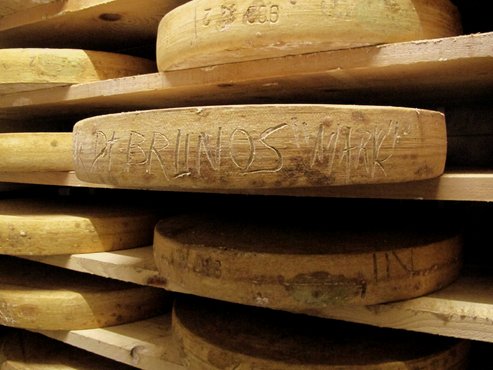 Despite my sore knees and the fact that I hadn’t had a cocktail since, like, breakfast, Fort Lucotte was not easy to leave, the kind of place you look over your shoulder and watch dwindle over the horizon as you pull out of the driveway. And there it went, buried back into its hillside and made of its own ancient limestone and fragrant fir, where Comte is brought up and its diversity displayed: the museum of cheese. Sometimes you’re just really lucky.