No matter which celeb receives the award, we all win when you put cheese in the leading role! Roll out the red carpet for a star-studded evening celebrating the most beautiful cheeses in showbiz! Celebrity photos from Getty Images. 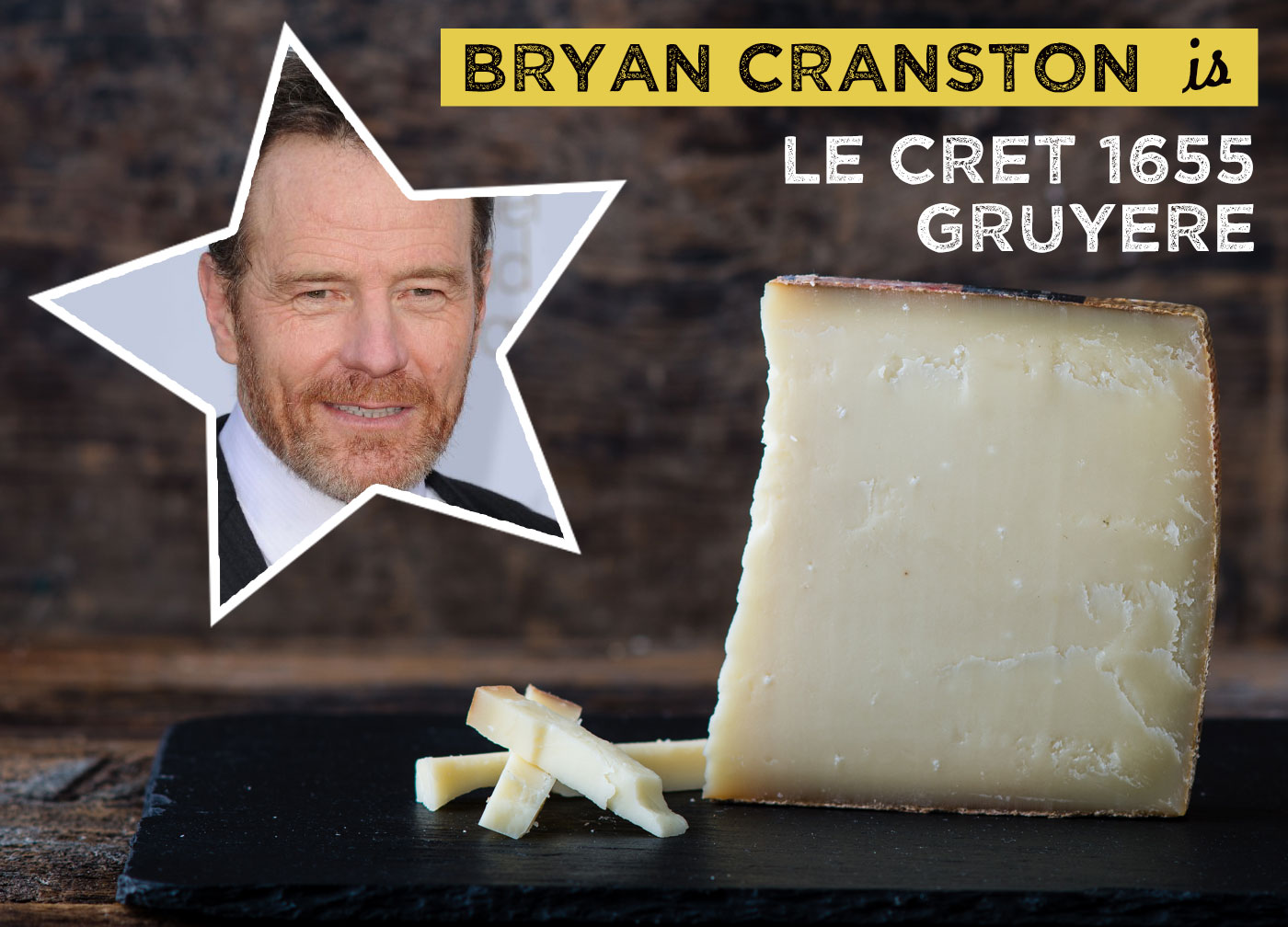 A wealth of talent and flavor hides behind these mild-mannered, unassuming appearances! Cranston and Le Cret‘s wide ranges can satisfy any palate and have earned them respect amongst their peers. 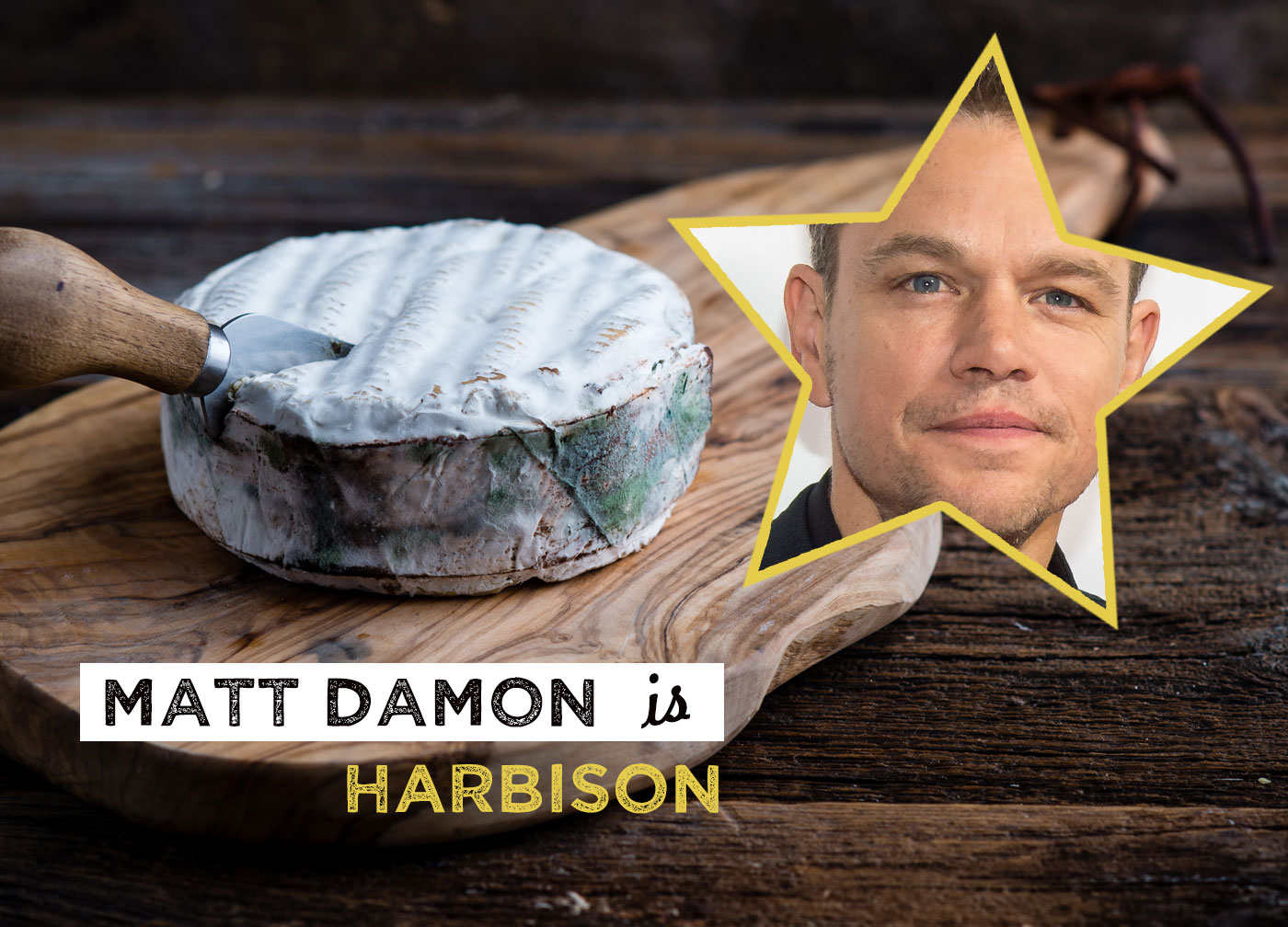 Two true American classics, proudly hailing from New England. Damon is up for an award for his performance in “The Martian” and Harbison boasts out-of-this-world flavors! 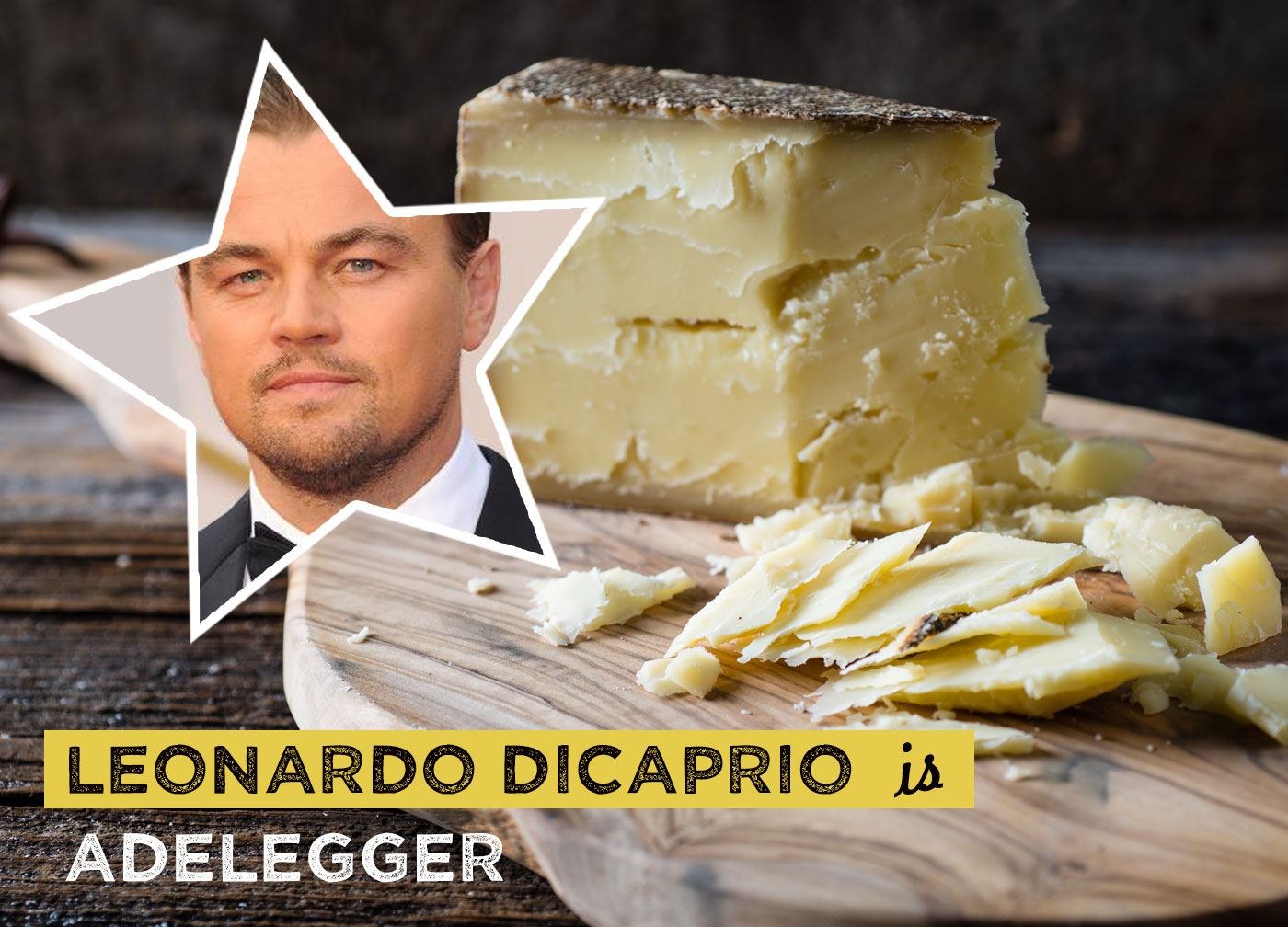 The meatiest, burliest mountain cheese, Adelegger, meets its match in this intense method actor. Both have been known to wrestle bears! 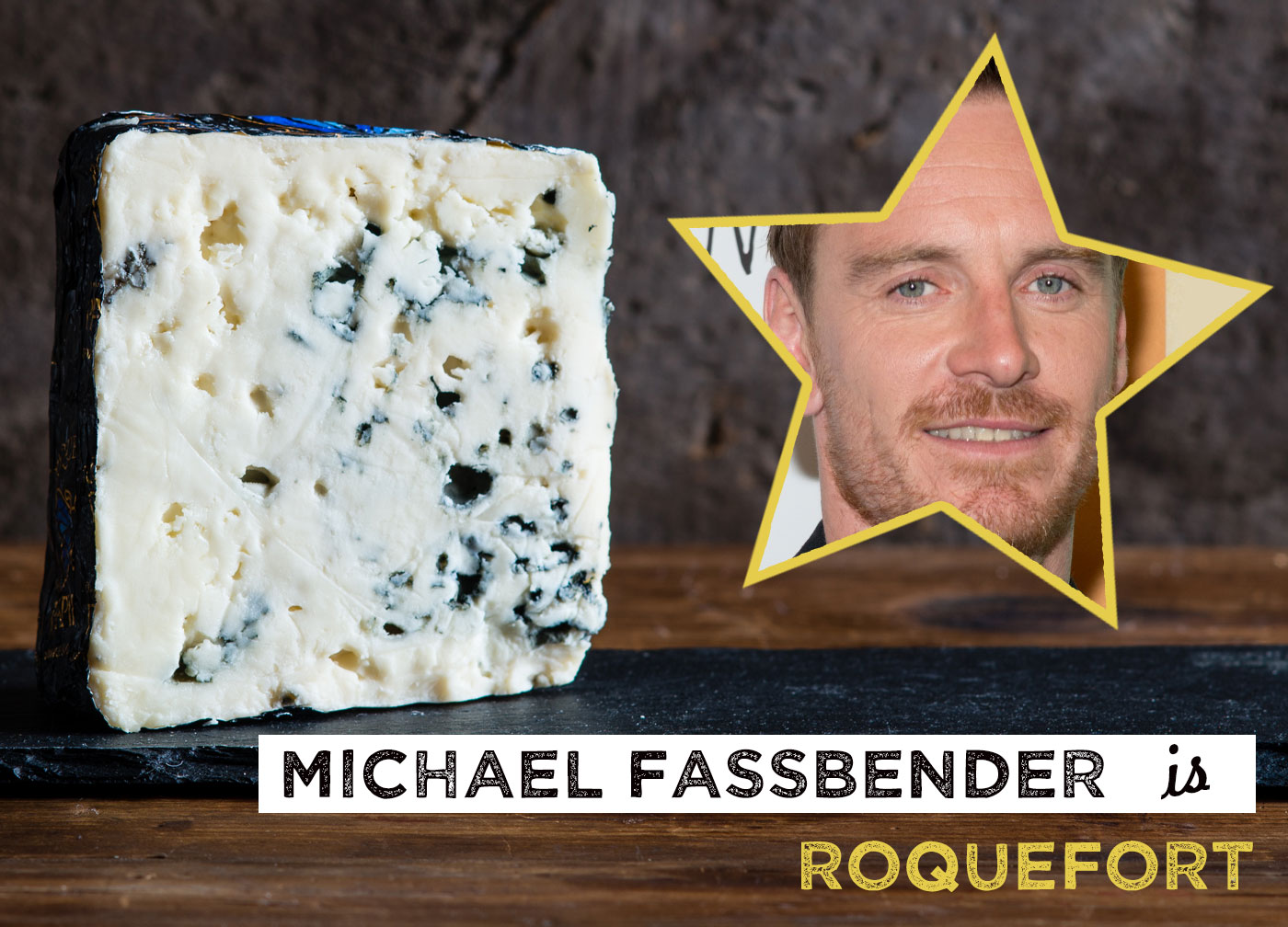 Roquefort is distinct, classy, smoky, and salty with icy cold baby blues. Are we describing the best blue cheese ever made or Fassbender? Even we do not know. 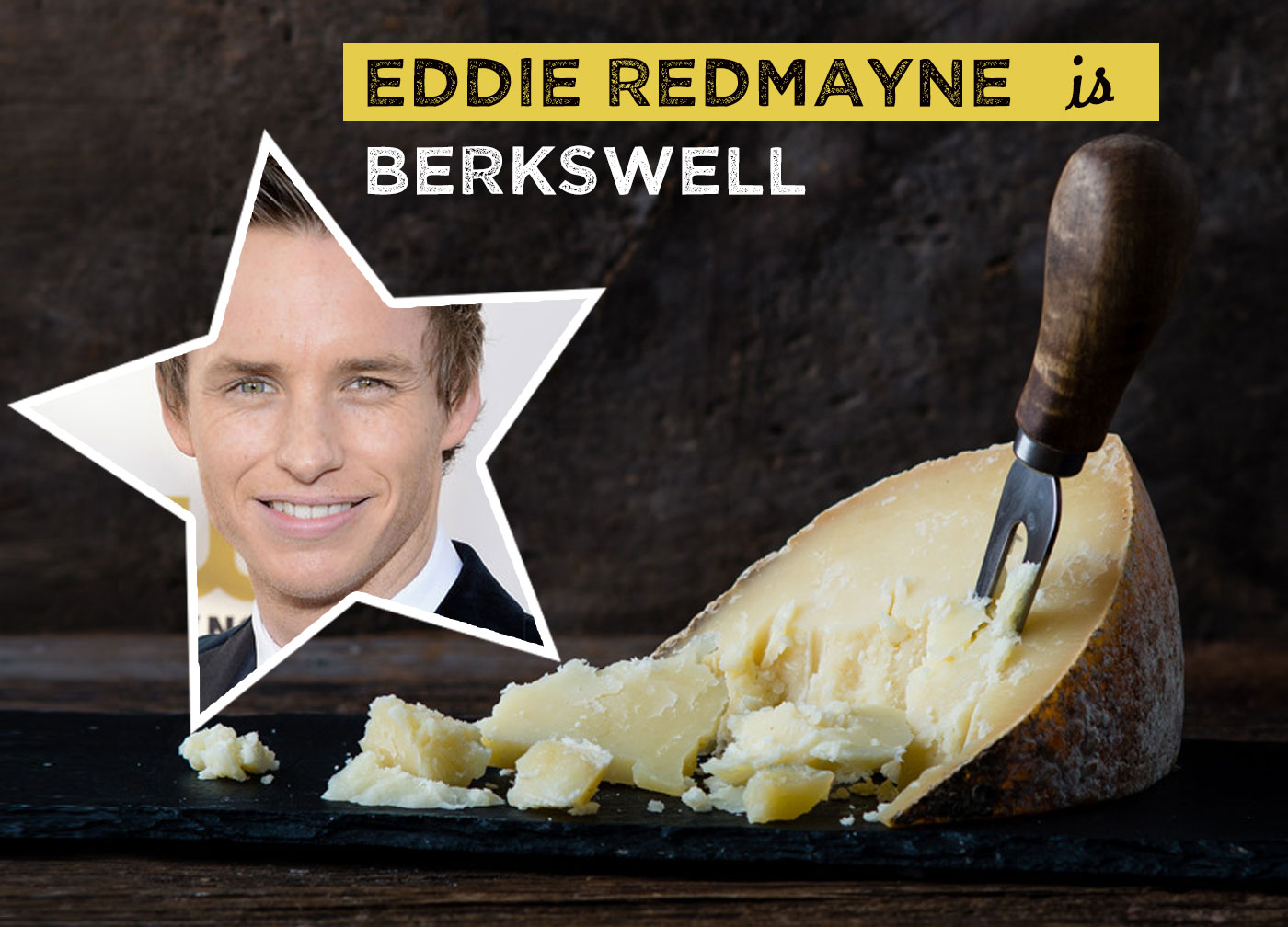 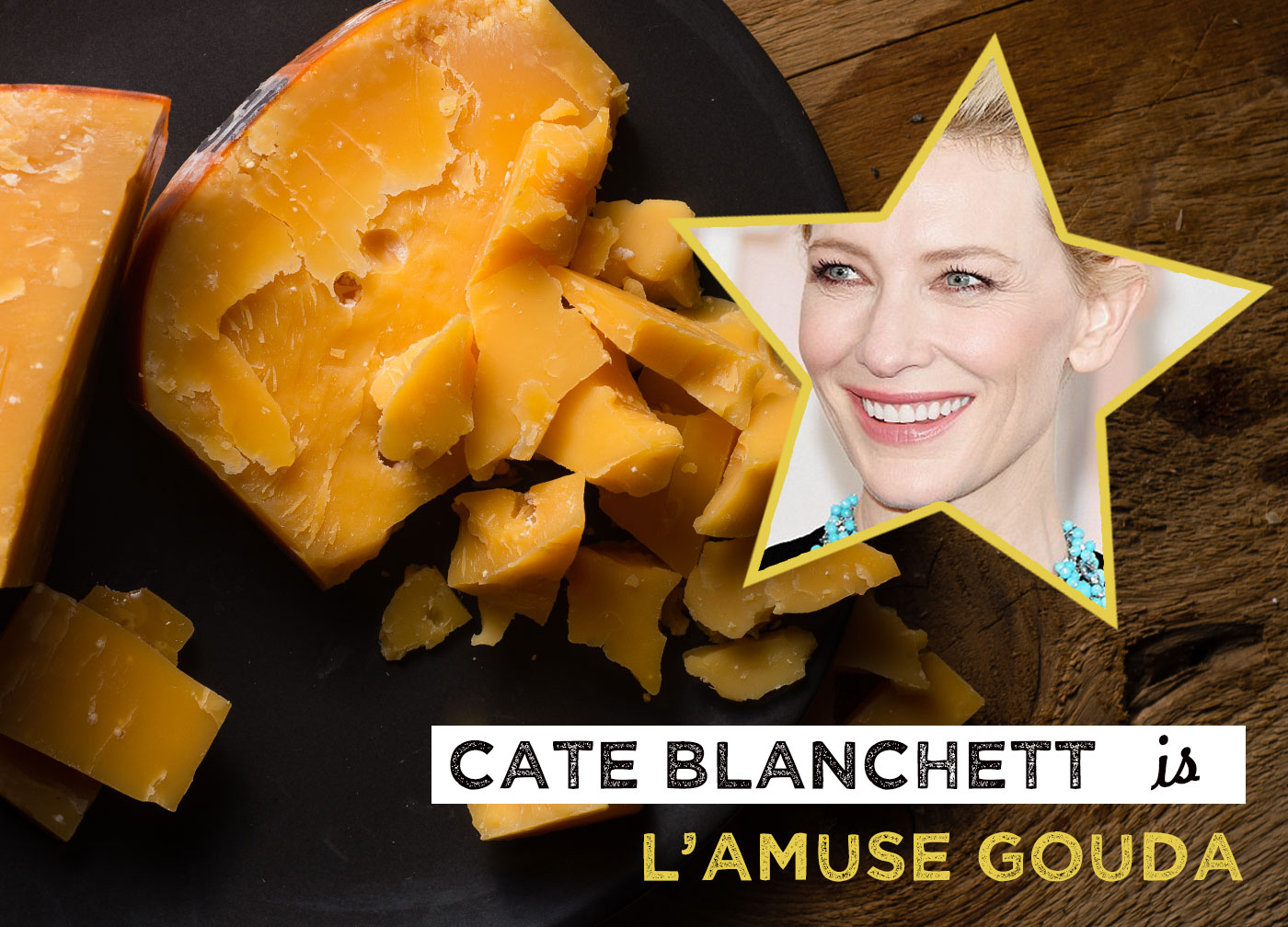 The undisputed golden queen of (L’Amuse) Gouda, capable of performing anything, anywhere, anytime! 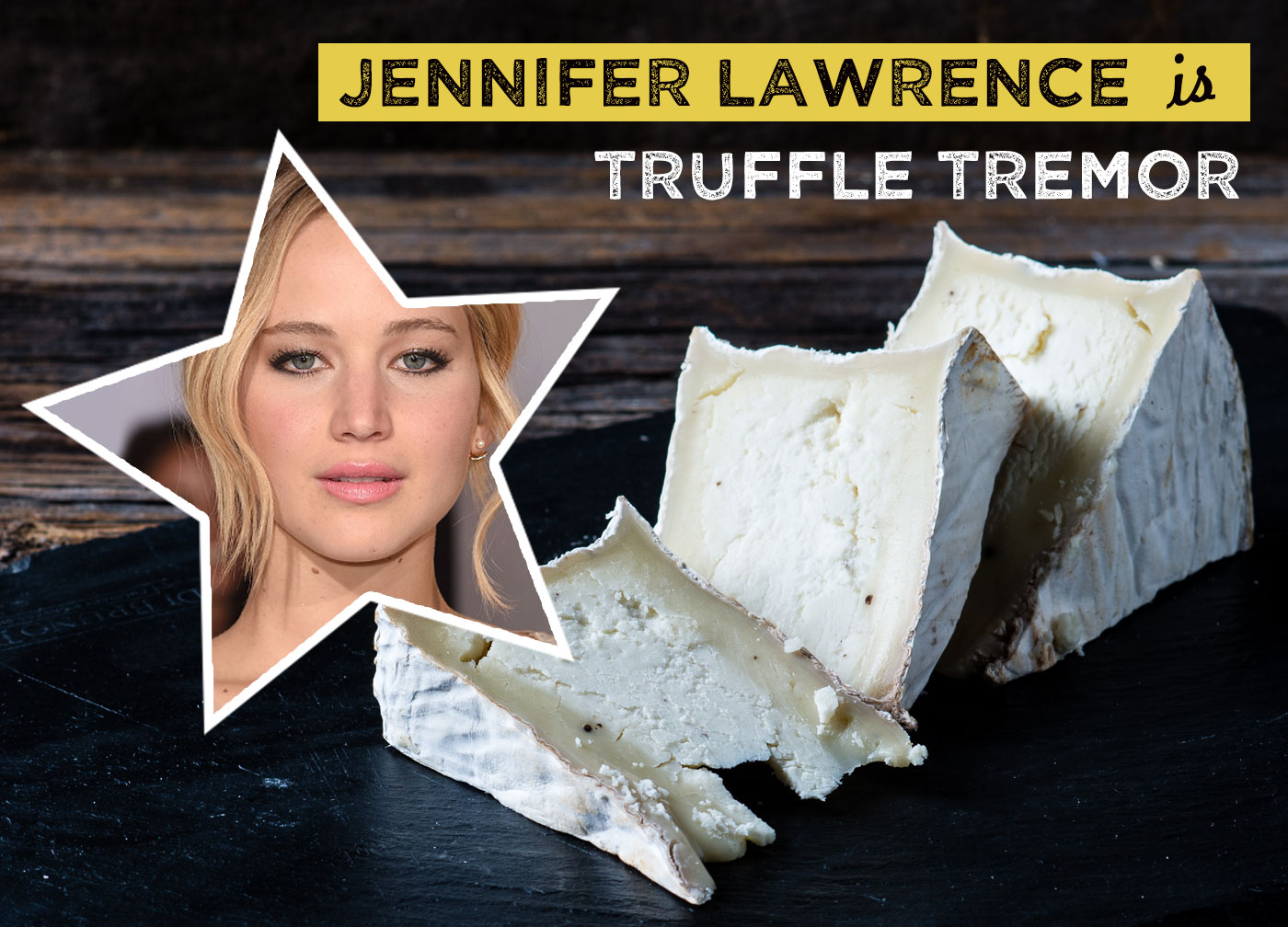 Truffle Tremor is a young, fluffy cake of cheese on the outside with a zesty, robust masterpiece of earthy truffle surprise on the inside. Handy with a bow and arrow. 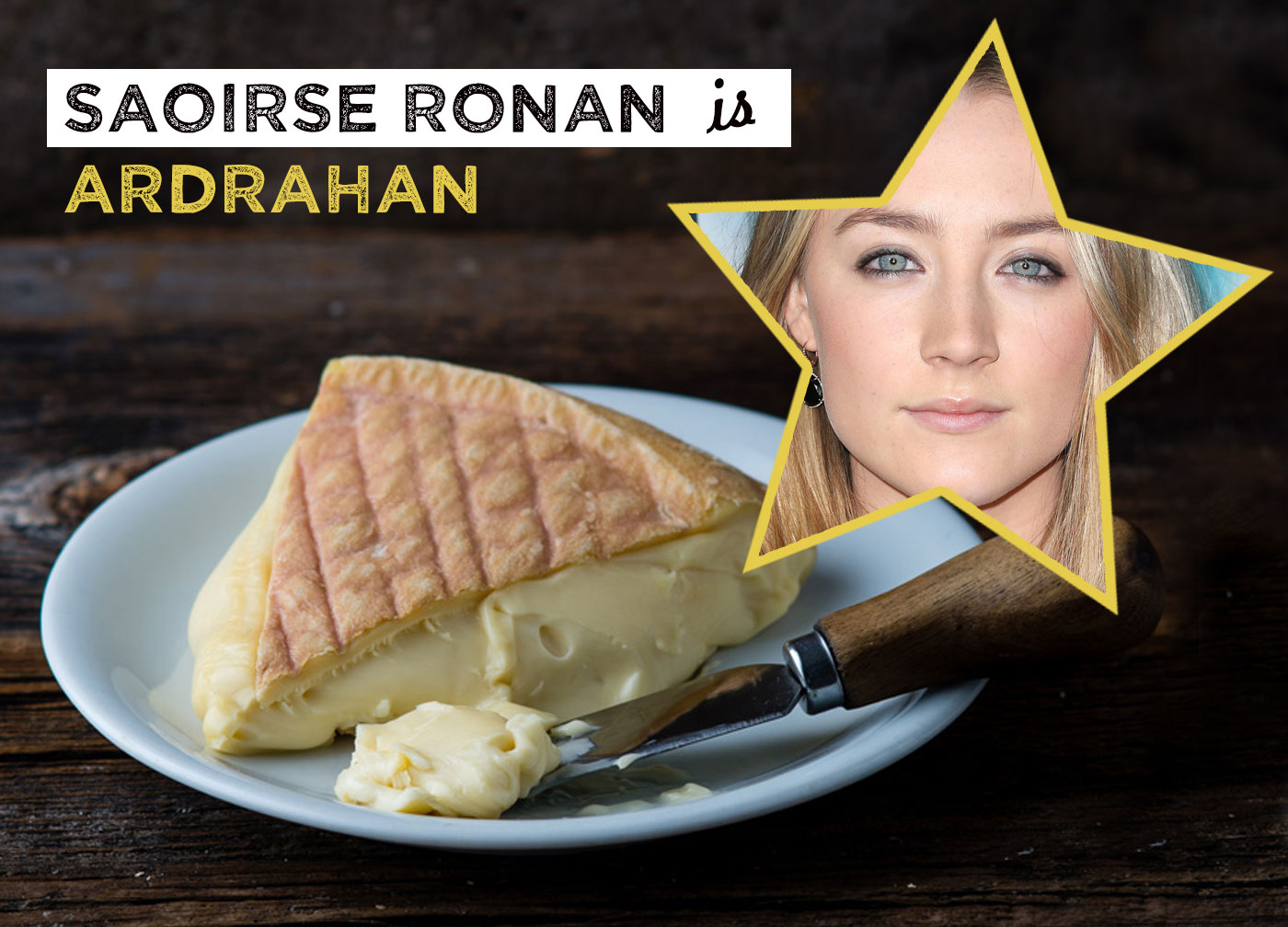 The benchmark for Irish cheeses. However, young Ardrahan is as gooey and stinky as young Ronan is sophisticated. 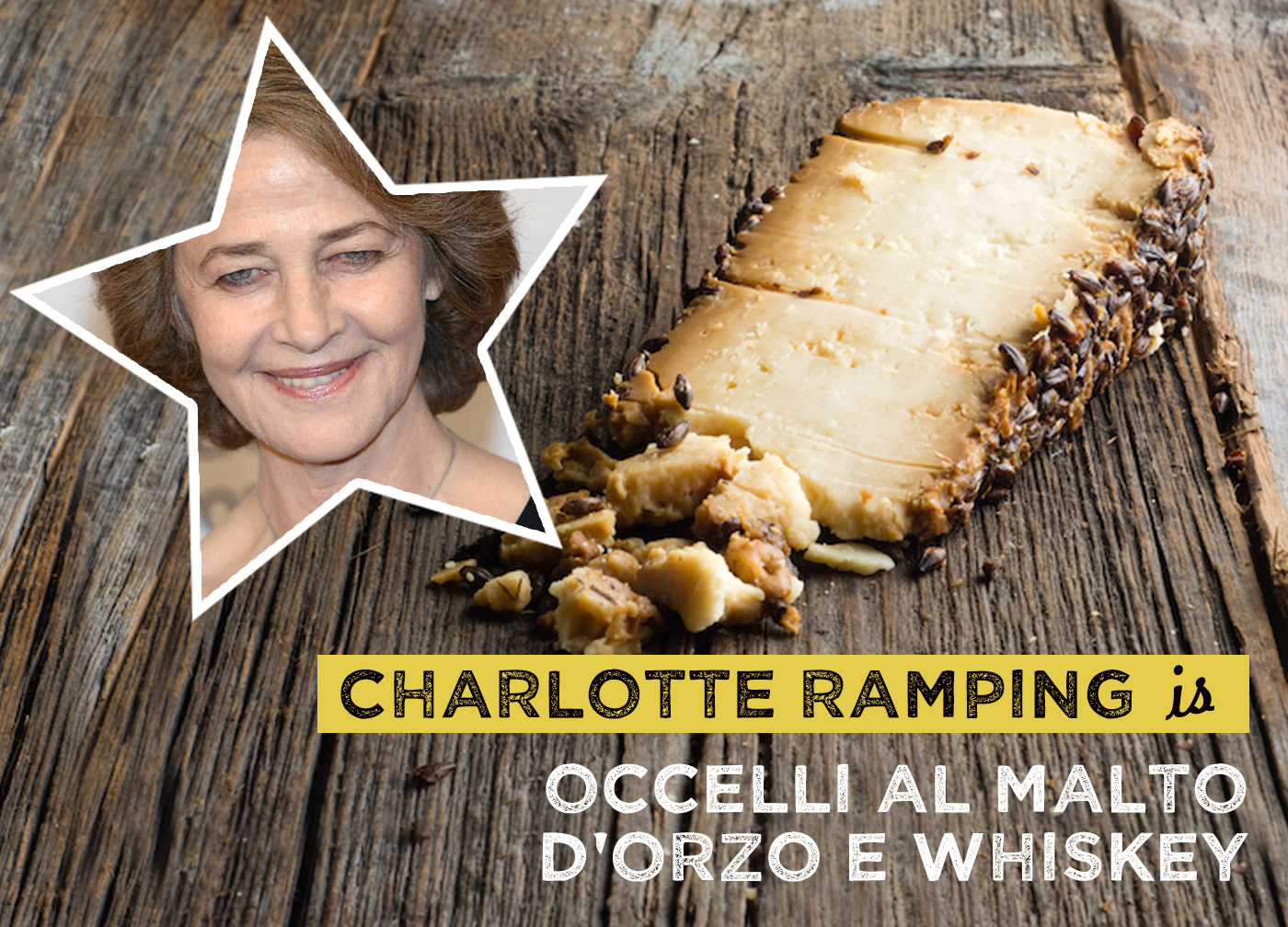 A frisky mix of milk is given a malty, dark side of Occelli al Malto d’Orzo e Whiskey, transforming it into an intoxicating Italian rum cake of a cheese as it matures. You know these two have seen a few things. 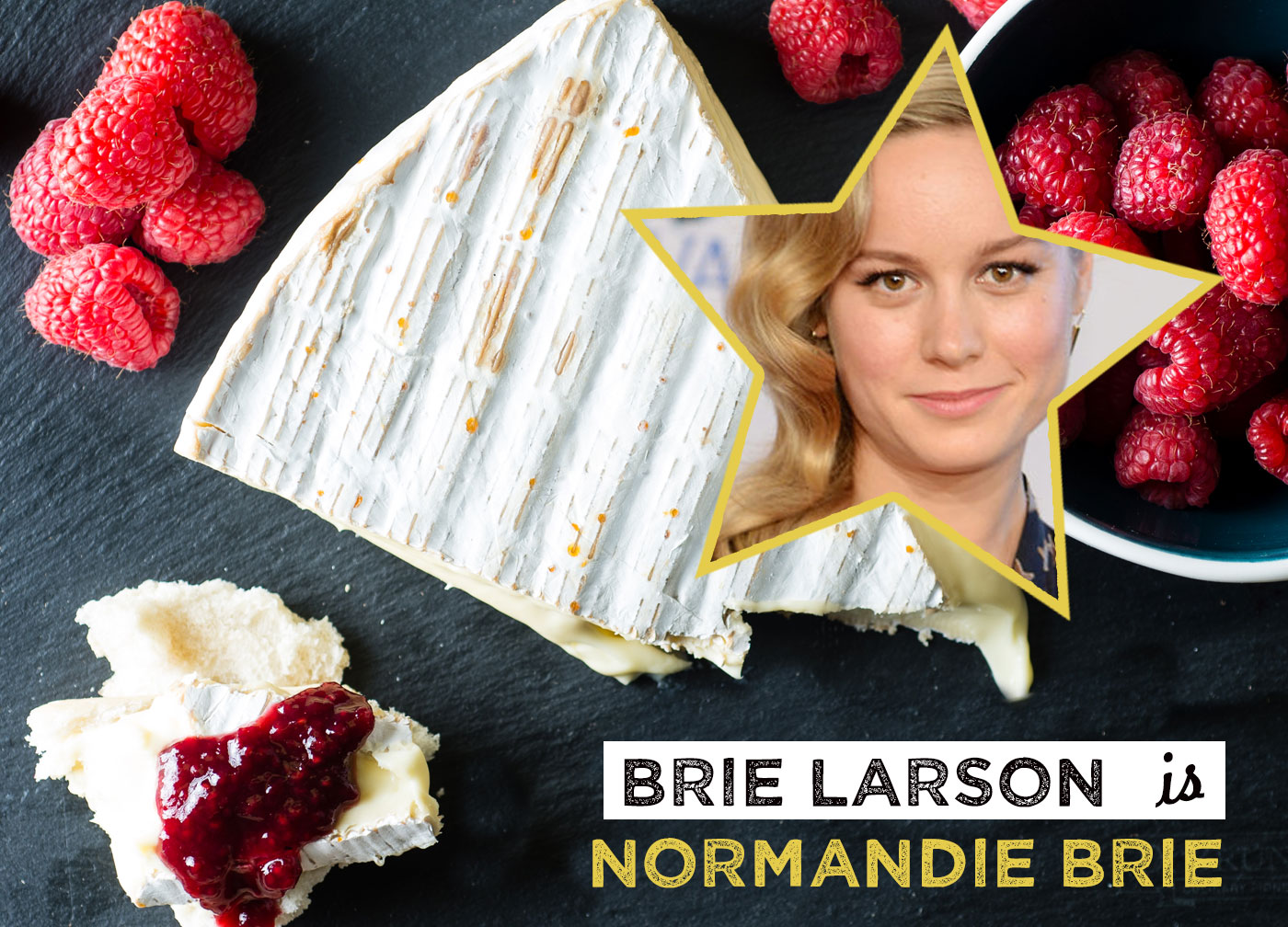 Brie is Brie! You knew this joke was coming, didn’t you? Both actress and cheese are smooth and buttery with a crisp snap!

Who is your pick for Oscar-Cheese glory? Sound off on social media! Tag us at @dibrunobros and #dibrunobros! CLICK HERE to download our extra-special, extra-fun table tent featuring our cheese and actor pairings!

Leonardo DiCaprio should’ve been a cheese that can’t win an award, not Adelegger!