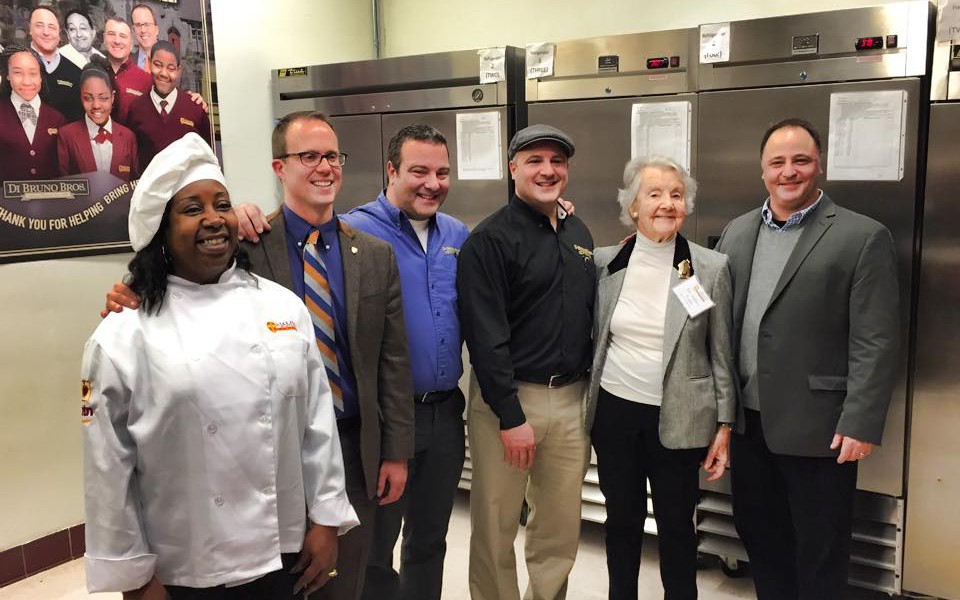 After months of fundraising, construction, and preparation, the Di Bruno Bros. Neighborhood Kitchen at St. James School is finally open! The kitchen serves as a Food Resource Center, providing everything from food and meals to student homes in need, to providing a healthier food-alternative for students, and at the same time, educating the students and community about cooking and eating healthily. 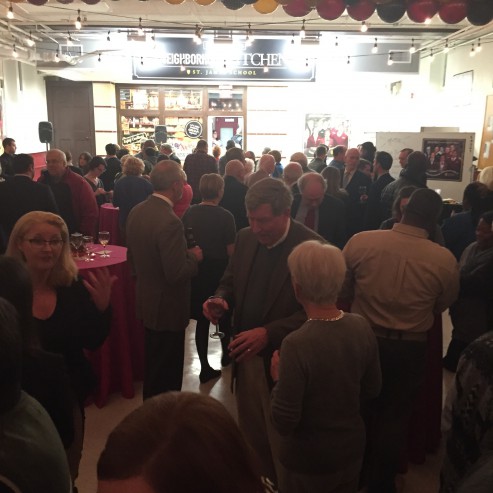 Last Wednesday (February 11th, 2015) was the Grand Opening, and it was truly something special. With string lights hung from the ceiling rafters, tables decorated with red linens, and a balloon drop at-the-ready, the ribbon cutting ceremony started. The night’s dishes were prepared Chef Deborah Anthony of St. James School. Delicious and nutritious turkey sliders, chicken salad wraps, curried couscous, cole slaw, were some of the many meals prepared for the evening, and showcased the food prepared from now on for the St. James School’s community and guests. And it wouldn’t be a Di Bruno party without a spread of cheeses, meats, and fresh vegetables. And to pair, Greg Moore, of the legendary Moore Brothers Wine was there offering many beautiful wines from his impressive collection. There was live music courtesy of Bob Lowery and Chris Callas at the start of the evening., ballroom dancing, and fun for all.

Director of Advancement Angela McCole welcomed Di Bruno Bros. co-owners Bill Mignucci, Jr., Emilio Mignucci, and Bill Mignucci to thank them and present them with a special award for their enthusiasm and resilience while undertaking a project of this magnitude. President Bill Mignucci, Jr., said a few words, and in no time, Head of School David Kasievich handed Bill a giant pair of scissors, and the countdown began. With a single snip, the balloons fell, supporters cheered, and Di Bruno’s officially extended its love through the ever-burgeoning, ever-evolving food community that now lives and breathes Philadelphia.

Di Bruno Bros. wants to thank our staff, customers, and everyone who had a hand in the construction of the St. James School Neighborhood Kitchen!