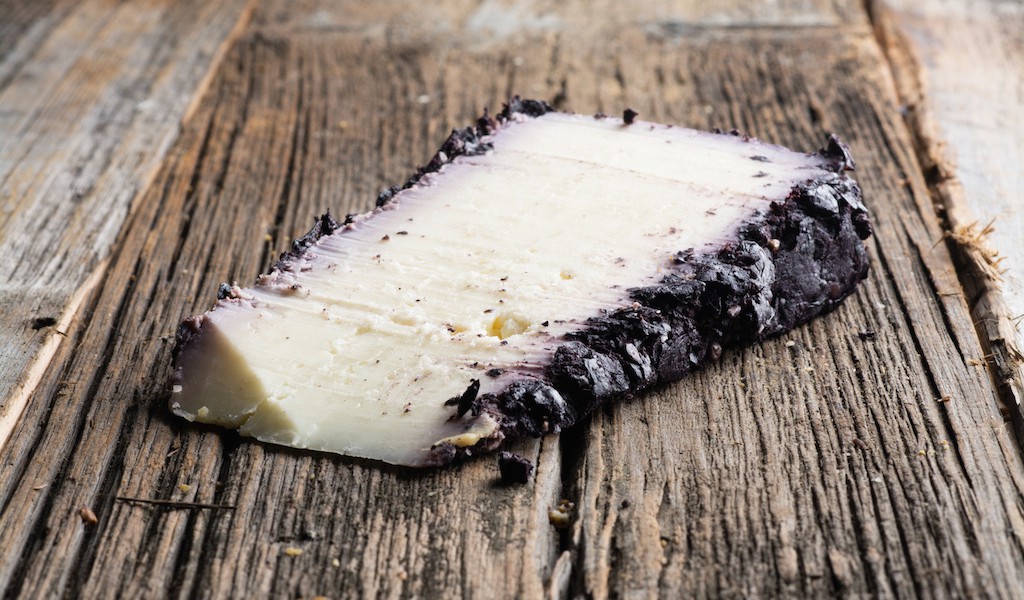 A special producer we’re celebrating this season is Beppino Occelli, a cheese and dairy company from Italy. We carry their fabulous Testun al Barolo year round, but just for the holidays, we’ve brought in three more of their finest cheeses. Occelli’s ‘Reserve’ line incorporates the region’s iconic agricultural goods — such as grappa, pomace, chestnut leaves, and fruit — into the finished wheels. We love how they’ve created innovative, delicious products inspired by local traditions! Over the next few days in our 12 Days of Pairings blog series, we’ll be highlighting each cheese and our ideal accompaniments for them. Stay tuned!

Located in Italy’s Piedmont region, Occelli produces excellent mixed milk cheeses that reflect the region’s agricultural heritage. The cow’s, goat’s, and sheep’s milk are sourced from local farms and the company’s own herd. Depending on the animals’ natural lactation cycle, each batch of cheese might have differing combinations of each milk type in it – characteristic of traditional dairying practices. After the cheeses are made, they’re transported to maturation caves in the mountain town of Valcasotto. In another nod to terroir, the wheels are aged on shelves made from several varieties of local wood!

Made with a mixture of cow’s and goat’s milk, then aged on pine for a minimum of 5-6 months, this is Occelli’s signature ‘Reserve’ cheese. The rind is coated with grape pomace from the Langa, and Barolo wine — the only cheese allowed to use this wine in its name and production. It was even proclaimed “Best Drunk Cheese” by Slow Food experts!

Depending on its age, the crumbly, pale white paste of Testun al Barolo can be drier than that of its other Occelli cousins. We love this cheese paired with the softer textured Finocchiona — a traditional Tuscan salami seasoned with fennel seeds. The sweetness of the cheese’s drunken rind balances out the paste’s slightly bready, sourdough tang, both of which in turn play off the refreshing aroma and cooling mouthfeel of the Finocchiona’s fennel. Try this pairing as a simple (and almost boozy) lunch with a crusty roll and a side salad of bitter greens!

Sample this classic Di Bruno pairing at our Franklin location from 2pm — 6pm on Tuesday December 16.

Share your holiday traditions with us as we continue to share ours with you! Post photos of your favorite family food traditions, tagged with #cheesytraditions, and you’ll be entered to win a $1,000 Di Bruno Bros. shopping spree!