For many people, the most treasured parts of the holiday season are gathering to spend time with loved ones, and celebratory foods. Food tradition is what makes the holidays so special around the world, with different countries and cultures having their own extraordinary snacks reserved just for the holidays. Here are a few indulgences from around the world that we’re bringing into our stores this festive season.

Stollen is a delicious, traditional German fruit cake! It has a dense bread-like texture, studded with sweet dried fruits. This Christmas cake’s origins date back to the 16th century. It started off as a simple, somewhat cakey bread, and through the years was enriched with sweet decadent ingredients such as marzipan. Today in Dresden, Stollenfest is celebrated during Advent, the weeks preceding Christmas, by baking one massive stollen that’s ceremoniously cut and shared among the crowd! Stollen makes a festive dessert or a sweet breakfast cake, eaten with coffee or tea. 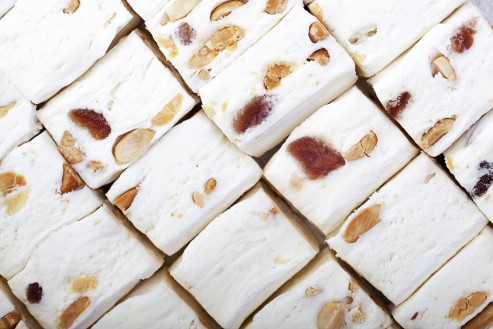 Torrone is a toasted nougat candy baked as one large sheet and cut into individual pieces. Variations of the confection are a holiday staple in Italy, Spain, Brazil and Portugal. They all bear different names, but are rooted in the Latin torrore, to toast. This candy recipe dates back to the 4th century BC—talk about tradition! In Italy, torrone is specifically a Christmas treat and comes in the form of morbido, soft and chewy, to duro, hard and brittle. Torrone also comes in different flavors with additions of hazelnuts, pistachios, or almonds. They make perfect stocking stuffers! 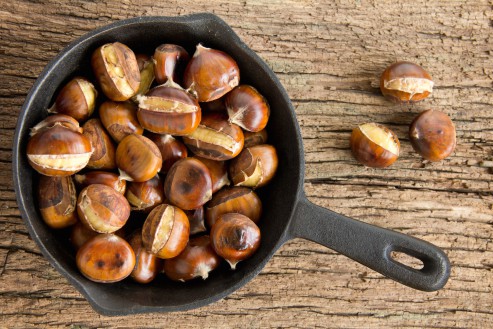 Chestnuts roasting on an open fire… We might be more familiar with these lyrics rather than the actual snack! Although roasted chestnuts aren’t as popular as they used to be, they’re still a tasty and beloved tradition. Roasting chestnuts dates back as early as Roman times, however no one is quite certain when it became associated with the Christmas holiday. Chestnut are not at their best eaten raw — roasting helps reduce the bitter flesh and sweetens the overall flavor. This year, take a tip from Nat King Cole and roast your own chestnuts on an open fire; then pair them with dried figs and clementines!

Another German treat, marzipan is a dense candy made with sugar, honey, and ground almonds. While marzipan can be enjoyed plain or covered in chocolate, it’s mostly molded into whimsical shapes, like fruits or animals, then artfully colored and dusted with sugar. Art for dessert! The city of Lübeck, Germany, is well-known for creating this playful confection as it’s home to the largest marzipan manufacturers in the world. Share the tradition! Marzipan would make a lovely host or hostess gift for your holidays parties this season. 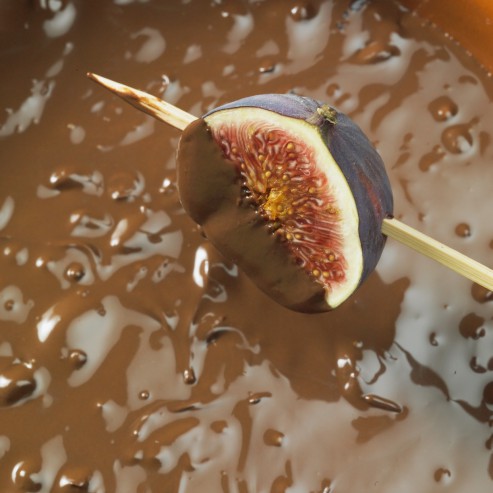 Figs, native to the Middle East and Western Asia, have been enjoyed and cherished as a traditional food and source of nutrition since ancient times. Now grown in many parts of the temperate world, dried figs are especially associated with the holidays — even more so when dipped in chocolate! We can’t recommend these enough as an amped-up accompaniment for a festive cheese plate. 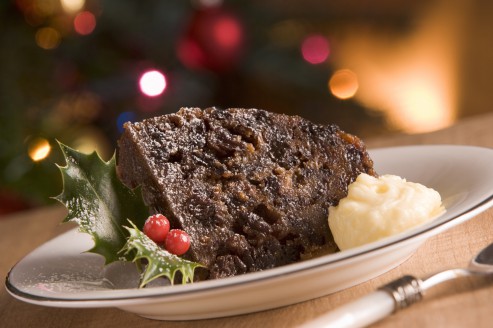 The British Christmas Pudding is a steamed fruit cake originating in the 17th century, and traditionally eaten as dessert after Christmas dinner. While the pudding was being made, everyone in the house would give the mixture a stir and make a wish. For additional luck, a coin, such as a sixpence, was added to the batter, and whomever found the coin in their pudding bowl would be granted a year of good fortune. If wishes and coins aren’t enough, the final cake is doused in liqueur and set aflame right before it’s served, so that you can enjoy it warm and boozy! Crammed with fruit and spices, this dessert tastes like Christmas. 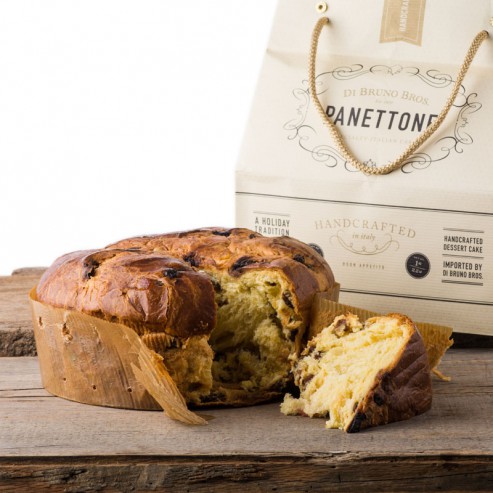 The Panettone is the Italian Christmas cake, similar to the German stollen. Originating in Milan, two competing bakers set out to popularize the bread in 1919. They perfected the recipe as well as their methods. The dough takes days to rise, giving the finished bread its distinctive airy, fluffy texture. Soon panettone was commercialized and made inexpensive enough that everyone could have a lovely panettone for Christmas. Now it’s an international treat and of course, we’re big fans. Check out our Private Collection Panettone, just flown in from Italy! Take a box home this holiday season to discover what the buzz is all about!

Advent Calendars are a beloved treat for youngsters counting down the days until Christmas! Typically these calendars are large shallow boxes featuring twenty four tiny doors — one for each day in December until christmas day — each with a small chocolate or candy hiding inside. Each day the corresponding numbered door is opened and the candy is devoured. These calendars are all about assuaging impatience for Christmas with a daily sweet tidbit, and for exercising willpower by only eating that day’s treat. Good luck! 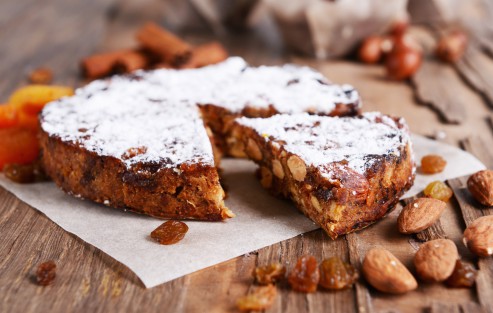 Panforte is the panettone’s denser, bolder cousin. Panforte translates into “strong bread” which refers to its heavy aromatic flavors. Unlike panettone, the panforte is usually iced, sometimes with chocolate or marzipan. The city of Siena holds claim to the birth of this holiday snack. In Tuscany during the 17th century, this cake was made to pay thanks to the monks and nuns of the region at the end of the year. But you don’t have be a monk to enjoy the festive flavors of the panforte. Enjoy a slice with coffee for breakfast or dessert! 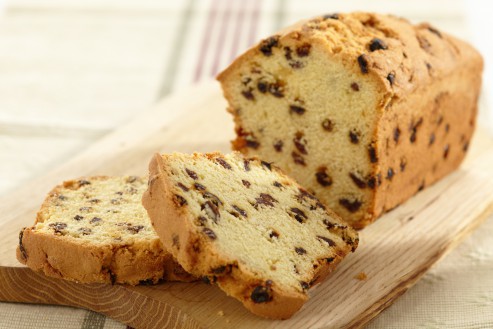 Fruit cake is an American creation and most likely a result of the melting pot of traditional recipes from other countries. It’s vaguely similar to the fruit and spice-infused stollen and panettone, and close to the British Christmas pudding, only baked instead of steamed. You can always spot an American fruit cake by the green and red maraschino cherries protruding from the top. Fruit cakes have been sold commercially in America since 1913. Homemade versions were soaked in brandy or other liqueurs, and covered with a blanket of powdered sugar. Many swear that these cakes improve with age!

Try starting a new food tradition in your family this holiday season with any one of these international treats!