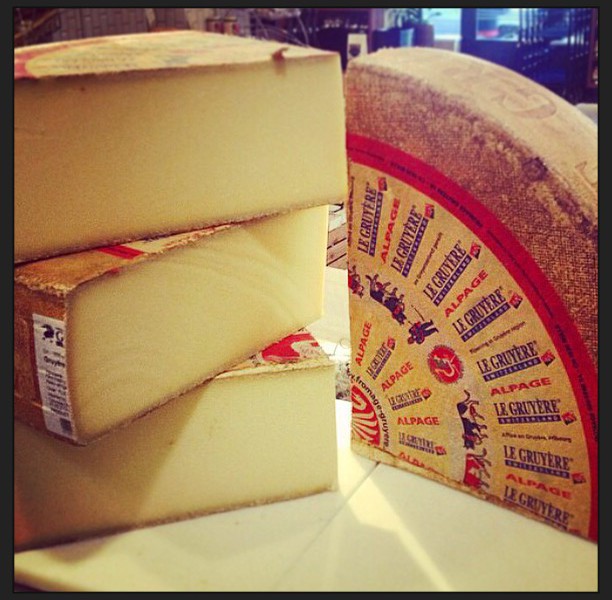 A very special cheese made its way to our cheese counters this fall. Made by the Murith family in the Swiss Alps, it’s called “Gruyere d’Alpage”, and is distinct from the Gruyere we carry all year round. First of all, it’s seasonally available and limited edition – we’re selling 14 of the just 40 wheels that made it into the US this year. But what truly sets this Gruyere apart from the rest of the herd is this:

Unlike the co-op model—in which multiple farmers pool their milk and transport it to a central cheesemaking facility—that comprises the majority of Gruyere production, this Gruyere is made from the milk of a single herd of cows. For five generations, the Murith family—father Jacques, son Alexandre, and mother Eliane—has participated in the centuries-old tradition of Alpine transhumance: a seasonal, migratory grazing practice whereby farmers lead their cows high up into the mountains every summer, in search of the Alpine grasses and wildflowers in those lush meadows, before returning to their farms in the fall.

Starting every year in mid-May, the Muriths and their herd leave their home, and hike up to their first location for the summer, returning five months later in mid-October. The family maintains three chalets at different elevations, spending a month in each chalet on their ascent, and another month each in the lower two as they descend. Each of these chalet locations consist of a milking parlor, a cheese production room, and accommodations for the family. Once the pastures in each location have been grazed through, the Muriths move on to the next chalet, returning once the pasture has regrown.

Emilio Mignucci, our VP of Culinary Pioneering, traveled to Switzerland this past July, and visited with the family for a few days. Here are some of his photos from the trip: 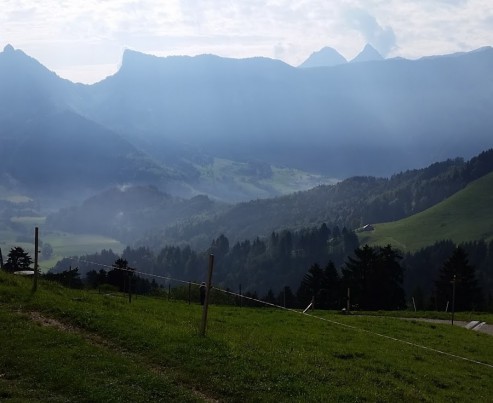 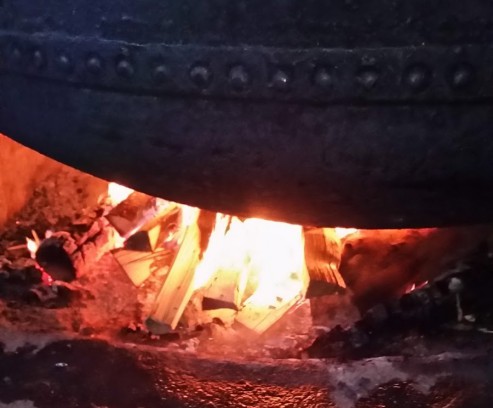 The cows are milked twice a day, and the Muriths, usually father Jacques and son Alexandre, make cheese from that milk in a traditional copper vat. Wood is gathered and dried to fuel the open fire that directly heats the vat. 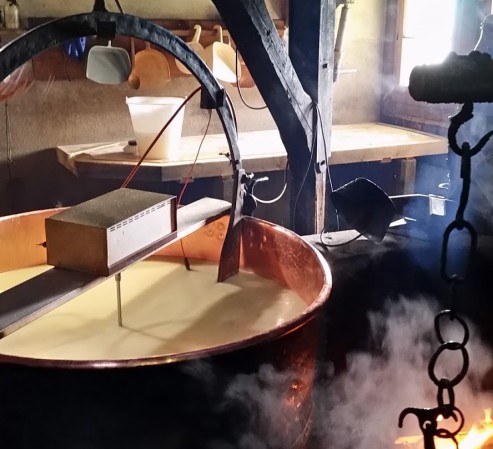 Milk from that morning’s milking is added to the milk from previous evening’s milking, and piped into the vat. To begin the fermentation process, starter is added to the milk. Rather than using freeze-dried commercial starter cultures, the Murith make their own starter from whey saved from the previous day’s cheesemaking. This practice helps preserve the integrity of the final product’s terroir. 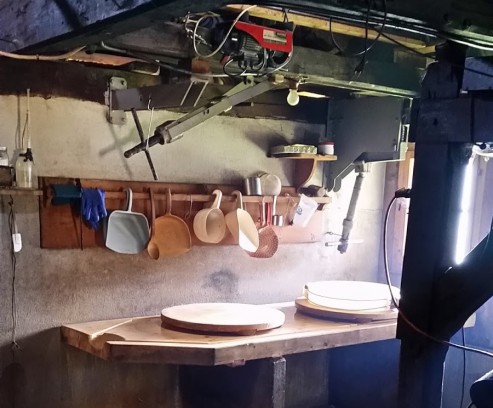 The warm curds are gathered up from the vat in cheesecloth, dropped into wooden molds, and drained on this wooden table. 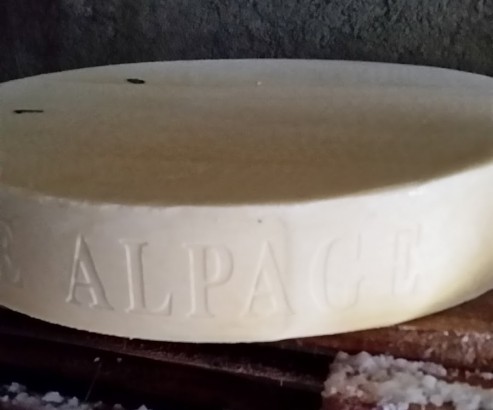 Each vat of milk yields 2 wheels of Gruyere, and a finished wheel weighs between 55-88 lbs. Its side is imprinted with the words “Gruyere Alpage” to denote that it was made by a single farmstead producer. The cheeses are then transported to a central aging facility to ripen for 12 months before being sold.

Gruyere d’Alpage displays an impressive depth of flavor, with dominant savory notes and a sweetish finish. A wheel we’re currently selling, now about 14 months old, tasted like shaved white onions, spicy summer grasses, and a touch of salted molasses. Since cheese is made every day, each wheel is expressive of the grasses at that location, at that point in time.

Come in to our stores and ask for a taste of summertime in the Swiss Alps – our mongers will be only too happy to oblige!