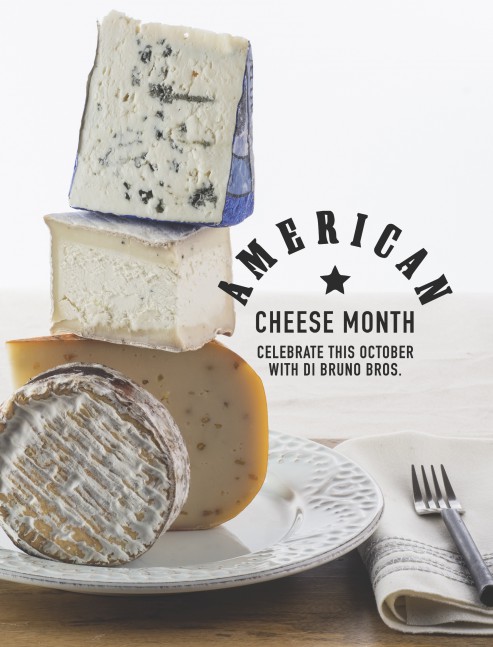 Launched in 1983 by Mary Keehn, Cypress Grove Chèvre began life as a small farmstead creamery with a herd of fifty goats and a local customer base. A single mother of four searching for a good milk source for her family, Keehn acquired her first goats from a neighbor and began making cheese at home as a way to deal with the excess milk.

Today, Cypress Grove sells their cheese all over the country. While they do maintain their own herd of goats, they source most of their milk from local farms. The creamery is located in Arcata, a small town in Humboldt County, California, where majestic redwood forests meet the Pacific Ocean. This stunning location provides much inspiration for the gorgeous cheeses they produce. 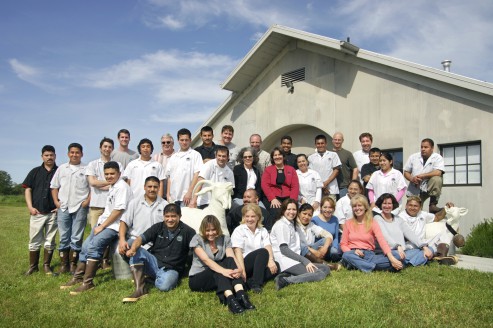 One of the country’s most highly decorated creameries, Cypress Grove cheeses have taken top honours on multiple occasions at everything from the California State Fair and the American Cheese Society to the World Cheese Awards. 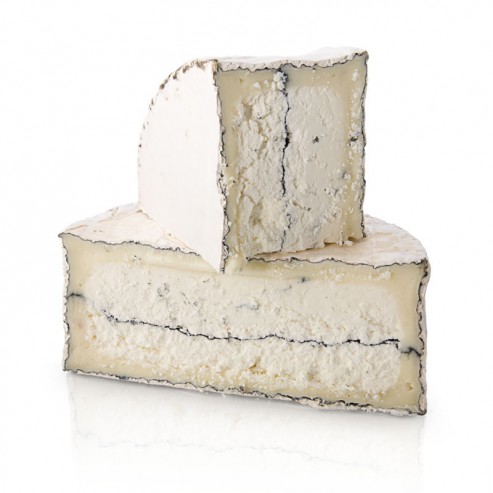 Mary Keehn created this cheese in 1992, after a vision of a cheese with a bloomy white rind and a line of ash in the middle appeared to her in a dream while flying home from an inspirational trip to France. Humboldt Fog has since become one of America’s most recognized and recognizable cheeses. Most recently, it took a 3rd Place award at the 2014 ACS competition – its 13th prize in that competition. Good at any stage of its maturation, Humboldt Fog is bright and lemony when young, while acquiring more depth and runniness near the rind as it continues to age.  Made with microbial rennet, it is suitable for vegetarians. Try it as a simple dessert alongside the Fruit + Nut Press from fellow Californian producer Grace and I. 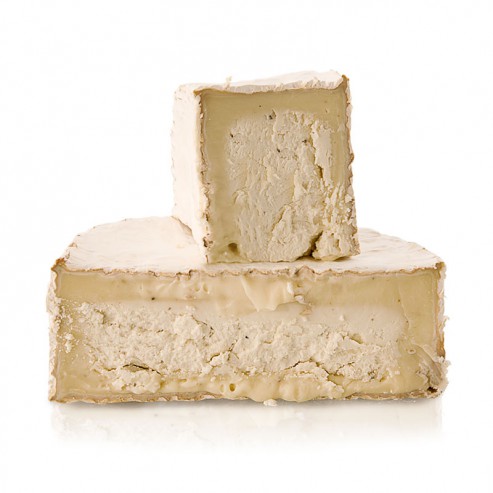 Flecks of grated Italian black summer truffles dot the paste of this dreamily delicious white-moulded goat cheese – enough said! Our cheesemongers will tell you that Truffle Tremor is among the best loved and most requested cheeses by our customers. And the American Cheese Society judges concur – at the competition this year, Truffle Tremor won 1st Place in the Soft-Ripened Flavored Cheese category. As for pairings, stay in theme with a truffled charcuterie option, such as the Creminelli Salume al Tartufo. For a sweeter pairing, Tait Farm’s Apricot Preserve is the perfect complement to the earthy base notes of the truffles.

Emilio Mignucci, our Vice President of Culinary Pioneering, remembers back when we started selling Cypress Grove cheeses in our 9th Street store: “Humboldt Fog was one of the first American artisan cheeses we decided to carry. I read about it in the San Francisco Chronicle’s cheese column. I was really curious and wanted to get it in. Mary Keehn was so worried about how the cheeses would ship all the way over from California—she wanted her products to arrive on the East Coast in the best condition and not get damaged in transit. I got her on the phone and managed to convince her to send them, but I had to promise to call her right away when the shipment got here. And they were great—each wheel was individually packaged in these fantastic boxes made of protective cardboard. It was like a work of art. They still use those boxes today.”

Along with high-quality dairy, Humboldt County is infamous for another agricultural product. Many of Cypress Grove Chevre’s cheese names, such as ‘Humboldt Fog’, ‘Purple Haze’ and ‘PsycheDillic’, playfully reference the area’s hippie leanings.

Humboldt Fog and Truffle Tremor are available at all our locations throughout American Cheese Month. Make sure these pioneering American Originals are a part of your table this October!