The newsies on 9th Street must have all lost their voices by the end of 1939.

“First flights across the Atlantic!” 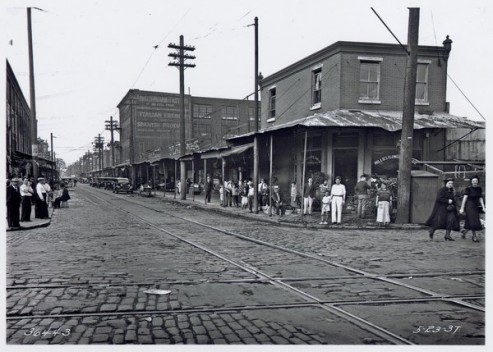 Tapping into that energy, sensing opportunity, two brothers made a splash of their own when they opened up a small grocery store in Philadelphia’s Italian Market.  Seventy five years and a lot of hard work and satisfied customers later, Di Bruno Bros. has become leading culinary pioneers across Philadelphia and the nation. No small feat, 75 years of widespread success now garners its own headline. 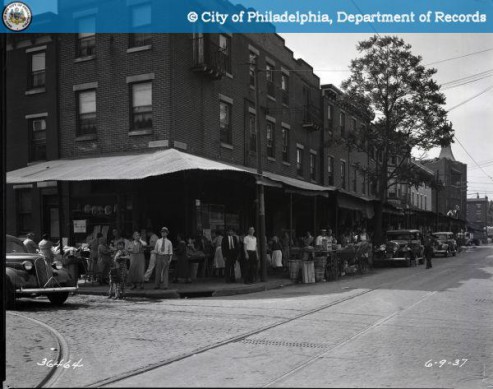 Danny and Joe Di Bruno arrived to the US in the early 1930s with little education and less money; they persevered by taking jobs in the Italian Market—the nation’s oldest continuously operating open-air market.  When a store owner forced them to work on New Year’s Day, they realized that they would never be happy until they became their own bosses.  So they took what little they had, borrowed more, and in 1939 opened up a little shop at 930 S. 9th Street.

With the economy still reeling from the effects of the great depression, the brothers stocked their shelves with bulk amounts of pasta—straight cuts of spaghetti, penne, rigatoni, and fusilli—and large tins of olive oil and pounds of salami.  They even made their own vinegar, mozzarella and had all the everyday products you needed.  A quarter of a decade later, sensing the need to differentiate themselves from the emerging grocery stores, they became the “House of Cheese,” a specialty gourmet shop. 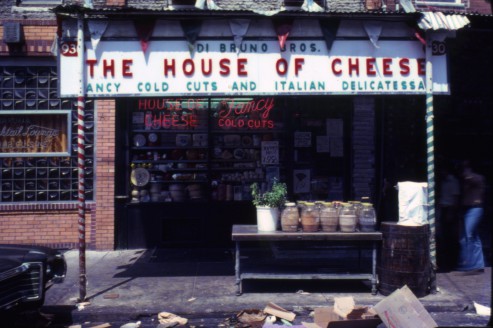 Both brothers worked the counter. Danny emerged as the showman. He was in his element taking care of customers, showing off something delicious, and always making people smile. Joe was a handyman. He was a craftsman, jack-of-all-trades, and the guy who got stuff done, making sure the doors opened and closed every day. Both fostered a level of familiarity with their customers that was second-to-none.

“They became so ingrained in the community that they would eventually receive post cards from customers who went away on vacation,” our current owner and third generation family member Emilio Mignucci remembers of his grandfather and great uncle.  “It was just that kind of place, where neighborhood people would go to hang out and talk.”

And, boy, did they have a lot to talk about that first year.

1939 marked the beginning of televised sporting events, cars with “weather conditioning,” unemployment benefits, social security and rocket test planes (which led the way to space exploration).  The Grapes of Wrath was on book shelves, Glamour Magazine on the newsstands, and Frank Sinatra’s golden voice was first being heard on the radio (the #1 song on the Pop Chart was Beer Barrel Polka.)  An unknown ballplayer, Ted Williams, got his first hit and a dying Lou Gehrig declared himself the luckiest man on the face of the earth.  And while the world feared the spread of evil, Superman AND Batman were now in the comics and on their side. 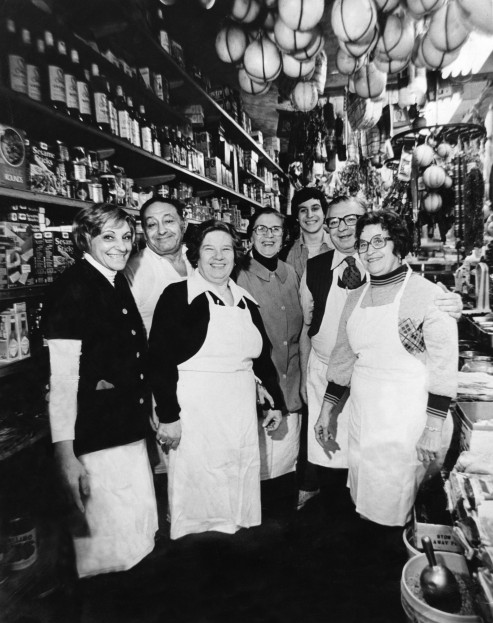 Day after day, headline after headline, Danny and Joe were in the store (though it was closed on Mondays so they could prep for the week ahead).  They learned the needs of their customers, and purchased or made their products accordingly.  When they needed to, they enlisted the help of “the aunts and uncles,” family members who would eventually become faces of the store.

By the end of the year, WWII spread throughout Europe, Gone with the Wind lit up the silver screen, and a little shop on 9th Street experienced its first holiday rush. Overwhelming?  Sure.  But Danny and Joe, the showman and the handyman, harnessed that momentum, and they prospered, offering quality products full of story and integrity to the people of Philadelphia.

For more about the Di Bruno Bros. story and the evolution of the shop, read the piece “A Sample, a Good Story and a Smile: The Evolution of Di Bruno Bros.” and follow along on Twitter and Facebook at #DiBruno75.