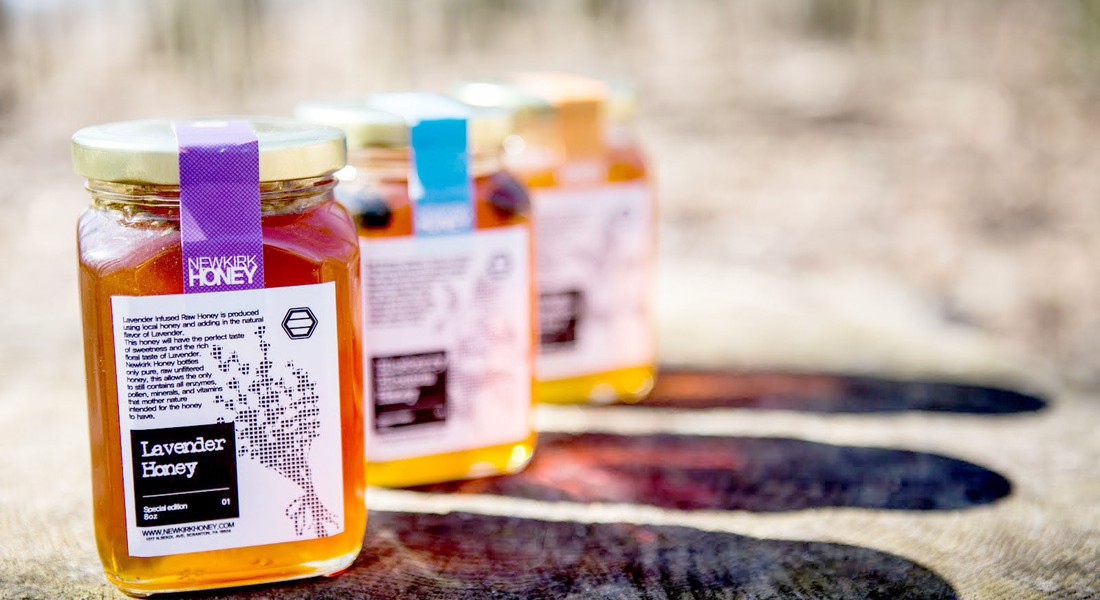 From the earliest warm days of springtime until winter’s frost sets in in November, one hive of honeybees collects nectar and creates honey throughout an entire season. Just as a garden moves from daffodils in April to sunflowers in September, the honey in the hive changes corresponding to the shifting seasons.

Honeys produced at different moments of the year, using the nectar of different plants, have different colors, flavors and textures- the concentrated essence of whatever was blooming at a given moment.

This is, in part, why there’s far more to honey than just stirring into  mug of tea or spooning over a bowl of yogurt.

Here are a few ways to appreciate a rainbow of beautiful, seasonal honeys.

Apis mellifera, what we know today as the modern honeybee, is thought to have originated in Italy, and Rigoni di Asiago’s rainbow of Italian honeys are the perfect way to appreciate the subtle differences in a rainbow of varieties. Acacia honey is pale yellow with a mild flavor, especially compared to heady aromas of mandarin and lime blossom honey from Calabria, or the robust flavor and slight bitter note in amber colored chestnut honey from the hills of north central Italy.

Honey’s sweetness is an ideal foil for the salty funk of countless cheeses as well. One great match to try with it is L’Alevare, a sheep’s milk cheese from Emilia-Romagna in Italy. This pecorino-style cheese is wrapped in cotton and dipped in beeswax, which lends a sweetness to its milky profile that is amplified with Cheese Honey by the Savannah Bee Company, a golden variety selected specifically for pairing because it’s balanced enough to neither get lost alongside nor overpower.

For a more assertively flavored honey, or one infused with a strong flavor like truffle, try a mild cheese.  The earthiness of the rare mushrooms shines through the veil of sweetness and compliments the saltiness of cheese to make a nearly perfect mouthful. We especially like it with Wilde Wide, a grassy gouda style cheese from Holland, or drizzled over fresh ricotta with black pepper, fresh thyme and a little orange zest.

TRY LOCAL HONEY AT ITS FINEST – INFUSED WITH FLOWERS

Like truffle, certain ingredients shine when matched with honey. Newkirk Honey, based locally in Lackawanna County, Pennsylvania, infuses honey with dried fruit and flowers. Their blueberry blossom honey, produced in New Jersey when the blueberries are flowering is then infused with dried blueberries. Orange blossom honey, from Florida, is bottled with a slice of dried orange, and lavender honey gets dried lavender blossoms. The resulting honeys have clear flavor notes, perfect for blending into a salad dressing, basting over chicken on the grill, or drizzling over a cake.

Swing by any Di Bruno Bros. location for plenty of sweet, sweet honey options.  Grab your favorite and head to the cheese counter to have one of our cheesemongers pair your honey of choice with the perfect cheese.