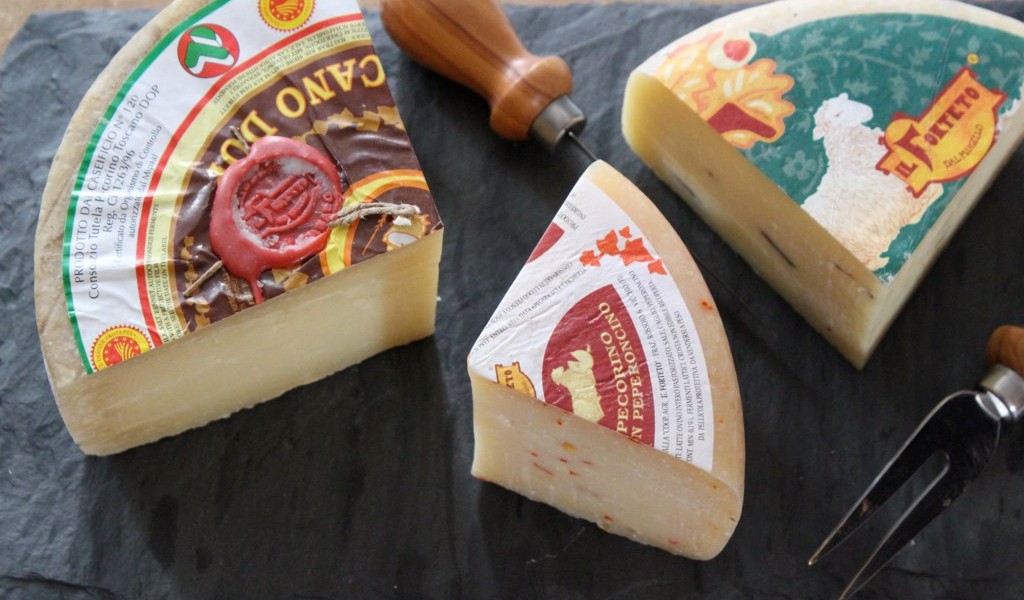 This month, Di Bruno Bros. is introducing a line of Tuscan sheep’s milk cheeses from Il Forteto – an agricultural cooperative near Florence – so I stopped by the store for some samples and spent the weekend languishing with Pecorino at every meal. 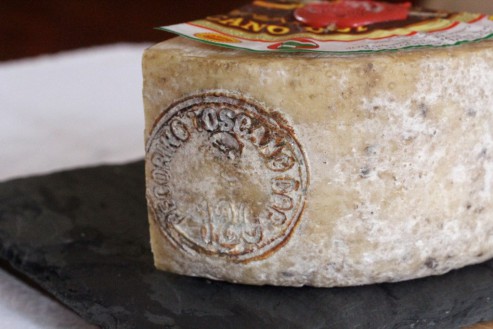 Saturday started with young Pecorino and berries for breakfast, and Sunday ended with spicy Pecorino-stuffed dates at dinner.

If you’re someone who lumps all Pecorini (plural!) together or if you’ve always viewed Pecorino as a grating cheese, read on. In Italy, Pecorino (“little sheep”) varies widely, depending on the region, and these particular Pecorini from Tuscany are especially bright, balanced, and supple.

Or if you like to drink big, saucy reds, you should know a thing or two about sheep’s milk cheeses. They tend to be rustic, fatty-licious, and nuanced – in other words, they can handle lots of personality without getting bulldozered.

Grab a few hunks, pick up some Tuscan olive oil and silky Prosciutto Toscano, and you can spend March and April enjoying the Tuscan sun at your table.

First up, a sweet young thing: at one month, this velvety ewe’s milk cheese tastes like a more luxurious mild Provolone. In Italy, Pecorino Fresco (think “fresh”) is often served for breakfast. 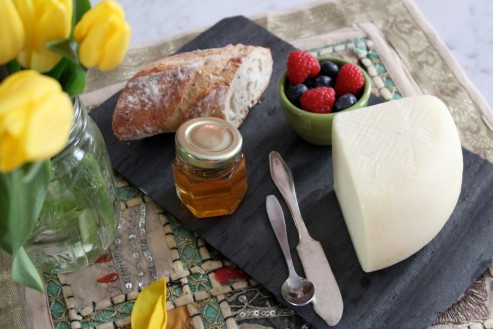 Try it with honey, fresh berries, and a pot of black tea. You’ll see how the richness of the cheese absorbs the tea’s tannins, turning your whole mouth buttery. 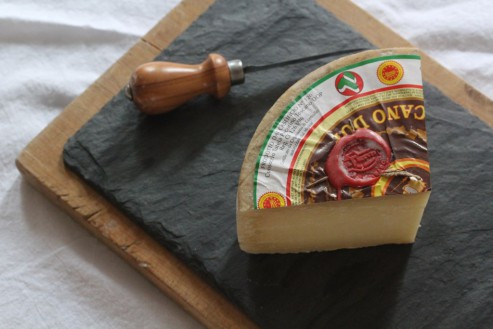 Sweet, nutty, and grassy – this is the Pecorino to serve the neighbors. Try setting out a hunk with a dish of almonds or olives as you enjoy glasses of Chianti or Brunello. 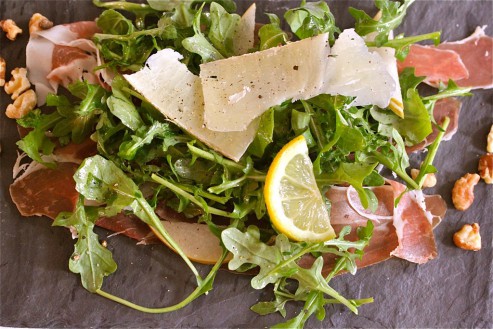 You can also shave it onto an arugula salad that’s been lightly dressed with fresh lemon juice and a splash of Tuscan olive oil. In the morning, pack a hunk in your lunch with dried apricots, walnuts, and rustic bread or a cold quinoa salad. Its mellow vibe soothes. 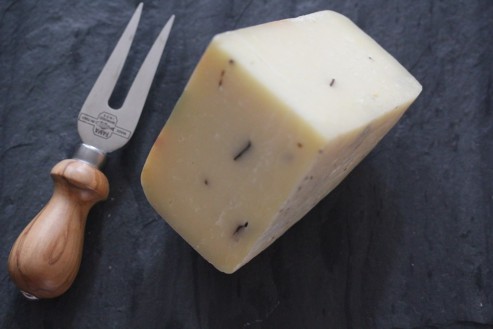 The name sounds like a mouthful, but don’t be intimidated – just ask for “truffled Pecorino.” The shroomy taste is subtle here, underscoring the sweetness and quality of the milk. For a stunning appetizer, serve this cheese with baguette rounds and baked whole garlic. Spread the roasted cloves on the bread, then layer thin slices of Cacio di Bosco al Tartufo on top. It’s an Oscar party in your mouth. 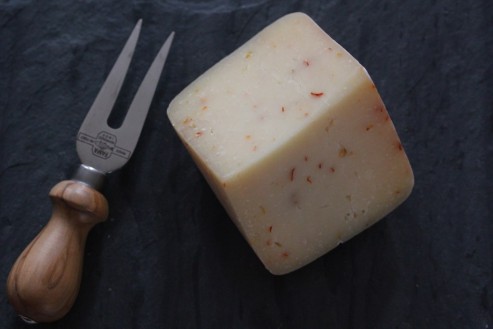 Flecks of spicy red pepper pack heat into the last Pecorino of the pack – if you like Pepperjack, think of this as the more refined version. 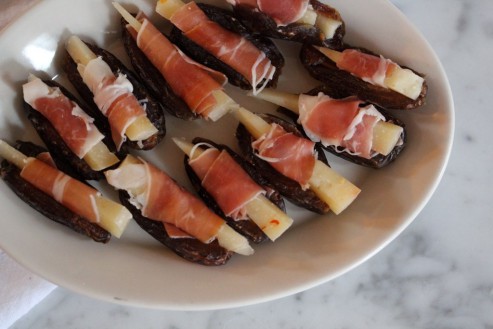 I love playing spicy flavors off salty and sweet, so I wrapped slivers of this cheese in Prosciutto Toscano and tucked them into halved dates. For a dinner party, this quick prep-ahead snack makes a great first bite, or last. 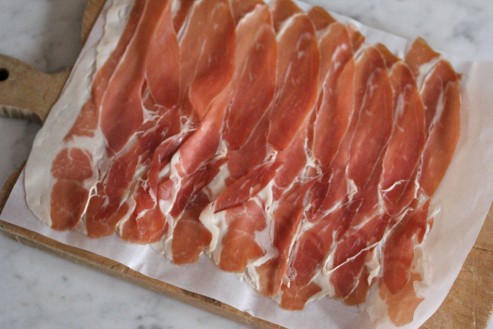 This prosciutto is especially divine – less salty than Prosciutto di Parma, and very silky due to the marbleized fat that appears throughout each cut of meat, not just along the edges.

A Word About Il Forteto 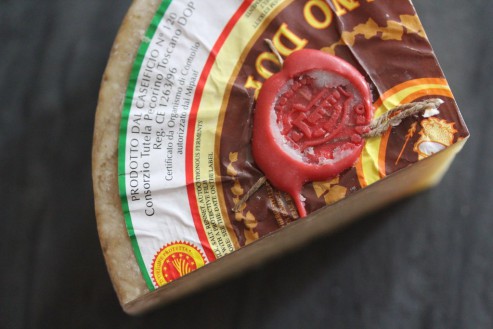 Imagine going on a college study tour to Tuscany and never leaving – that’s almost the story behind Il Forteto, which was founded in 1977 by a group of sixteen students and their professors. Today, Il Forteto is a highly regarded cooperative that preserves traditional methods of making Pecorino and trains locals from the community to work in their cheese caves.

For more cheese everything, please visit the blog of Madame Fromage.

Cannot wait to try the stuffed dates….my type of food and the arugula salad looks very tempting. Thanks.