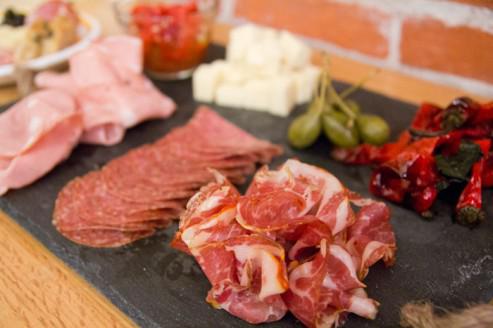 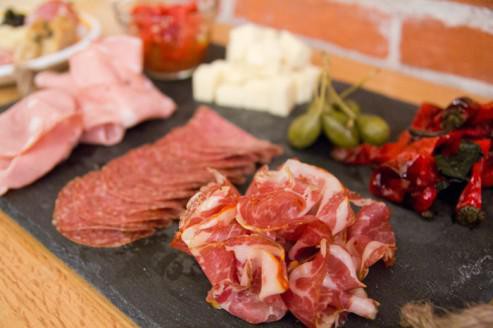 The Muffuletta Charcuterie and Antipasto Plate

While The Muffuletta sandwich originated in New Orlean’s French Quarter, it is actually rooted in Sicilian tradition. It all started at Central Grocery, an Italian specialty shop we’re more than fond of. Legend has it Sicilian farmers would hang at Central for lunch and order a little bit of everything to eat separately –including salamis, various hams, cheeses, olive salad, roll, etc.

After watching the men haphazardly try to balance their meal on their laps day after day, the shop owner suggested just throwing everything on a sandwich.

And thus, the Muffuletta Sandwich was born. 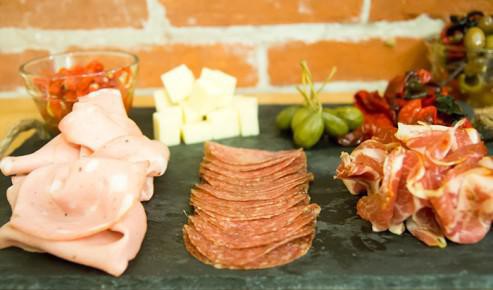 We’re balancing out the old school Muffuletta vibes with some of our new favorites including an aromatic Black Truffle Mortadella. Pick and choose your meats and cheeses – just make sure you have a salami, ham, mortadella and some provolone. 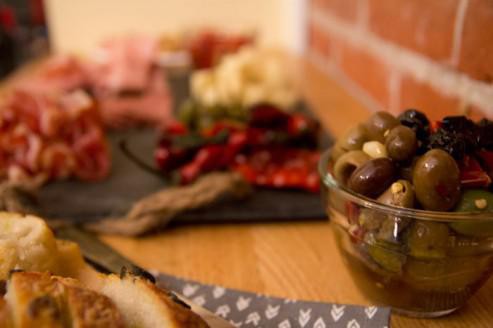 Customize your Muffuletta board with everything from olive salads, to pickled peppers, to roasted peppers and capers. There’s no right or wrong when it comes to this carnival of antipasto.

Serve your spread up and let everyone dig in. Then have some fun pronouncing Muffuletta like a pro – Central Grocery sticks with “moo-foo-LET-ta,” a pronunciation vetted by our own Emilio Mignucci.