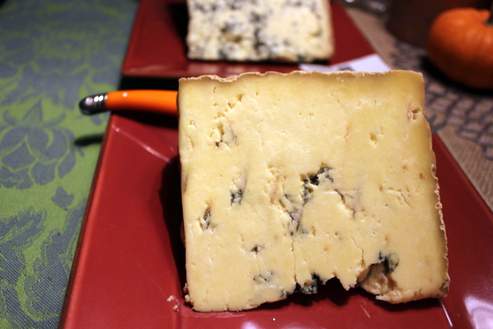 I am compelled to begin this post with an apology.  To all the customers who have sought my Stilton pairing advice in the past: I am sorry that I steered so many of you directly to Port Wine.  Don’t get me wrong, Port and Stilton is a classic pairing and certainly works, but lately I have been thinking that this old standby might be in need of an upgrade.

A few years ago, we posted a YouTube Video rhapsodizing on the greatness that is Colston Bassett Stilton paired with Russian Imperial Stout:

And while I generally prefer beer with cheese instead of wine, I was seeking a consensus.

So I grabbed a few friends, a wedge of Stilton and a chunk of Stichelton (the raw milk Stilton), and five bottles for experimentation. 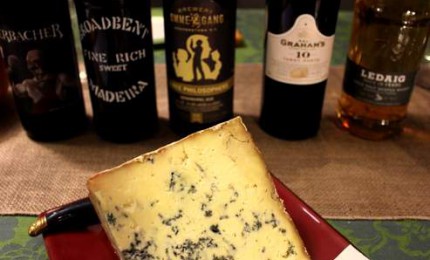 We tasted Weyerbacher Tiny, Ommegang Three Philosophers, Broadbent 5-Year Madeira, Grahams 10-Year Tawny Port and Ledaig 10-Year Single Malt Scotch, tried them each with the Stilton and Stichelton, ranked them on a scale of 1-5, and discussed our findings.

We began by tasting the cheeses individually, and found the Stichelton to be surprisingly Cheddary in texture.  Not as much bluing as the Stilton, with undertones of caramelized onions, beef broth and green bell peppers.  The Colston Bassett Stilton was everything we expected it to be: fresh grasses, butter, cream, dark chocolate finish, balanced with a forward-yet-palatable sea salt presence.  While we unanimously agreed that they were both excellent, CB Stilton took the opening round by a score of 4-2.

First up was the Weyerbacher Tiny, an ironically named Imperial Stout coming it at nearly 12% abv.

Despite its alcoholic prowess, this is an incredibly smooth beer, big in chocolate and roasted malt flavors, but balanced nicely a Belgian Abbey yeast strain.  I expected this pairing to be the favorite of the night, and it did not disappoint.  It balanced perfectly with the Stilton, its sweet and malty nature contrasting with the salt in the cheese, while the chocolaty notes of both beer and cheese were heartwarmingly harmonious.  It did not work quite as well against the vegetal, bitter flavors of the Stichelton, but was at the very least enjoyable.  Stilton won this round, with an average rating of 4.16 compared to 3.00.

Round 2 offered Broadbent’s 5-Year Madeira, a full-bodied, oak-aged dessert wine with hints of hazelnut and great play between sweetness and acidity.

The jury was split here.  I felt that the viscosity of the wine negated all of the sweetness in the Stilton, leaving a residual saltiness on the tongue.  Those of us that preferred the Stichelton all cited the near-perfect balance.  However, others were taken by the “boozy butterscotch” flavors that resulted when paired with the Stilton, and found the pairing with the Stichelton to be too bitter.    While the preferred pairing was split, 3-3, the average scores favored 3.5-3.

This Quad is a blend of Belgian Dark ale with Liefman’s Kriek, and is not shy at 9.7%.  Like Tiny, it is big on roasted malts, but is sweeter, with molasses, brown sugar, raisins and chocolate all drawing mention from the tasting panel.  Again, the panel was split on this one.  Some found the Stilton to offer tantalizing woodsy/piney notes when paired with this beer, while others pointed to the Cheddar-like texture of Stichelton against the drier mouthfeel of the beer creating happiness on the palate.  A close battle here, with Stilton edging out Stichelton 3.66-3.33.

On to what time and tradition would tell us is the best pairing with Stilton: Grahams Tawny Port.

A blend of younger and older wines, this is everything you expect from a Tawny, with a nutty bouquet and soft finish. As with the Tiny, the panel unanimously favored the Stilton here.  Most referenced the salt-sweet contrast between Colston Bassett and the Port, and it was agreed that the bitterness in Stichelton just did not work.  The classic stands the test of time: 4.16-3.

For kicks, we went outside the box and paired a Single Malt Scotch in round 5.

From the Tobermory distillery, this Scotch is light on the peat with tones of smoke, walnuts, pine, dried fruits and a touch of black pepper.  Open-minded Scott Case said that this, paired with Stichelton, evoked images of a smoky, distant campfire, and gave it a 3.  Everyone else felt that the alcohol was just too much, dominating the palate and seemingly resisting interplay with the cheeses.  The generous in our group gave it a 2, and Stichelton won a meaningless battle, 1.83-1.66.

(It should be noted, however, that afterwards, I tried the Stilton with Lagavulin Distiller’s Reserve, which, as our 9th Street manager Rocco once said, tastes like liquid bacon.  This, paired with the Stilton, was like a bacon and blue cheese burger, and was much more interesting a pairing.) 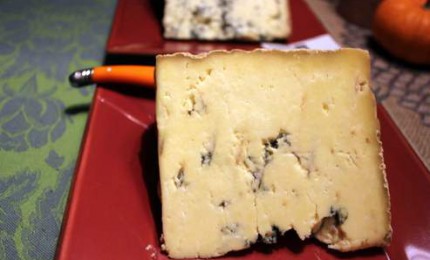 Some interesting results from this tasting.

While Port and Tiny tied for the highest average score, each with the CB Stilton, when asked to rank the pairings from 1 to 5, five of the six of us selected the Three Philosophers (three of us preferring it with Stichelton).  The one outlier listed the Madeira as their favorite.

More surprising is that there was a tie for second between Madeira and Tiny.  This means that, even though Port tied for the highest average, it was only the fourth most-liked pairing of the night.

The rationale behind this?

I have two theories.

1)      The pairings with lower averages but more “favorites” were polarizing.  The Ommegang, for instance, only scored a combined average score of 3.5.  But four of the six panel members gave it a 5 with either the Stilton or Stichelton, which means its average was dragged down by those drastically opposed to it.

2)      Port is classic, but it is played out.  It is easy to say that it is delicious, because it is, but the members of our panel were anxious for something different, something off the beaten path, something more intriguing.  They found it in Weyerbacher Tiny, particularly when paired with the Stilton.

So, let the debate begin.  Are you a proud traditionalist or a trailblazer?  Will it always be Stilton and Port, or might you find space in your heart for Stichelton and Three Philosophers?

We would love to hear from you in the comments below!