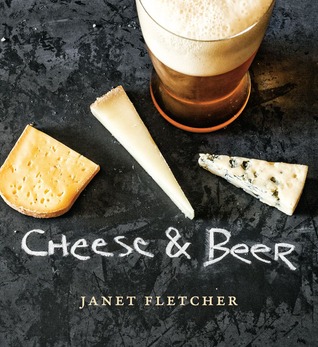 May 31st kicks off 2013 Philly Beer Week, and boy are we excited! We have lots of events in store showcasing some of the best of our cheese selections to pair with craft and local beers. We’ve partnered with restaurants, breweries and food writers to offer a wide variety of events – from educational clases, to sampling events to thoughtful paired dinners and even an exclusive After Hours event at 9th Street on June 6th!

Check out the Philly Beer Week site for full details and the links below to purchase tickets. Space is limited for some special events, so act fast!

Kick off Philly Beer Week at Village Belle on Friday, May 31st with a night of Beer & Cheese flights. They’ll welcome back head our Cheesemonger Emilio Mignucci, as they continue their “behind Belle’s bar” series Philly Beer Week-Style. Emilio will be pairing cheeses from around the world with 5 beers on tap, sharing his love of cheese and dropping bits of knowledge on us all. In addition he will be signing copies of our NEW BOOK: Di Bruno Bros. House of Cheese: A Guide to Wedges, Recipes and Pairings.

View their dinner menu here: http://www.thevillagebelle.com  and to make a reservation, call Village Belle directly at 215.551.2200.

Join us at our Rittenhouse Square Store to sample some delicious home-brewed Dubbel courtesy of Monger Malachy and Brooklyn Brew Shop’s Home Brewing Kit. Taste some of our favorite cheeses while you’re here!

We are pairing up some tasty gourmet cheeses with some exceptional beers at Pinocchio’s in Media. Four courses plus an opening beer and dessert will round out this not-to-be-missed Beer Week Event. Tickets are $40 per person. Sign up by calling 610-566-7767 or emailing info@pinbeer.com

Brauhaus Schmitz will be hosting Hunter Fike, Monger Extraordinaire, from Di Bruno Bros. We will be pairing 4 imported cheeses from Germany, Switzerland and the Netherlands with some of Brauhaus Schmitz finest and rarest beers.  And do we dare? Yes, we are pairing a cheese with schnapps! This is a non-ticketed event, supplies are limited so reservations are highly recommended!

Join us at Di Bruno Bros. Rittenhouse for a Beer and Cheese tasting with Round Guys Brewing Company.  Cheese pairings will be provided by Mongers Sean and Rich.  Purchase tickets on TicketLeap or in our Store. $10 gets you beer, cheese and proceeds benefit the Daphne Zepos Teaching Award: http://daphnezeposteachingaward.org/

Join us in our Upstairs Cafe at Rittenhouse for a very special Cheese & Beer Event at our Rittenhouse Square store as we welcome legendary food writer Janet Fletcher and our own Tenaya Darlington, aka Madame Fromage, who will be sharing knowledge on pairing beer and cheese. Several local Brewers featured in Ms. Fletcher’s book will be on hand sampling their delicious beers and our Mongers pair the perfect cheeses. Copies of both books will be available for purchase and for personalized signings by the authors. Monger Hunter Fike and VP of Culinary Pioneering and Owner Emilio Mignucci will be on hand to talk cheese and beer and signings, as well.

For more info on the books:

Wells and Young’s Weyerbacher and Stoudt’s will pour firkins of their ales, Belhaven Black will give celebrate the release of their new Scottish stout.

Our famous After Hours event at our original Italian Market store takes on a special twist in honor of Philly Beer Week!

Local breweries will be on hand to help talk beer while everyone samples lots of great cheese pairings and dishes, as well as some favorite aspects from our usual After Hours events: Olive Oil and Gourmet Salt tasting, Pickles, Olives and so much more.

Attendees will receive a copy of BOTH BOOKS and will have an opportunity to have both signed by the authors that night. All for $100 per person. You won’t want to miss this exclusive event! Space is limited, so purchase your tickets now!

For more info on the books:

In the spring of 2008, Spruce Street Espresso opened on 11th & Spruce, sparking a coffee revival that continues in Philadelphia to this day. A year later, Ultimo opened in South Philly, followed by Bodhi in Headhouse Square, Shot Tower in Bella Vista, and Elixr in Center City.

Other scenes have seen similar revivals. Many now consider Philly the best beer-drinking city in America. Brew, a boutique bottle shop, joined the ranks of craft beer trailblazers when it opened up as part of Ultimo in 2010. Di Bruno Bros., famed culinary pioneer, cemented its place at the vanguard of the cheese scene with the publication of House of Cheese, a collaboration with internet darling Madame Fromage.

The revivals in coffee, cheese, and beer have swept through our city’s neighborhoods, fueled by enterprising businesses and their loyal customers.

Now, these luminaries come together to bring their stories to light in a night of delectable pairings —colliding culinary forces that marry virtue, decadence, and vice. Come savor the tastes our city has to offer. #PHLCOFFEE Friday, June 7 | 7-10 pmHyLo Boutiques | 242 N. 3rd St.

Stop by our Rittenhouse Store on Sunday, June 9th and get a first taste of the newest collaboration with Victory Brewing Company and Doe Run Dairy: Bathed in Victory.

The evening will consist of pinning local cheese paired with Victory beers against other cheeses from around the world. You can be the judge on which you think is the best. For the finale, our house Affineur, Rich Morillo, and local Doe Run Cheesemaker Kristian Holbrook will unveil a special cheese that has been aged and washed in Victory Beer. Bill and the Victory team will be on hand to sample their delicious beers and talk with the crowd.

Join us for this very special event highlighting the best of local PA Cheese and Beer! $10 per person.