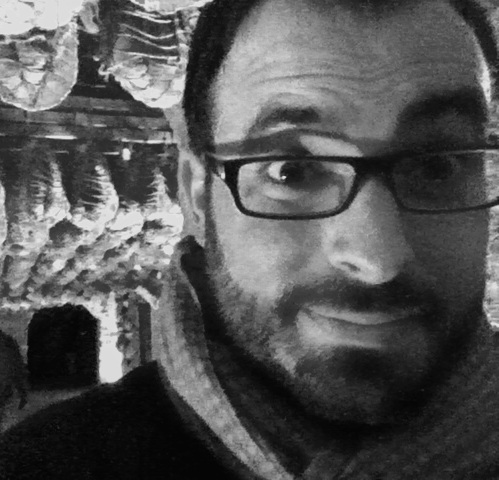 A few months ago, we sent our Imports & Exports Procurement Manager, Scott Case, on an Italian trade mission to Italy. Along with representatives from several other specialty retailers from around the USA, he scoured local markets and shops for new products and visited with several producers of authentic Italian specialty products. This effort was to bolster trade with Italy and to ensure that the word is getting out about the great work these small, artisan producers are doing.
We’re thrilled to share with you all his adventures in Italy and some of the wonderful products he found while abroad. With any luck, some of these might be hitting our shelves and site in the coming months!

I arrived in Milan Sunday at 7:30 am. First stop in the airport – the bar. In Italy, “the bar” is a little misleading – it’s basically the same as a coffee shop (tip to future travelers – ordering from and standing at the bar is much less expensive than sitting at a table and paying the coperto or cover charge for the seat). Italian cappuccino and marmalade-filled croissant – there is nothing better to start the day, especially after a long flight. We collected the rest of the delegates arriving – two gentlemen from San Antonio and one from Wisconsin – then sped off to the center of Milan.

After checking into the hotel, it was time to explore the city. Lucky for me, Gabe, an old buddy from high school, chose to make Milan his home after college. We hadn’t seen each other in 10 years, but it felt like old times again. It was so nice to reconnect and to see him on his home turf and to understand the city through his eyes. After a quick cultural tour – here’s the Duomo, there’s La Scala – Gabe quickly understood what I was really there for. “Let’s eat!” he said.

Rather than stay in the city center, he suggested we take the Metro out to the Kuminda – the festival of “Food Rights.” The best way I could describe the event would be to compare it to our Fair Food farmstand – the Kuminda is a group of volunteers united in the cause of protecting local, endangered species of fruits and vegetables. Their restaurant is situated on a reclaimed urban farm, one that Gabe said had been abandoned since the ’50s. Apparently, the area immediately outside of the center of Milan had once been mostly agrarian – only after the war did people start converting the land to urban housing to accommodate the boom in population growth.

To me, the Kuminda was Italy at its best – people crowding around an overwhelmed counter-person, who calmly assembled orders and accommodated last minute requests from people completely oblivious to the crowd behind them (“Oh, you wanted that bread for a family of 12 toasted? No problem!”),  while the rest of us clamored for food that was certain to be delicious. And let me tell you, it did not disappoint. Gabe and I were joined by a new friend, the delegate from Wisconsin, Mark. We split an egg and zucchini torta, eggplant flan, a scarmorza, arugula and tomato panino on amazingly crusty and flavorful bread, some Parmigiano and olives and a roasted broccoli and almond sliver salad. Simple ingredients, simply prepared.

We sat in the courtyard, the overcast sky slightly breaking, as if to allow us a few minutes to eat serenely. We toasted to reunions, we toasted to being in Milan and finally we toasted to the people of the Kuminda. It’s nice to know that there are people everywhere fighting to maintain food traditions, keeping the simple things from being corrupted and celebrating community through food. It all seemed so unique to Milan and so familiar at the same time.

After that fantastic lunch, Mark and I were ready to explore again. Gabe suggested a couple of food halls, la Rinascente and Eat’s. Both markets offer high-end, regional Italian foods (La Rinascente, for those not familiar, actually is a very fashionable department store that also happens to have some excellent restaurants to go along with their grocery items.)

One of the things I’m excited to be looking for on this trip is mostarda, whether it be the traditional Mostarda di Cremona, or the less traditional-but equally exciting single-fruit mostardas, like this citron mostarda.  For those unfamiliar, mostarda is basically a sweet and spicy condiment traditional paired with boiled meats (mostarda and mortadella makes a pretty mean sandwich). The single fruit mostardasare also really nice paired with cheeses.I was blown away by the offering at both locations.

Eat’s is a new concept and a little slicker than Rinascente (which is really saying something). That said, they had the best cheese selection I’ve seen in Italy, including lots of non-Italian cheeses (my suggestion that they stock cheeses from the States may have fallen on deaf ears though.)  I did see some interesting products there as well, including a Prosciutto di Calabria, coated on the sides with paprika, giving the prosciutto a slightly smoky flavor.

All in all, Day 1 in Milan was an exceptional experience.