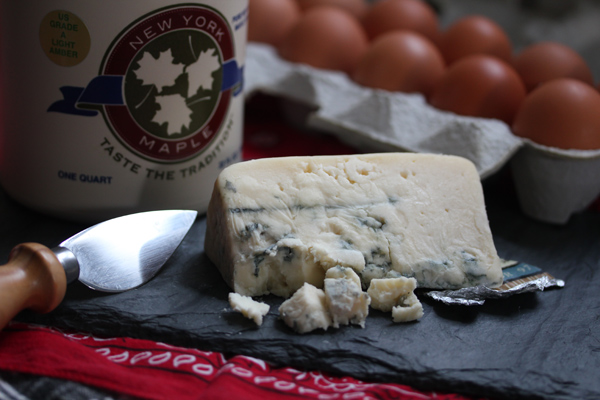 Ask any cheesemonger for a sample of the best smoked cheese on the market, and you’ll probably find yourself biting into a blue. Rogue River Smokey Blue, from Oregon state, is cold-smoked over hazelnut shells. This cheese tastes so much like sweet, smoky bacon that you can eat it for breakfast.

If you’re a vegetarian or you keep company with non-carnivores, Rogue River Smokey is a great alternative to fakin’ bacon or Soysage. You get the nostalgic scent of campfire, alongside the meaty sharpness of a well-aged raw milk blue.

Few smoked cheeses exhibit such balance. This is why many cheesemongers steer clear of Gouda doused in Liquid Smoke. Chemical additives aren’t very subtle, and most overpower the taste of actual milk.

When judges taste smoked cheeses, they look for nuance. Is the taste of dairy still present? Does the smoky flavor underscore the milk? If the answer is yes, this is the sign of a well-made smoked cheese. A flavoring should always be an accent, never a focal point.

Rogue River Smokey also has the distinction of being among the first blue cheeses made on the West Coast. It’s produced at Rogue Creamery, which was established during the Depression. When the war broke out in the 1940s, founder Thomas Vella bought milk from the wives of servicemen and shipped millions of pounds of cheese to troops overseas.

The company began producing blue cheese in the 1950s, after Thomas Vella traveled to France and was inducted into a secret society of Roquefort makers. Today, Rogue Creamery produces over a dozen kinds of blue. Rogue River Blue—the company’s signature cheese wrapped in grape leaves—received this year’s coveted “Best in Show” trophy at the American Cheese Society Awards.

Try serving Rogue River Smokey alongside whiskey, stout, or smoked beer. It’s also delicious crumbled over a steak or burger, but the real epiphany comes at breakfast when you serve the leftovers in place of sausage links.

[…] Smoke, a chemical additive. For the 411 on why Rogue River Smokey Blue stands out, please check out my column. Full disclosure: I am a freelancer for Di Bruno Bros. Twice a month, I select a cheese and […]

I just tried a smoked bleu cheese for the first time– Mind. Blown. Sooo delicious, and the perfect combination of two of my favorite things!