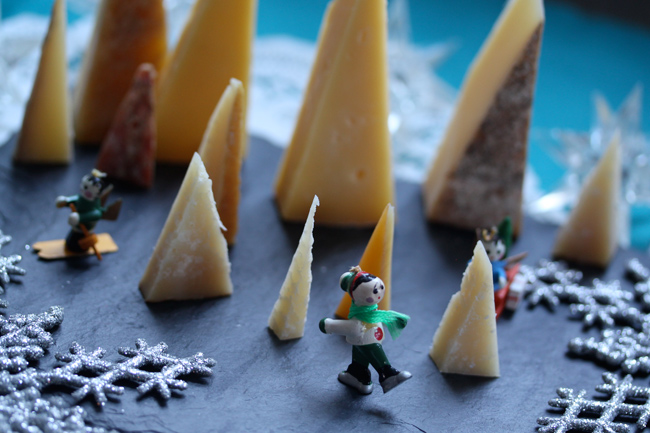 Around the holidays, putting out a cheese or two in the evenings is a festive way to unwind. Here are twelve pairings to share with (or without) your true love. Combine five or six of these to create a party board. Or, count down the holiday with one pairing each night.

Have a merry, dairy season, everyone!

Day 1: Pears and Stilton
Instead of a partidge in a pear tree.

Day 2: Chutney and Tarentaise
Instead of turtle doves.

Day 6: Honey and Grand-Old-Man Pecorino
Instead of geese-a-laying.

Day 8: New potatoes and melted Reading Raclette
Instead of maids-a-milking.

Day 9: Chestnuts and Prima Donna
Instead of ladies dancing.

Day 11: Pistachios and Pantaleo
Instead of pipers piping.

Day 12: Scotch and Fourme D’ambert
Instead of drummers drumming.

And what about Roquefort???