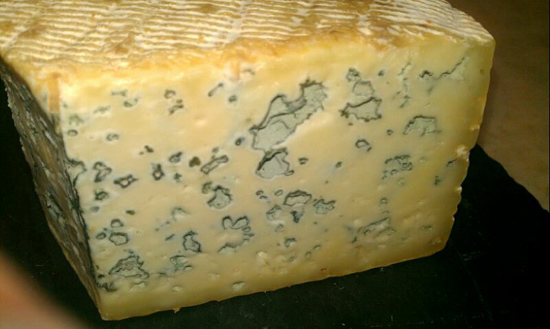 So it’s that time of year again, That special time where the leaves turn orange, and yellow, the nights come sooner than usual and the weather turns brisk and chilly. While others argue that fall means the end of tanning on the beach, shorts and outdoor activities, I see fall as a perfect excuse to cuddle up with a loved one under a blanket and enjoy those wonderful beers that the heat of summer may not have allowed.

As anyone who knows me will tell you, I love beer and cheese as a pairing, more so than wines, Now that’s not to say that I don’t respect wine. It’s just that beer excites me because it’s like chemistry that you can drink, Everything and anything can go into a beer and make it exciting and new. And I’m a sucker for a good history behind something.

So with that being said I went with a friend of mine to my favorite beer store (Food and Friends on 20th and Spruce street in Center City Philadelphia) and picked up one of my favorite go-to Beers: Samuel Smith’s Oatmeal Stout. First let me give you a little history on this brewery.

It was founded in 1758 by John Smith under the name John Smith’s Brewery before handing it down to his son Samuel Smith in 1847, who then changed the name to…well…his own. It’s currently the oldest brewery in Yorkshire.

In keeping with the strong sense of history and tradition, the brewery keeps a small team of dapple-grey Shire horses on premises. Now these aren’t just for show, these horses are among the last active dray horses in the world. They deliver beer around the town of Tadcaster five days a week.

The Oatmeal Stout itself is EXACTLY what I want in a beer for the fall season, it’s dark enough to block out any light, but don’t let that scare you off, it’s quite the easy drink. It’s aroma reminds me of warm coffee beans, dark fruits and a hint of molasses.

It’s flavor is both and wildly smooth, enveloping your palette with a multitude of flavors but never overwhelming you as some stouts can do. So if you find that stouts are just too intense for you, give this gem a try.

The cheese I picked for partner with Samuel is one that I’ve always loved and I feel is heavily underrated, it’s called Blue de Basque.

I know what some are thinking “Blue cheese?!” It’s true that most people tend to avoid blue cheese, because of it looks and its reputation for being “stinky” and “strong”, but I think that you just need to find a good blue that isn’t too powerful, and Blue de Basque just might be the one you’ve been looking for.

It’s a sheep’s milk cheese so it houses a rich, sweet creaminess you won’t normally find in a blue, with a soft slightly oily texture that blends beautifully with the malty and robust taste of Samuel’s stout. The rind is somewhere between and hardened natural rind speckled brie-style rind that makes this cheese both delicious and visually appealing.

So if you’re new to cheese or just looking for a great cheese and beer pairing, head down to any of our store locations and pick up Blue de Basque today! Happy Autumn everyone!