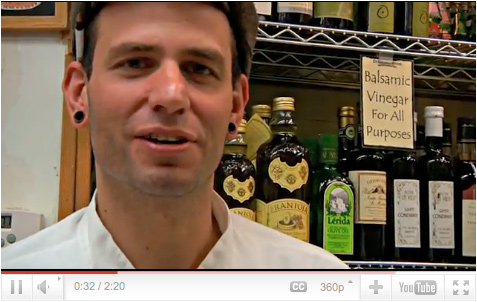 On July 8, 2011, Di Bruno’s own Zeke Ferguson competed in the ultimate battle of curds: The Cheesemonger Invitational. He placed 4th in this epic battle of cheese mongers from around the world, returning to Philadelphia proud. Check out this new video where Zeke, from our 9th street store, recap’s the battle, talks about his favorite cheeses, and shows off his cheese tattoos!

Congrats Zeke! You did us proud! AWESOME!!! Had the Montgomery’s cheddar and truffled brie last week….

Zeke rocks! I love all the cheese tattoos on the 9th Street mongers. Talk about passion for an art — cheese-mongering IS an art, doncha’know?

Thanks for doing our city proud!