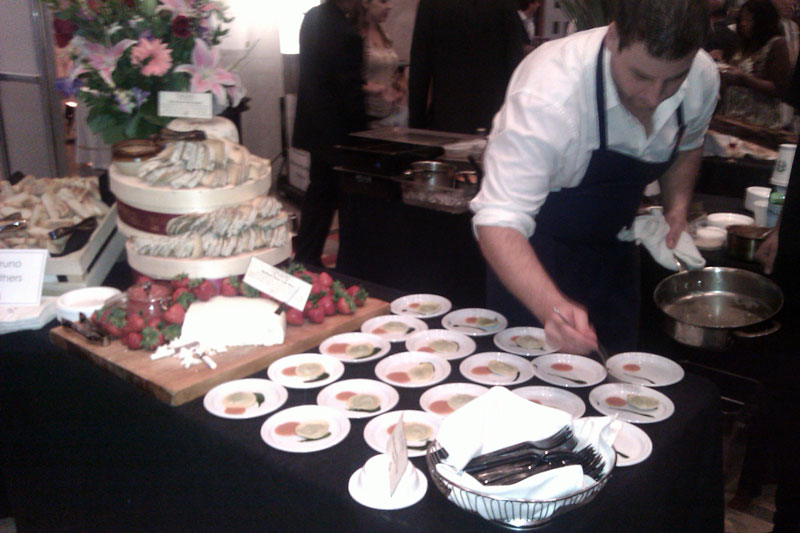 During the month of June, Di Bruno Bros. participated in several fabulous fundraising events showcasing the culinary creativity of our Chef Rob Sidor.

On June 20th 2011 at the Taste of the Nation Event, Chef Sidor presented Nuvola di Pecora and Rapini Ravioli with Pepperoni Sauce and Sweet Basil which was a huge hit. Share Our Strength’s Taste of the Nation is the nation’s premier culinary benefit dedicated to making sure no kid grows up hungry.

On June 27th, Chef Sidor was at the 7th Annual Chefs’ Dinner for PAWS, the singular event of the year that brings chefs and patrons together for an evening of food, fun and fundraising for our furry friends. During cocktail hour Chef Sidor wowed the upscale crowd with his Slow Roasted Spanish Octopus Summer Sausage, Heirloom Tomato, and Cerignola Olive dish.