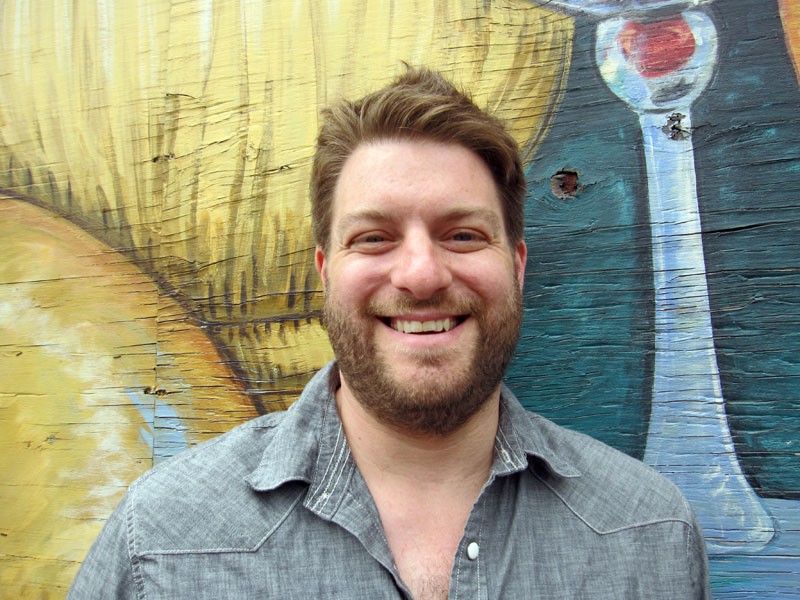 Favorite Part of the Job: People are always asking you questions, so you have to learn stuff constantly. For example, when I started I didn’t know about vegetarian rennet [a coagulant used in cheesemaking], but customers would come to the counter and ask for “vegetarian cheese.” Now I know to point them toward Portuguese cheeses, like La Serena, Gardunha, and Azeitao. They’re all made with rennet from cardoons, which are like thistles.

Training: I don’t have a food background. I used to sell real estate. Three years ago, I got into cheese, and I started to study. I highly recommend The Cheese Primer – it’s a must read, even though it’s not perfect. And I love Mastering Cheese. Now, I get a lot of information from other cheesemongers, both in the shop and on Twitter.

On Social Media: I was never into Twitter until I got into cheesemongering. There’s always cheese news. I follow Cabot, Jasper Hill, and lots of other cheesemakers and cheesemongers. I get a lot of pairing ideas that way. And recipes.

On Cooking: I try to cook something new a couple times a week. I love to try cheeses with seasonal vegetables. Last week I made a sweet pea gazpacho from the James Beard website. It was great – I’d definitely make it again.

Three Cheeses He’d Request Before Dying: I’d start with Ticklemore. It has a lot of complexity, but it’s also cleansing. The texture is like an airy pillow with a mushroomy rind. It looks like a space ship. Then I’d have to go with something Basque, like Ossau Iraty. It’s a cheese with a long history, and it’s just beautiful. I love how it’s made. For the last cheese, I’d have to go with Pleasant Ridge Reserve. It’s just…amazing.

Common Misconception He Wants to Clear Up: That cheese is unhealthy. People tend to eat bland cheese and then they eat a lot of it.

After Hours: Once a month, I team up with McCrossen’s Tavern, at 20th and Spring Garden, for a cheese and wine pairing dinner. I used to live across the street so that place was like my living room. Now, on the last Thursday of the month, I pick 4 cheeses and Lauren Harris, formerly of Tria, picks 4 wines. Then, Todd Wentz creates a food pairing around them. In July, we’ll probably go Spanish.

Favorite Thing About Philly: I’m continually amazed by the restaurants here. I love Le Virtu – they have their own charcuterie program. I also love Southwark. And Nam Phoung and the Vietnamese market behind it — they have really nice pig ears.

Rocco, it was nice to meet you and to share in the Sister Noella experience.