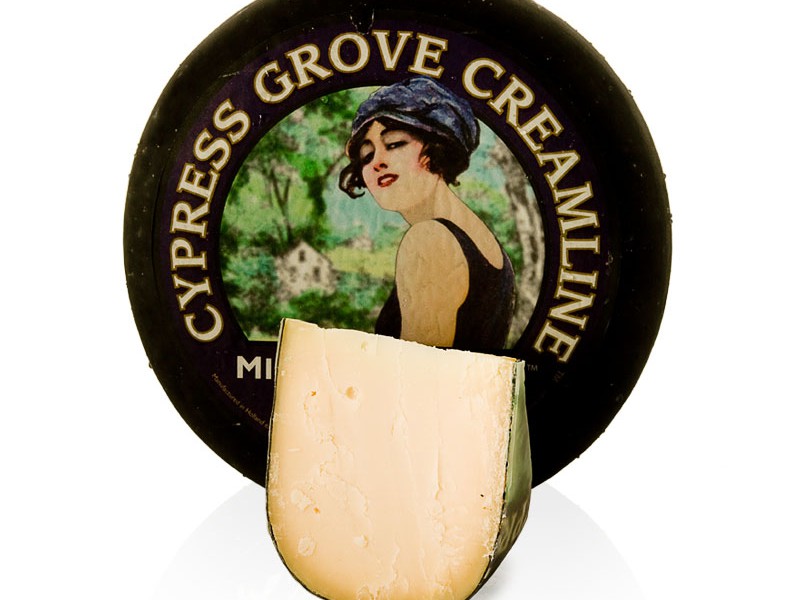 One of the most misunderstood items we sell is goat’s milk cheese. Why is goat cheese so maligned? Probably for the same reasons it is so beloved: it can be gooey, flaky, zesty, tangy and maybe even a bit barnyardy.

Goat cheese is like the liver of the cheese world, most people either love it or hate it. Period. But, unlike liver, milk is a magical thing; in the right hands and with the right recipe, you can turn it into a whole other beast.

Take for instance Pantaleo Sardo. If it wasn’t for its bone white color you’d have no inkling that it was made with goat’s milk. It looks like a Pecorino (that’s a sheep’s milk cheese from Italy), smells like a Pecorino, and it even has some of the herbaceous, savory qualities of Pecorino, but with a clean and nutty (think pistachio ) flavor you can only get from the goat.

Up next in our bag of tricks is Midnight Moon, possibly THE SINGLE MOST  DELICIOUS CHEESE IN THE STORE — that’s according to last year’s March Madness
of Cheese anyway, where customers chose their favorite cheeses from four brackets and only one could win!

Midnight Moon is an aged Gouda made in Holland for Cypress Grove, an awesome goat cheese maker (see their Humboldt Fog or Truffle Tremor) based in California. Midnight Moon is sweet and savory; it tastes like apricots and fresh cream. Its texture perfectly toes the line between firm and creamy, flecked with the occasional protein crystal. I’ve seen it sway sworn-goat-cheese haters from 4 to 70 years old.

The last of the non-goat goats is the foot in the door to all goat cheeses, meaning that if someone tries this and likes it, you can rest assured they’ll be coming back and asking for even stronger goat cheese next time. It’s Caprichio di Capra, a fresh goat cheese from Spain, and while it hints at the lemony, acidic zing people are wary of it also has a sweet cheesecakey quality and an enjoyable thick, fudgy texture. It’s great spread on toasted
raisin bread with a drizzle of honey.

So the next time you’re in our neck of the woods, come in and challenge your palate! Try something new and you might just find out that you like great cheese no matter what the milk.

Count me in as a person who LOVES goat cheese. The goatier the better in my book. The Midnight Moon is amazing!

[…] This post was mentioned on Twitter by Chase LeBlanc, Mark Moreno and Elizabeth Miller, Di Bruno Bros. Di Bruno Bros said: For you goat cheese fanatics, and especially for those that think they don't like goat cheese: http://bit.ly/eE9kuG […]