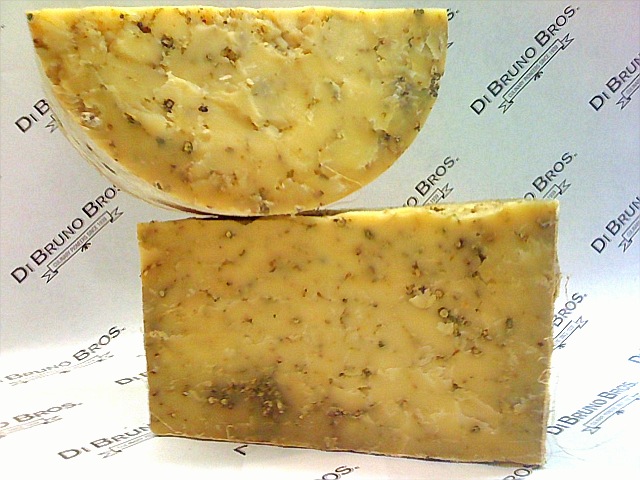 We all love our Parmigiano-Reggiano and Pecorino Romano, but there’s a whole world of aged hard cheese to explore for the purpose of grating.  When grating cheese over dishes, it is important to remember that the cheese should be selected for its individual merits and flavor profiles, and not merely as part of a salt delivery system.  One must  think of the grating cheese as the final adornment for a masterpiece.  You, as the chef, have carefully considered and selected all ingredients to make your special meal, and you should extend that line of thinking to the type of cheese that is grated over top.

The following is a short list of cheeses that I regularly use for the purpose of grating — some traditional and some fairly unconventional.  The following should serve not as a set of rules, but rather, as a guide to exploring the hundreds of cheeses that are suitable for grating.  Included are some specific applications for each cheese mentioned but, since you are the chef, it is important to find combinations and flavors that work for you and for your individual dishes.

Marco Polo is a 12-month cheddar from the Beecher’s company that is dry enough for grating, but not too dry that it will not melt.  This cheddar is named for the explorer who is credited with bringing spices back to Europe from China, and the cheese itself is loaded with green and black Madagascar peppercorns.  It is earthy, robust and sharp.  Marco Polo is ideal for dishes in which one would add pepper anyway, such as mashed potatoes and macaroni & cheese.  Marco polo remains a shining example of American cheese-making ingenuity and is suited for use with comfort foods, soups, and burgers. Try using this where you would normally employ Sicilian Pepato.

Cabot’s Clothbound Cheddar is a single-farm English ‘farmhouse cheddar’ style made by Cabot Creamery in Vermont and aged by our friends at the Cellars at Jasper Hill.  Made from pasteurized milk and vegetable rennet, this cheese is earthy, full flavored, and musty as it is a cave-aged cheddar.  The full flavor of this cheddar accentuates the  flavors of fall and is a welcomed addition to any plate containing squash or root vegetables.  It is great shaved into soups, served atop brussel sprouts, and added as a new dimension to dishes featuring gamier meets such as lamb, boar, venison or goat.

Pantaleo Sardo is an aged ‘caprino style,’ made from goat’s milk, which hails from the island of Sardinia in Italy.  By the late 1800s, the Roman sprawl had taken over much of the pasturelands in Lazio (the Roman countryside), and Italian officials designated Sardinia as a suitable site for Pecorino Romano production as well.  As a result, much of the Pecorino Romano that is enjoyed today comes from Sardinia, as it is home to many wonderful sheep herds; and cheese making on the island has been going on since the bronze age.  That being said, Sardinia is also home to many fine goat herds, and local cheese makers set out to produce a cheese that would highlight the flavorful milk that these goats produced.  The result was a firm, medium aged goat’s milk cheese that is easily grated or shaved.  Pantaleo is creamy and somewhat mild up front with just a hint of white pepper and pistachio in the finish.  This flavor profile makes Pantaleo a great choice for use in dishes with delicate proteins, such as chicken and especially, seafood and shellfish.

Fiore Sardo is another fine Sardinian cheese that has been produced since 1200 B.C.  Many of the techniques that are employed in cheese-making today were pioneered by the Romans over 2000 years ago.  The Romans took what was known about cheese-making at the time, and in true Roman efficiency, expanded upon these methods in a attempt to supply their bolstering armies with durable foodstuffs.  If making cheese was a means of preserving milk, then aging and smoking cheese was a means of preserving the cheese itself and, for this, we have the Romans to thank.  Fiore Sardo is briefly cured before it is smoked over balsa wood and then set to age for 3 – 8 months. The rind is natural, golden-yellow to dark brown and has a sour, damp smell. The cheese is hard and grainy and has a wonderfully rich flavor, with caramel sweetness, salty tang and a hint of fruit.  Because of its smoky flavor, Fiore Sardo is excellent with high acid foods such as tomatoes and salads dressed with a vinaigrette.   Try this over bucatini all’amatricana.

Peperino Stagionato is a Tuscan style Pecorino which is studded with red pepper flake and aged for 120 days. The red pepper flake adds a little heat but really serves to accentuate the flavors of the sheep’s milk.  Peperino Stagionato is a fantastic replacement for pepper jack and is a welcome addition to dishes where a little heat is wanted, such as a Fra Diavlo, Puttanesca, Arrabiata or a simple Eggs in Purgatory.

This is fantastic! I am about to make a gnocchi dish, with a garlic butter sauce. All recipes i have looked over call for parmesano reggiano (sp?) And i just dont have any shredded parm in the house. Grated parm never works out as a good substitute for me in these situations, so i was trying to think outside the box, and i found a hunk of Beecher’s Marco Polo in the fridge that sounded interesting. Thank you for confirming my hypothesis that Marco Polo would make a decent sub for Parm! I cant wait to try it out in this recipe!

[…] This post was mentioned on Twitter by Madame Fromage, Di Bruno Bros. Di Bruno Bros said: Thinking Outside the Can: Grating Cheeses Beyond Parmesan and Romano: http://bit.ly/bjV0ar […]