The names of Italian cured meats are notoriously unstable when it comes to their pronunciation. When there are so many different varieties of meats due to regional styles, it’s easy to see where “gabagoo” came from. At Di Bruno Brothers, we have heard nearly every possible form of these words, from super-sausage to Purzoot (sopressata and prosciutto, respectively). However, there is a method to the madness, and not surprisingly, it all starts in the homeland.

The confusion stems from the many regionalized styles of coppa in Italy and the difficulty of importing them to the United States. A centuries old tradition, some form of coppa is created in nearly every region of Italy. There are two DOP (dizionario d’ortografia) protected coppas in existence today: Coppa Piacentina and Capocollo di Calabria. DOP means they can only be made in a certain region and according to traditional methods. Coppa Piacentina is made with pork neck muscles and stuffed into an intestine casing. Capocollo di Calabria is made with wine moistened meat from the high part of the leg and then stuffed into a casing. Both of those coppas use a whole cut of meat. This is the most basic difference between coppa and soppressata, in which the meat is ground and then stuffed into a casing. Most American made coppa comes from pork shoulder and neck and is spiced with either black peppercorn (sweet) or red pepper (hot). Regulations regarding slaughterhouse conditions in Italy prevent Italian coppa from being exported to the United States. Therefore Di Bruno’s carries only American-made coppa.

The other capicola-style product we carry is called ham capocollo or ham-capi. A boiled ham coated with spices, it is leaner than coppa and larger. Nearly one foot by six inches, it is packed in water. A company called M&V Provisions company claims to have invented the ham capicola product in 1949. According to their website, ham capicola was created “by combining Italian capicola with boiled ham.” The version we carry at Di Bruno’s is called Ham-O-Collo. It is spicy, and nearly addictive.

Both our hard, cured coppa and the ham capi can be used in similar ways but with very different effects. The hard capicola must be sliced thin or else it is too hard to chew. When cut correctly, it has a texture close to that of Prosciutto di Parma. Wrapped around cheese like Asiago Stravecchio or roasted peppers, it makes a decadent appetizer or addition to an antipasto salad. Or it can be added to a sandwich with prosciutto and cheese. You can also wrap it around asparagus or smaller cuts of meat before grilling or baking. And of course, there is nothing wrong with eating coppa slices straight.

Ham capocollo can also be eaten in diverse ways; in fact, you could eat ham capi for breakfast, lunch, and dinner. You can be sure that at least once a week, someone at Di Bruno’s eats a scrambled eggs, ham capi, and American cheese sandwich for breakfast. And what makes a better, quick lunch than a ham capi sandwich with provolone and mayo. For dinner, try slicing a whole ham capocollo in half and setting both pieces on a plate – it’s easy and classy. All jesting aside, ham capi is one of my favorite sandwich meats and even works as an appetizer wrapped around cheese.

All of the coppa meats we carry are made by east coast companies, Freda Deli Meats and Danielle Meats in Rhode Island. However, our hard capicolas will soon be produced in house. We tasted the new coppa a few weeks ago and are waiting for the first shipment. It is handmade to a homemade recipe and will soon replace our current sweet and hot coppa. The new meat has a richer flavor and can only be described as delicious. We have no plans to replace the ham capi, but then again, how can you improve perfection?

For two products as different as they are, only the word “ham” separates them in terms of linguistics. One was created so long ago it’s difficult to guess the time or place of its origin and the other was created only recently as a new take on the Italian classic. The only way to truly differentiate them, and to be honest, the only thing that really matters, is to taste them and enjoy their flavors. And once you try coppa and ham capi and use and appreciate them, you realize that the name doesn’t matter all that much when you are eating. 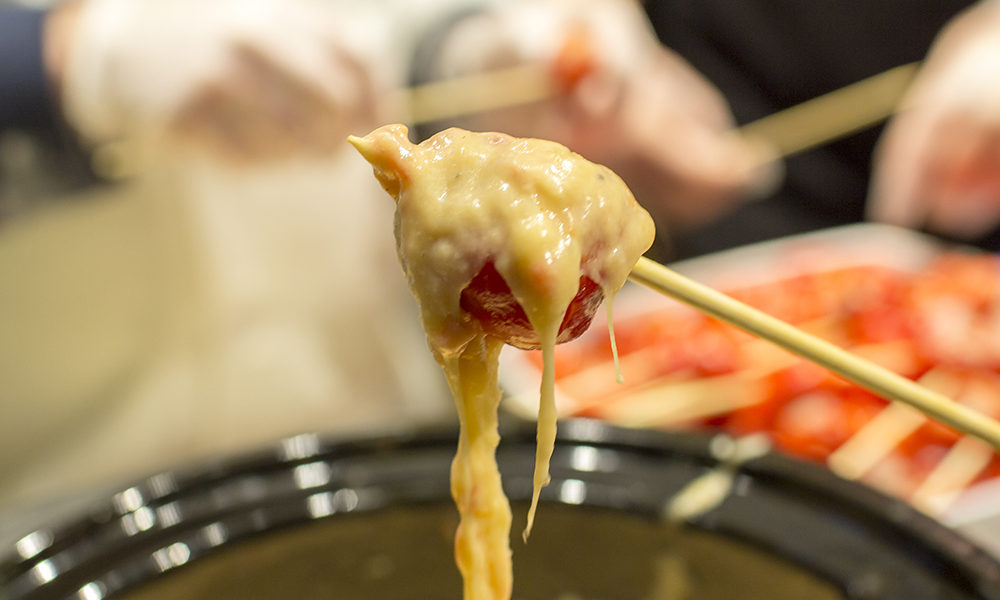 Be the First to Know

Subscribe to our newsletter to hear about special offers, events, and recipes, plus enjoy 15% off your first order!

Thanks For Joining Us!

Check your email/texts for your welcome discount!

Be the First to Know

Subscribe to our newsletter to hear about special offers, events, and recipes, plus enjoy 15% off your first order!

Thanks For Joining Us!

Check your email/texts for your welcome discount!

Jackie, I look forward to each of your in the kitchen presentations. Thanks ,each is enjoyable and each prompts me to try harder to present good food.